Get the app Get the app
Already a member? Please login below for an enhanced experience. Not a member? Join today
News & Media AOPA TURNS TO CONGRESS TO SOLVE FAA CREATED FLIGHT TRAINING CRISIS PR

Sen. Jim Inhofe (R-Okla.) and Rep. Sam Graves (R-Mo.) have introduced the Certainty for General Aviation Pilots Act of 2021 in both houses to clarify “that individuals engaged in aircraft flight instruction or testing, including phased testing of experimental aircraft, are not operating an aircraft carrying persons or property for compensation or hire.” 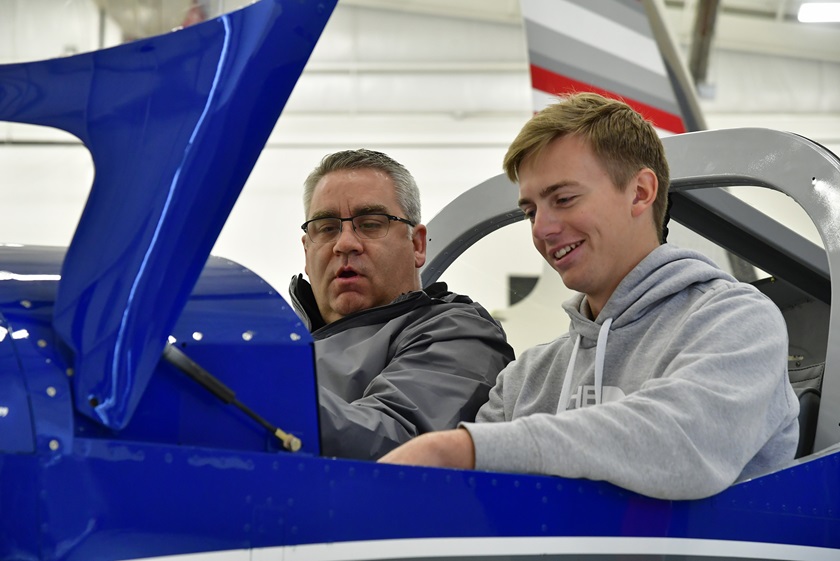 The bills, S.2458 and H.R. 4645, were introduced July 22 to reverse the damaging impact of an FAA directive that as of July 12 requires owners of experimental aircraft in which pilots receive training, or the instructors who provide the training for compensation, to obtain a Letter of Deviation Authority (LODA) from the FAA. Pilots and instructors engaged in compensated instruction in limited category aircraft or the handful of primary category aircraft in the registry must obtain a regulatory exemption (not the same as the LODA process but providing the necessary permission) before conducting training. Those training in aircraft with a standard airworthiness certificate are not impacted.

The need for a remedy arose after a federal court upheld an FAA cease-and-desist order against a Florida company, Warbird Adventures, that the FAA said was providing paid instructional flights in a Curtiss P–40 Warhawk, an airplane with a limited category airworthiness certificate. The decision stated—incorrectly, say aviation groups—that “when the student is paying for the instruction, the student is being carried ‘for compensation.’”

The directive triggered uncertainty in the pilot community that has generally understood flight training to be entirely unrelated to flying an aircraft for compensation or hire. The FAA also said money is not the only form of compensation instructors can benefit from.

“The bureaucratic response from the FAA’s legal office actually impedes safety, which is unacceptable. We will work with our industry partners and our membership to support legislation in Congress so we can bring clarity and coherence to this whole issue,” said AOPA President Mark Baker.

On the introduction of the identical bills in the House and Senate, Graves, the House Transportation and Infrastructure Committee Republican Leader, issued a statement calling for the FAA to return to a “commonsense” policy.

“The FAA’s recent change to its longstanding legal guidance on flight training put 40,000 general aviation pilots in regulatory non-compliance overnight,” he said. “Besides creating a significant amount of confusion, the FAA needlessly added more bureaucratic red tape for pilots that does nothing to improve aviation safety. In fact, the FAA’s actions are actually creating safety concerns because they undermine a basic principle of aviation safety that a pilot should be trained in the aircraft he or she will be flying. This bill restores the FAA’s previous commonsense interpretation of these flight training regulations and reestablishes a system which had been in place and working for decades.”

Inhofe, the bill’s lead sponsor in the Senate, said the legislation would eliminate unnecessary regulatory burdens.

“America’s aviation community is vital to our nation,” he said. “That’s why I introduced the Certainty for General Aviation Pilots Act, legislation that will remove needless bureaucratic burdens that hinder pilots from flying aircraft tomorrow that they were able to fly yesterday. This bill would remove new and unnecessary regulations and get pilots safely back to the skies. I am proud to fight for their priorities in Congress and I look forward to working to getting this bill signed into law.”

Baker and the leaders of 10 other aviation organizations noted their strong support for the legislation in letters to Graves and Inhofe.

AOPA will continue strong advocacy for restoring flight training to its safe, sensible prior status and will work to ensure that a regulatory slippery slope has not been created for flight training.

The bottom line for now, as AOPA is informing members who contact us with questions, is that since July 12 anyone providing or receiving flight instruction in their experimental, limited, or primary category aircraft is at legal risk if they do not have a LODA (experimental aircraft) or exemption (limited or primary category aircraft) in place before conducting or receiving the training.