Get the app Get the app
Get the latest news on coronavirus impacts on general aviation, including what AOPA is doing to protect GA, event cancellations, advice for pilots to protect themselves, and more. Read More
Already a member? Please login below for an enhanced experience. Not a member? Join today
News & Media New school for jump pilots opens in NC

Transporting skydivers to launch altitude is some of the most exciting flying you can do, said Jumpers Away founder Ed Scott, an instrument-rated commercial pilot and longtime skydiver who is teaching pilots how to fly jumpers at a North Carolina flight school near the birthplace of powered flight. 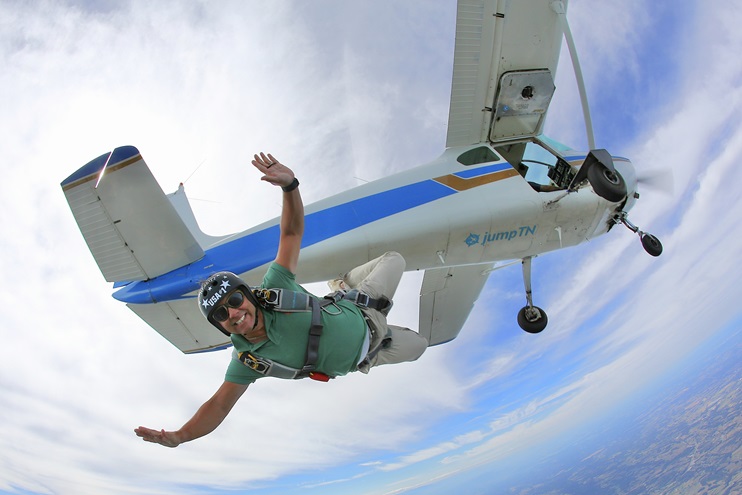 A skydiver jumps from a modified Cessna. Photo courtesy of Don Carrington, Jumpers Away.

With a fresh commercial pilot certificate in hand and numerous jumps in his log by the end of the 1980s, Scott had combined his two aviation passions and realized his life’s calling. “On a good day I flew 16 loads of jumpers from sunup to sundown on Saturday and again on Sunday,” he recalled. Numerous trips in a Cessna 182 from a Pennsylvania airfield to an elevation of 10,000 or 11,000 feet agl made for “very full days and you’re pretty tired, but it’s very exciting. The skydivers are also excited and they’re having fun.” The weekend work allowed Scott to build his flying experience quickly, and it was personally rewarding.

Scott said logging dozens of flight hours within a short time span appeals to lower-time commercial pilots because it allows them to build time rapidly while gaining experience in larger and more complex aircraft.

However, he learned of a downside after a mid-1990s skydiving accident that involved a relatively inexperienced commercial pilot and resulted in six fatalities. The low-altitude stall and spin “was very preventable and avoidable, and it stuck with me.” The accident led Scott to a skydiving industry career and a desire to “up the professionalism of the jump pilot community” by enhancing the safety culture surrounding it. He held a government relations role with the U.S. Parachute Association for more than two decades and promoted professionalism to drop zone operators and pilots. “Our goal was to learn from accidents and then apply that knowledge to drop zone operations. It just became ‘my thing.’”

Jumpers Away founder, skydiver, and pilot Ed Scott plans to sell an emergency ram-air parachute called the Aviator made by Sun Path Products for around $2,700. He said the maneuverable parachute is similar to those favored by skydivers and allows users to better choose their landing site. 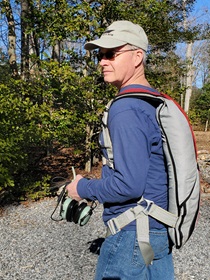 “We ditched round parachutes decades ago because wing parachutes open more reliability, they are far more maneuverable, and they land very softly,” compared to round parachutes. “If I’m under a ‘round,’ I’m basically going to land where the wind takes me—whether it’s a power line, a lake, or a field. With the square, ram-air parachute, it’s more maneuverable and I can now choose where I’m going to land.” Scott said the thin backpack parachute originally designed by Rigging Innovations “is the most comfortable rig” he’s worn.

Jumpers Away seeks to enhance the competence of commercial pilots through training and a thorough understanding of jump pilot operations for the pilot, the aircraft, and the skydivers.

A few of the specific skills that Scott teaches are communicating with the FAA and air traffic controllers, learning best rates of climb and descent, anticipating weight and balance shifts during jumps, mastering slow flight and open-door operations, and maintaining vigilance for a jumper’s parachute and safety equipment.

During a typical climb to a lower-teens drop zone altitude, pilots call ATC and advise them two minutes prior to a jump so airspace can be cleared. A “jumpers away” radio call is heard by other pilots as skydivers slide out of a Cessna 182 Skylane modified with a vertical-hinged door, no passenger seats, and a metal platform attached to the right strut and landing gear. One by one, they reposition on the step in the slipstream before free-falling and opening their steerable parachutes. “You build up quite a bit of drag out there, and as they jump away, your power setting and airspeed are already set for the descent, so it allows you to descend rather quickly” without shock-cooling the engine, Scott explained. More powerful aircraft can drop skydivers from higher altitudes.

Scott said skydivers and their pilots are trained to be ever watchful of the main and reserve parachute packs—and the pins securing them—so they can react quickly if a parachute deploys while a jumper is still in the aircraft. An inadvertent release could pose a serious safety threat for the jumper, the pilot, and any remaining passengers. The modifications to the Skylane performed under a supplemental type certificate require pilots to don an emergency parachute and be prepared to use it.

The all-in basic jump pilot course at coastal Dare County Regional Airport on the Outer Banks costs $5,500. It includes 20 hours in a Cessna 182 beginning with five hours of ground school reviewing applicable parts of Part 91 and Part 105 regulations, advisory circulars, the aircraft, the parachute rigs, and other resources. “We get all of the ground review out of the first, then we focus on normal jump operations” said Scott. Jump pilots learn about weight and balance considerations, jump altitudes, best practices for takeoff and climb to the drop zone, slow flight aircraft handling, communications, and efficient descents. 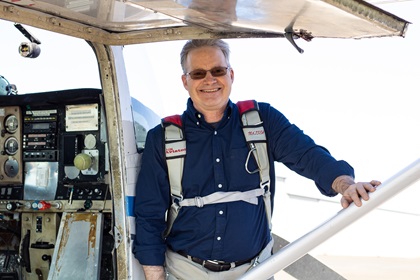 Minimums are “a fresh commercial ticket and under 400 hours total time,” Scott said. Most skydive operators are looking for at least 20 hours in make and model of airplane, plus a certain number of jump flights. The Jumpers Away course is designed with those requirements in mind. “When you finish my courses, you’ll be closer to the minimums required by insurance carriers,” Scott noted.

A one-day parachute familiarity course for jump, aerobatic, warbird, or “any pilot who thinks they might need to wear an emergency rig for any reason” is offered for $300, said Scott. It includes bailout procedures, safety protocols, and on-the-ground egress practice. He said parachute familiarity is important for these pilots because “you don’t want to learn about it during the first time that you’re exiting an aircraft and depending on a chute to save your life.”

Scott said working for the parachute association made it clear that “every skydiver deserves a trained professional pilot.” 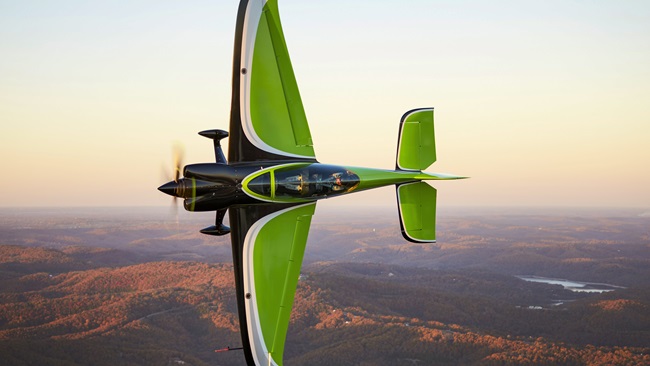