Get the app Get the app
Already a member? Please login below for an enhanced experience. Not a member? Join today
News & Media Jobs await CAU graduates 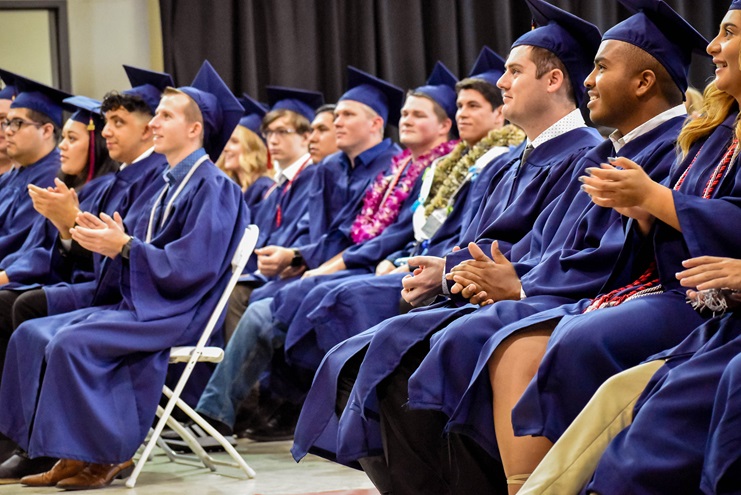 These graduates enjoyed a less distant version of the 2020 graduation ceremony that included a personal message from AOPA President Mark Baker delivered in a prerecorded video. For its third graduation, the school turned to another pilot who logs a lot of time on YouTube: Swayne Martin, an airline first officer who created a YouTube channel with 231,000 subscribers drawn to his detailed insights on what graduates can expect to encounter on their first airline job—beyond what most pilots typically train for.

“Each video is targeted to answer questions that students and instructors are not traditionally exposed to during flight training,” CAU noted in a news release. “The resource he’s created is the first example of an airline-approved comprehensive view on becoming an airline pilot.”

The graduating class will likely be spending some time on that channel, because the university has established partnerships with various airlines that put graduates to work. The school’s roots date to 2012, when CAU President Matthew Johnston began planning what would become a professional flight training program that conferred its first degrees in 2019. CAU graduates have landed jobs at SkyWest Airlines, Piedmont Airlines, Envoy Air, Mesa Airlines, and other operators.

“Our flight team is always impressed with their expertise in the flight deck and beyond,” Darnell said in the news release. “Congratulations to this class of distinguished graduates on all of your hard work.”

A video of the September 18 ceremony compiled by CAU highlights the graduates’ work, ambition, and future plans.

In addition to its purpose-built flight training facility in Bakersfield, CAU also operates flight training centers at Oxnard Airport and at Montgomery-Gibbs Executive Airport in San Diego, as well as a new campus location at Falcon Field Airport in Phoenix.