Get the app Get the app
Already a member? Please login below for an enhanced experience. Not a member? Join today
News & Media Aviation mourns Hedrick, avionics innovator

Geoffrey Hedrick, the founder, chairman, and CEO of Innovative Solutions and Support Inc., died January 12 after a sudden illness, according to colleagues. He held nearly 100 patents and continued a family legacy of innovation. 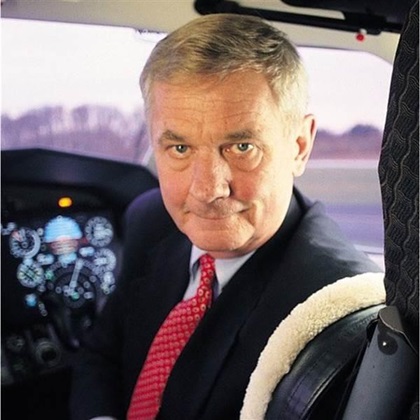 Hedrick’s death was announced by the company he founded and led until his death at age 79, prompting tributes and remembrances from the General Aviation Manufacturers Association, among others. The son of Paul Harrington Hedrick and nephew of Carle Kause, both of whom contributed to the development of the Sperry Mk 19 gyrocompass used to navigate the first submarine journey beneath the North Pole, Hedrick became an accomplished entrepreneur and inventor in his own right.

Among Hedrick’s many tangible contributions to general aviation cockpits, he was “most proud,” GAMA noted, of patenting the first autothrottle approved by the FAA for turboprop aircraft. The ThrustSense autothrottle system from IS&S was part of an upgrade package for Beechcraft King Airs featured in the September issue of AOPA Pilot Turbine Edition.

That patent was just one of around 100 awarded to Hedrick over a career that touched many aspects of aviation, producing retrofits and product improvements for a wide range of devices and systems.

“The entire aerospace industry has lost a giant,” said GAMA President and CEO Pete Bunce. “Geoff was always looking at platforms in both the military and civil sectors to improve performance [through] the development and equipage of advanced avionics capabilities. Aviation owes a lot to Geoff Hedrick, and he will be tremendously missed.”