Get the app Get the app
Already a member? Please login below for an enhanced experience. Not a member? Join today
News & Media AOPA welcomes next generation of air traffic controllers

Undergraduates from the University of North Dakota Student Air Traffic Controllers Association (SATCA) had the opportunity for some real-world learning during a visit to AOPA’s Washington, D.C., office February 22. 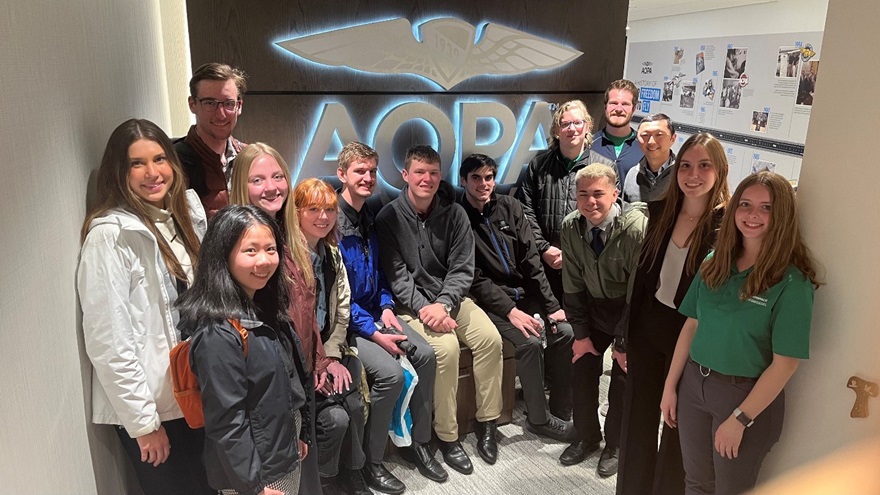 “It’s exciting to see the next generation of controllers being exposed to various aspects of the national airspace system. Giving some of them a glimpse into the priorities of general aviation is an integral part of that,” said McClay.

AOPA welcomed the opportunity to host the student group as part of our outreach efforts to connect with the next generation of aviation professionals. For several years, AOPA has been working to introduce more people to flying through the You Can Fly program, while also supporting initiatives that introduce more students to well-paying careers in aviation.

According to the FAA, there are some 14,000 controllers operating out of around 700 ATC facilities across the United States. According to the Bureau of Labor Statistics, the national annual wage of an air traffic controller is more than $120,000—a major incentive for aspiring professionals.

In addition to touring AOPA, the student group also visited the FAA, the College Park Aviation Museum in Maryland, and the U.S. Capitol.