Get the app Get the app
AOPA will be closing at 2:30pm ET Wednesday, November 23rd, and will remain closed Thursday and Friday in observance of the Thanksgiving holiday. We will reopen Monday November 28th at 8:30am ET.
AOPA Members DO more LEARN more SAVE more - Get MORE out of being a pilot - CLICK HERE
News & Media EPA moves forward with proposed lead finding

No immediate effect on general aviation

The Environmental Protection Agency released on October 7 a long-anticipated proposed finding that lead air pollution endangers public health, and that emissions from "certain aircraft cause or contribute" to lead pollution. The FAA and aviation stakeholders are years ahead on this issue. 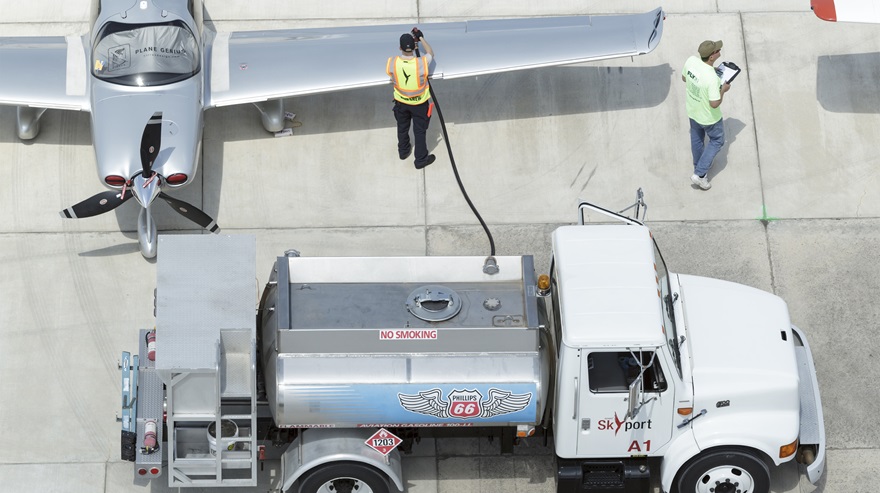 The release of the proposed findings is a first step in the federal regulatory process that simply points out something everyone already knows, lead in aviation gasoline is not good. The proposed Endangerment Finding, to be published in the Federal Register and subject to public comment, was reported by The Hill, along with a statement from EPA Administrator Michael Regan declaring the obvious: that aviation fuel is the "dominant source" of lead emissions, decades after lead was phased out of other fuels.

This is news to nobody, certainly not the Eliminate Aviation Gasoline Lead Emissions (EAGLE) coalition of industry, government, and aviation stakeholders including AOPA, which in September hailed the first FAA approval of a 100-octane, lead-free fuel that may one day be available at airports across the country. Additional lead-free formulations have been tested for decades, and some may also gain FAA authorization for use. AOPA and other stakeholders have urged federal, state, and local officials to ensure that aviation safety is not compromised as the piston aircraft fleet transitions to lead-free fuels that remain unavailable at most airports, though manufacturers including General Aviation Modifications Inc. are working to ramp up production and distribution as quickly as they can. With about 5,000 public-use airports across the country, it will take some time.

EPA's action sets up a process for public comment on its proposed finding and the agency will then come forward with its final finding sometime next year, which will most likely require the FAA to develop a plan to remove lead from aviation gasoline with an anticipated time frame of no later than 2030.

"First, we all want the lead out, and second, today’s announcement has no impact on the use or sale of 100LL. As I have said in the past, if this were easy it would have been done already. Nonetheless, we need a safe and smart transition, and we will continue to focus our efforts on assisting any FAA approved unleaded fuels be realized for pilots as soon as possible," said AOPA President Mark Baker.

In September, the FAA approved GAMI's G100UL fuel for virtually every piston engine aircraft in the fleet. Swift Fuels has also developed and fielded a 94-octane aviation fuel that is safe for use in many smaller piston aircraft, though not all, and they expect FAA approval for their 100-octane unleaded fuel in 2023. In addition, the FAA’s Piston Aviation Fuels Initiative is also currently testing two additional candidate fuels. Baker said in September that AOPA hopes to see several lead-free fuels become widely available in the not-too-distant future.

Read more about AOPA and industry efforts to accelerate the arrival of lead-free fuels online.