Get the app Get the app
AOPA Members DO more LEARN more SAVE more - Get MORE out of being a pilot - CLICK HERE
News & Media Gyro Hero: Controlled emergencies

Playing with speed to nail a spot

Editor's note: *Editor’s Note: AOPA Senior Content Producer Ian J. Twombly's monthly series explores the many upsides of expanding your aviation envelope to include aircraft that some view as "contraptions," that are actually heavy on fun and fit for frugal flight. (The author is not responsible for naming it "Gyro Hero" beyond failure to register a timely objection.)

With such simple systems and relatively low cruise speeds, gyroplanes can be very safe aircraft. But emergencies are where they really shine. I'd take an engine failure in a gyroplane over one in an airplane any day. 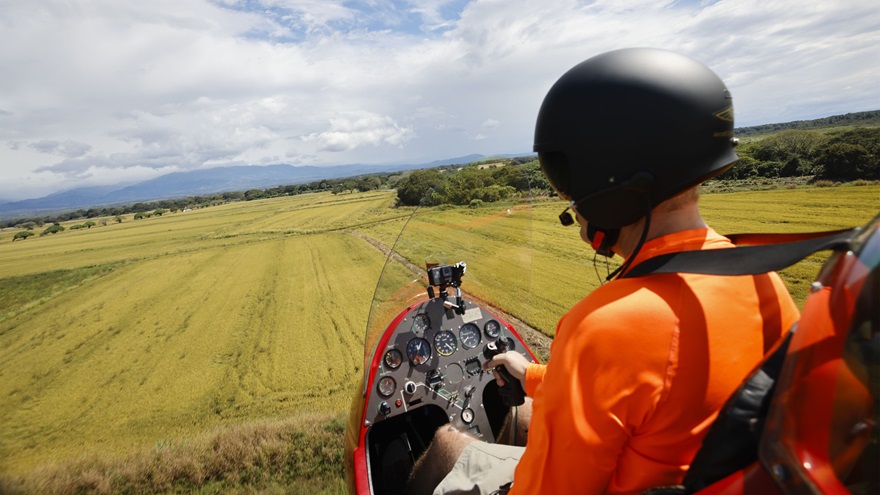 Airplanes obviously turn into gliders when their engines quit, so many pilots use this fact to justify the comparison as a quasi safety feature. If gliders make all their landings unpowered, what's the big deal if the engine quits in an airplane, the thinking goes.

True, an airplane won't fall out of the sky if the engine quits, but at some point you're going to land, and when you do, there had better be a smooth field, an airport, or a decent road in the vicinity. Because the truth is that most light airplanes need a few thousand feet of straight and uninterrupted ground on which to land and roll out. And that's if you get the approach right and don't stall on the way there.

The latest AOPA Air Safety Institute Joseph T. Nall Report illustrates the problem. In 2019 there were 132 accidents related to powerplant failures in airplanes. Nine of those were fatal. That doesn't include presumably hundreds more that were classified as incidents. Remember, to be an accident there must be serious injury or loss of property. A gear collapsing on a rough field doesn't count.

Helicopters are often lambasted for their seemingly vertical emergency descents, and in the case of Robinson, the need to act now or risk falling out of the sky. But until you've nailed a spot the size of a basketball court from 2,000 feet, it's hard to appreciate just how maneuverable they are in an emergency. Gyroplanes take the best of the airplane world and the helicopter world to create one safe little package.

If the engine quits in a gyroplane there's nothing the pilot must immediately do to keep the rotor turning. It's always doing that by itself. The engine failure procedure feels very much like that of an airplane. Pick a spot, turn toward it, and pitch for best glide. This is where the fun starts.

Best glide in the MTOSport I'm flying is between 55 and 60 knots, and "best" is relative. The manual says to expect a 1-to-3 glide ratio, or about half a nautical mile forward for every 1,000 feet of altitude. In other words, look down because that's pretty much where you're headed. With a tight downwind at 800 feet above the ground, I'm able to comfortably make the runway, but only if I react immediately.

That's the bad news. The good news is that you have an incredible bag of tricks available to see the emergency has a successful outcome. Most airplane pilots don't even notice, but speed impacts rate of descent. I think most know this, but they're so fixated on the spot that they ignore the impacts. The same is true in the gyroplane. But in such a slow vehicle with such a huge amount of drag, speed changes result in very pronounced changes.

Let's say you're long. There are no flaps to lower and the gear is welded. Slips are generally not advised because of tail stalls. That leaves maneuvering, which is a possibility, or speed control, which is better. The technique calls for parking about 1,000 feet short of the landing spot, and raising the nose to slow down. At first it feels like you're just going to climb and overshoot, but then the aircraft settles into a stable descent at about 30 knots. You can turn left and right to avoid getting too close, but there's no need to turn completely away from the spot. Instead, you can hold this attitude, or lower the nose if it looks like you're going to be short. Either way, at about 200 feet above the ground, you lower the nose to gain a bit of energy, and then flare for a soft touchdown. Done well, you could easily land on a football field, in a parking lot, in a forest clearing, or on a rural road.

Truth be told, you could probably hold 30 knots the entire way down, and still walk away. Even at that more rapid sink rate, you're still coming down at normal parachute speeds. No doubt the gyro would be scrapped, but you'd probably walk away.

For an airplane pilot the sequence is completely unreal. Being able to park yourself right off the end of your landing target and fine-tune your eventual spot with pitch is an experience that simply can't be replicated in an airplane. And it gives you a lot of confidence in the gyro, even if you can't glide very far after the engine quits.