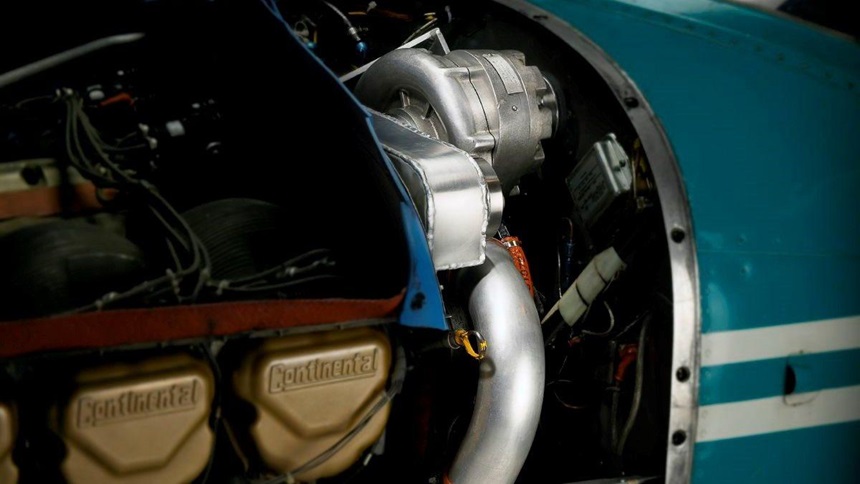 You can get maximum life out of your engine if you treat it well before, during and after flight—and if you keep up with recommended maintenance procedures.

How to Make Your Engine Live Longer

How do I know if the engine is developing full power during takeoff?

The engine must reach the specified static rpm range (before releasing the brakes) at full rpm. Check the POH for these numbers. If the aircraft can’t reach this rpm range on the ground, there may be a problem with the tachometer indication or something wrong with the engine. Possible problems include a worn propeller (fixed-pitch), an improperly set propeller governor (constant-speed), mis-timed magnetos, fouled spark plugs, a clogged fuel injector nozzle, or a blocked muffler. 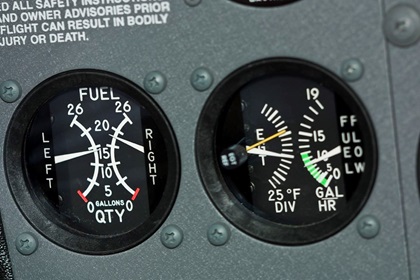 All airplanes have an oil temperature gauge, but, depending on the aircraft, two other sources of engine temperature information may be available:

CHT can be adjusted with cowl flaps, if equipped, and by adjusting fuel and airflow. On hot days, you may need to enrich the mixture, open cowl flaps, lower the nose, or even reduce power to keep CHTs within limits. Always consult the POH to learn how to manage high engine temperatures.

EGT—An exhaust gas temperature (EGT) gauge measures the temperature as the exhaust leaves the cylinder. If the engine is turbocharged, the gases will be measured just before entering the turbocharger, by a turbine inlet temperature (TIT) gauge.

When you move the mixture control, you are adjusting the ratio of fuel to air delivered to the engine. Two typical mixture settings are “best power” and “best economy.” Best power provides the most speed for a specific power setting. At a best economy mixture setting, you are trading a little speed for some fuel savings. Best economy results in the most miles per gallon at a specific power setting. At high density altitudes, you will need to lean the mixture to get the best performance out of your engine.

Lean the mixture by pulling the mixture control aft, which reduces the amount of fuel mixing with the air entering the engine. The fuel-air mixture thus becomes “leaner” because less fuel mixes with the same amount of air. When leaning the mixture, the EGT gauge shows the temperature climbing until the cylinder being measured reaches its peak temperature (peak EGT), indicating relatively efficient fuel-air combustion. Refer to the POH for correct mixture settings at various power settings.

For most airplanes, correct mixture settings are detailed in the POH. As you gain experience with leaning, you’ll find that it saves gallons of fuel and helps the engine run better. Follow the POH mixture settings carefully; this is not the time to experiment on your expensive engine.

Tip: Pilots should lean appropriately anytime they are below 75 percent power, regardless of altitude.

Can I hurt my engine by leaning too much?

Yes, at higher power settings you can hurt the engine by over leaning. Follow the POH leaning instructions to avoid damage. There is one time that over leaning isn’t a problem and that is when running at just above idle power during ground operations. During a long taxi or a lengthy wait for takeoff clearance, you can lean the engine aggressively without the risk of damage. Leaning on the ground helps prevent spark plug fouling. Just don’t forget to enrich the mixture before takeoff.

Yes, you can lean the engine at any altitude. There is no reason not to lean during cruise; it saves fuel and is better for the engine. While you will still see recommendations not to lean until reaching 3,000 or 5,000 feet, this advice is to keep pilots from forgetting to enrich the mixture before descending, and it is not related to any potential engine problems.

Can I take off if the oil temperature isn’t in the green?

Yes, but check to make sure the engine picks up smoothly as the throttle is advanced. Throttle advancement should be smooth and take several seconds from idle to full power. Cold oil doesn’t lubricate as well, and damage could occur if the oil isn’t warm enough. While engines can be started at very low temperatures, it is generally safer to preheat below 20 degrees F. Preheating improves oil lubrication, the fuel vaporizes for easier starting, and engine parts expand uniformly.

Typical items that a mechanic examines include:

Time between overhaul (TBO) is a recommendation by the engine manufacturers to indicate the expected engine overhaul interval. TBO is given in both hours on the engine and calendar time. Many Lycoming engines, for example, have an hourly TBO of 2,000 hours and a calendar TBO of 12 years. If an engine has only 300 hours but 20 years have passed since its last overhaul, it is likely in need of an overhaul.

These intervals are based on extensive engine testing and years of field experience. Remember that your airplane engine operates at much higher power settings for much longer than a typical car engine. Regular service and overhauls are essential to ensure that your engine delivers reliable, safe power every time you fly. 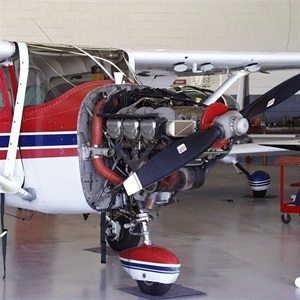 When you and your mechanic decide that it’s time for major engine service, there are three possibilities:

My engine runs very rough while it’s starting then smooths out as it warms up. Is there something wrong?

Yes, there is a strong likelihood that you have a stuck valve. The valve sticks inside the cylinder head when the engine is cold, and the metal parts are contracted. As the engine warms up, the valve eventually loosens, and the engine runs smoother. A stuck valve is dangerous because the sticking can cause catastrophic engine failure. Have this symptom checked thoroughly before flying.

I learned what to do if the engine fails, but what do I do if there is just a partial power loss?

This is an important question. Instructors rarely teach partial power loss, but it is more likely to occur than a complete engine failure. Circumstances that can cause a partial power loss vary, but the key is to determine if there is enough power to remain aloft to troubleshoot the problem. If the engine is losing power steadily, you’ll need to find a place to land quickly. An example might be a gradual loss of oil pressure; the end result is still total engine failure. A fuel line or muffler blockage could cause a partial power failure but leave enough power to stay level. In this case, you may be able to nurse the airplane to a nearby airport, but this will depend on terrain and weather. The bottom line for partial power is to treat it like a full engine failure. Troubleshoot as needed but plan to land at the nearest suitable airport.

British warbird pilot, Mark Levy, was part of a 21-airplane formation in the annual airshow at Duxford, England, when the P-51 he was flying had a partial engine out. Levy recorded the entire event on a pair of point-of-view video cameras, and he shared the images, as well as his lessons learned, in a candid discussion with AOPA Air Safety Institute Executive Director Richard McSpadden.