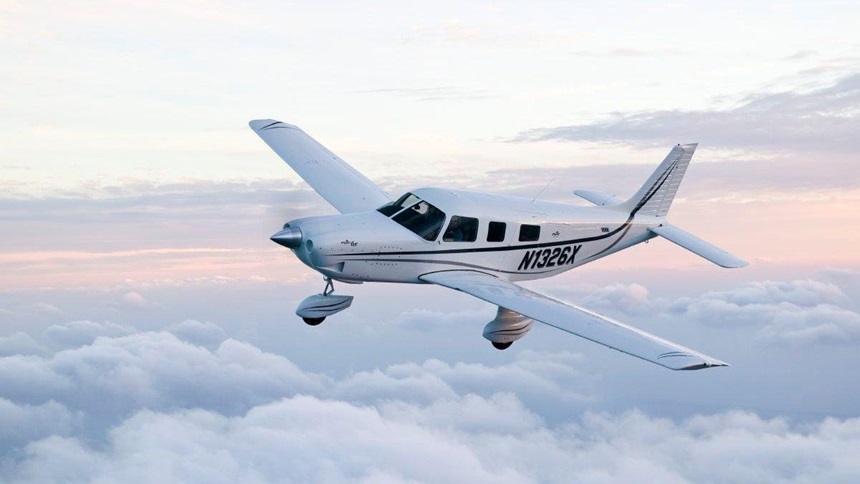 Pneumatic systems, commonly known as vacuum or pressure systems, power the heading and attitude indicators in most general aviation (GA) aircraft, and in many aircraft, also power the autopilot and de-ice systems. For pilots who regularly fly at night or in instrument meteorological conditions (IMC) these systems are critical to the safety of flight.

While accidents due to pneumatic system failures are rare, they are almost always fatal.

At the heart of pneumatic systems in GA aircraft is a pressure or vacuum-creating engine driven air pump.

There are two basic types of air pumps: wet and dry. Wet air pumps use engine oil to lubricate the inside of the pump. The more common dry air pumps have graphite vanes inside the casing which self-lubricate as they rotate. In both cases, the air pump draws air into the system through a filter. The fast-moving stream of air passes over the vanes within the heading and attitude indicator gyros, causing the gyroscopes to rotate at about 10,000 rpm.

Early recognition of a pneumatic system failure is important during any operation, but when flying IMC or night VFR it could be the difference between life and death.

While pneumatic system failures alone do not cause accidents, spatial disorientation does, and tragically those accidents are almost always fatal.

This Real Pilot Story shows how important it is to be proficient and prepared in the event of an instrument failure during flight in instrument meteorological conditions. As Dr. Donna Wilt can attest, practice partial panel in realistic situations, be resourceful, and know when to declare an emergency and use ATC’s help.engine

The first warning signs of pneumatic system failure can be subtle. Vacuum or pressure powered flight instruments will slowly begin to give conflicting and inaccurate information. Proficiency in instrument scanning is vital because a low reading from the suction or pressure gauge will often signal a failure before the gyros start giving inaccurate indications.

Redundancy in a pneumatic system can take a load of worry off your plate. While many newer aircraft come with redundant systems, older aircraft usually do not. Pilots who frequently fly in IMC or night VMC should install pneumatic system redundancy.

Pneumatic system failures can occur at any time, regardless of the age of the system. Causes include:

Whether you’re an aircraft owner, renter, or operator, defense against pneumatic system failure begins with a review of the maintenance logs and a talk with the mechanic who most recently worked on the aircraft. Study and adhere to the aircraft and component part manufacturer’s recommendations regarding inspection and replacement intervals of pneumatic system component parts.

A vacuum pump failure on a sunny day is no big deal, but in IMC—and especially without backup instrumentation—it’s a serious emergency. To see how a Bonanza pilot coped with that situation, and learn how you can do better, watch Accident Case Study: Single Point Failure.