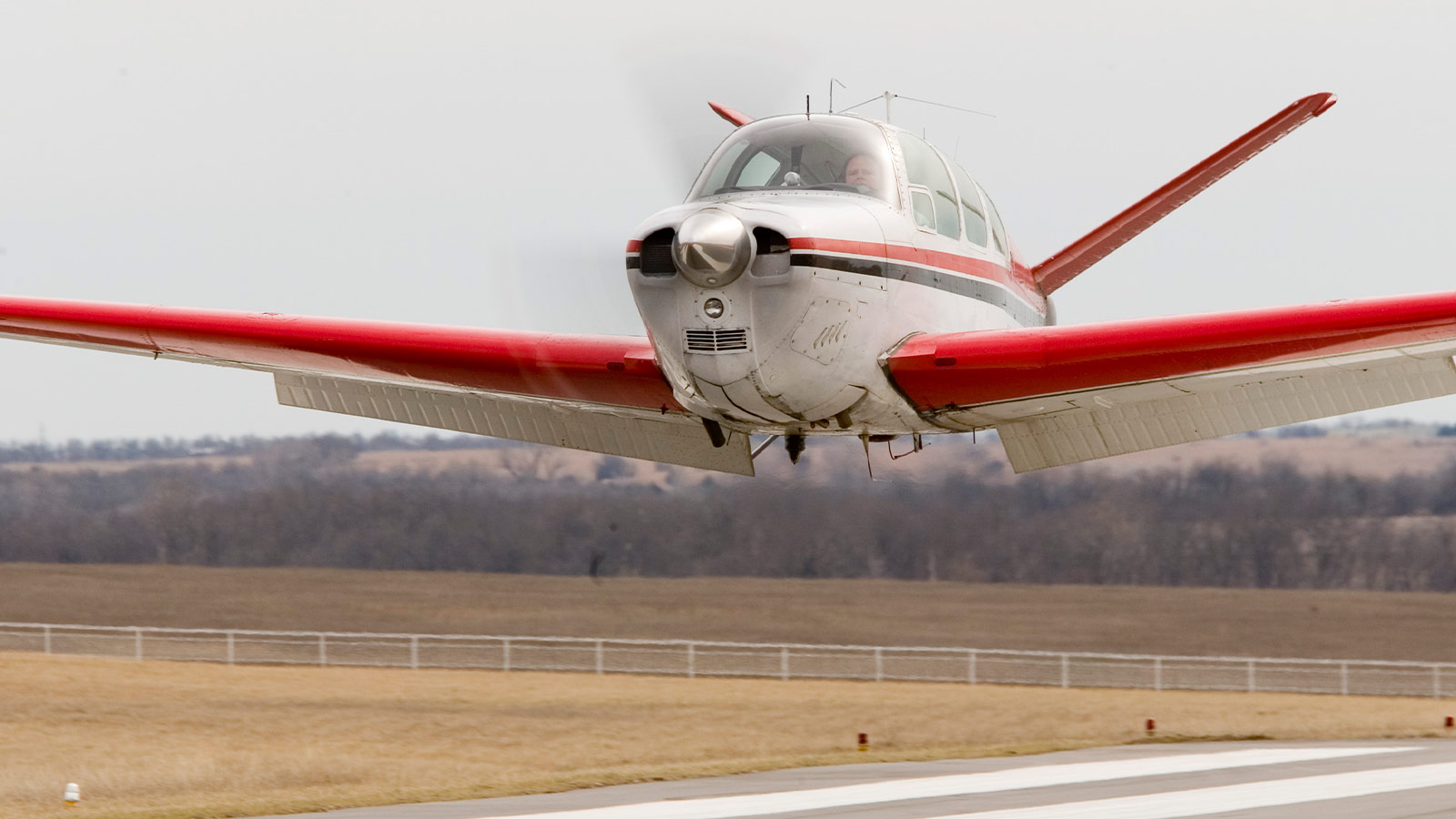 Distractions can play a large role in maneuvering accidents—an important consideration when you’re flying in the traffic pattern on a busy day, when you’re looking for traffic, running the checklist, and configuring the aircraft.

Even small distractions can lead to emergencies if not handled properly. For example, an open door in flight is just that—a distraction. Don’t allow it to overwhelm you and cause a fatal accident.

You’ll be flying at low altitudes, low airspeeds, and high angles of attack. So consider your aircraft’s limitations and observe these simple rules:

...we might accept 500 feet as the maneuvering “hard deck.” This means the flight is on airspeed, at the right altitude, with an appropriate descent rate and aligned with the runway.

During the preflight inspection, the pilot added a quart of engine oil. Shortly after liftoff, the oil access door on the cowling came open. The pilot continued the takeoff on the 3,100-foot runway concerned that he did not have enough runway remaining to stop. Witnesses observed the airplane turn to the left, enter a steep descent, and impact the ground. The pilot stated that he ‘must have become fixated on the flopping door.’ Examination of the engine did not reveal evidence of any pre-impact mechanical discrepancies that would have resulted in a power loss.

If you experience a complete engine failure after takeoff in a single-engine aircraft, would you attempt to turn back to the airport or land straight ahead?

It’s better not to turn unless there is plenty of maneuvering room. A good rule of thumb is to land ahead if below pattern altitude and select a landing area no more than 30 degrees to either side of the nose of the aircraft. A larger turn may easily use more altitude than you have available.

Engine Out! From Trouble to Touchdown

Be spring-loaded to deal with an engine-out dilemma. Review how to tackle an engine failure in a single-engine airplane—whether under relatively benign or tricky circumstances.