Break it up into bite-size chunks

This is it. This is the year you’ll make that trip.

Putting it into practice

Some will say that 761 nm really isn’t that long a trip. What about a multiple-day, multistate cross-country? The same strategies apply.

Lowell Gates of Harrisburg, Pennsylvania, planned a meandering multiday cross-country in October 2009 that took him and three passengers from their starting point of Capital City Airport (CXY) to destinations in Tennessee, Louisiana, Texas, Nevada, Colorado, Idaho, Wyoming, Oregon, South Dakota, Wisconsin, and back home. Joining Gates were his aircraft partner, Paul Betts; Betts’s son, Tony (also a pilot); and Gates’s son-in-law, Shawn Cressman. “We picked October because we knew it would be drier [with] less chance of a hurricane and a low pressure system,” says Gates. That strategy paid off. “We were really blessed with nice weather,” he says.

The entire trip, flown in Gates’s 2006 Cessna 182T, took about five days—48 hours of flying—with many, many stops for sightseeing and fuel. They managed to fly most of the trip VFR, with the exception of a leg in Wisconsin. A 182 is a robust and comfortable traveling machine, capable of carting many pounds of people and luggage and up to 90 gallons of fuel. Gates’s bird has a Garmin G1000 glass cockpit. With all of that capability, did he shortcut the planning? Not at all.

He purchased sectionals for the entire route in advance, reasoning that he couldn’t be sure if every FBO would carry what he needed along the way—and he was right. He carefully calculated weight and balance and instructed the passengers to limit their luggage so that he could have full fuel tanks at every takeoff. Betts brought along a handheld transceiver with a backup VOR indicator.

They flew about 10 hours a day, aiming for three-hour legs, but the long days were made possible by the fact that the three pilots on board could share the flying duties. “We tried to stay at 4,000 feet so we could see some of the terrain,” Gates says. That’s an understatement. Gates and his friends saw cargo ships along the Mississippi Delta; hundreds of oil rigs in the Gulf of Mexico; the Hoover Dam; snow-covered mountain peaks in Wyoming; a million twinkling lights that made up a nighttime approach into Las Vegas; and the manmade majesty of Mount Rushmore.

If he could fly the trip again, Gates says, he’d have planned to spend more time at each stop. “I think we were flying so much that we never got a chance to stay on the ground where we landed,” he says. “We took some time and visited the Alamo, but I wish we would have had more time at each stop and driven around a little bit.”

But the crew is taking those learning experiences and putting them toward planning another long cross-country—this time, to Trinidad and Tobago in the southern Caribbean, where it’s likely they’ll leave time for some leisurely stops along the way. — JWT 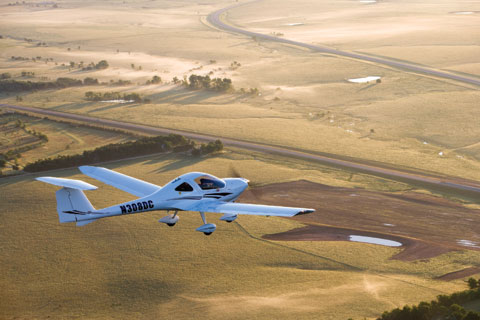 This is it. This is the year you’ll make that trip. The one to Oshkosh. That golf excursion with your friends. The trip to a seaside airport that you promised your spouse. But your dream destination is a long, long way from your home airport—farther than you’ve ever flown before and well beyond the unrefueled range of your single-engine, piston-driven putter’s fuel tanks. If flying a really long trip is intimidating, then think of it as a series of short trips strung together, end to end. Plan for each leg just as you’d plan for a trip that’s within your comfort zone, but throw in a little big-picture strategy.

Let’s plan a VFR trip from York, Pennsylvania (THV), to Lakeland Linder Regional Airport (LAL) in Florida. Purpose: Fun in the sun at the Sun ’n Fun Fly-In. Passengers: One or two, if you can talk a friend into coming along and sharing expenses. Mileage: 761 nm if you go direct, which you probably won’t. Your airplane is a 1999 Piper Archer II with 50-gallons of fuel. For this trip, you’re traveling VFR.

It’s extremely tempting these days to plug the departure and destination points into a computer flight planner (or your GPS). Here’s where big-picture planning goes into action. Go ahead and do a preliminary plan on the AOPA Internet Flight Planner. You can play around with some possible routes and get a sense of the airspace you’ll be traversing. Buy those paper charts (you’ll need them anyway, for backups if nothing else) and spread them out so you can view the entire route close up. If you flew a straight line from south-central Pennsylvania to Central Florida, it would bring you straight into the Washington, D.C., Special Flight Rules Area (SFRA) and uncomfortably close to the Flight Restricted Zone. It’s fine to fly in the SFRA with a properly filed and activated flight plan (provided you have also taken and completed the online course about the SFRA and have that little slip of paper to prove it), or on an instrument flight rules plan. But the FRZ is a big no-no.

Reviewing the charts, you can sidestep the SFRA to either the southwest and go inland through Virginia and North Carolina, or to the southeast and down the coast. The western route isn’t as scenic, but it does offer one large advantage: You’ll steer clear of many of the military operations areas and restricted areas that dot the coastline.

Terrain isn’t much of a factor in this part of the country. If you were traveling in, say, Colorado or Arizona, you’d be taking a hard look at your charts to see whether your route would take you over any mountains, and you’d be measuring the Archer’s performance charts against the likelihood of high density altitude conditions. Would you be up to the challenge of flying in the mountains? The time to ask yourself that question is not on the day you launch.

The Archer can make the trip in about seven hours without taking into account winds aloft. That means a fuel stop, of course, and maybe more than one if you end up with headwinds. So you decide to make your first stop at First Flight Airport in Kill Devil Hills, North Carolina. It’s about a two-hour leg. This small, scenic airport doesn’t have fuel, but it does have the Wright Brothers National Memorial—a nice excuse for a stretch of the legs and a bit of sightseeing. And from there it’s a short (less than 15 minutes) hop over to Dare County Regional in Manteo for avgas and a bite to eat. But say you plan to spend a few hours enjoying the majesty of the First Flight experience. It might be close to 4 p.m. before you head out again. You still have a sizeable chunk of trip to fly.

Do you want to do this trip in one day? You could, but it will be tiring for both pilot and passengers. If you’re taking two passengers and luggage, that means departing with partially full tanks and adding more fuel stops. What would have been a one-stop trip in the Archer with two people and baggage now becomes two stops and a longer day. A longer day means flying at night. Are you night current? Again, this is a question you need to ask yourself well before you launch on this trip.

Flying at night is fine, but you want to be fresh for your arrival into Sun ’n Fun, because there will be a lot of traffic arriving at Lakeland at approximately the same time as you. So you might plan an overnight stop at Savannah, Georgia, thus breaking up that extra-long leg into another, more manageable chunk. Then you can arrive at Lakeland bright and early the next day, after you’ve had plenty of time to study the notice to airmen that details the Sun ’n Fun arrival procedures.

The East Coast is liberally sprinkled with airports. It should be easy for you to choose a route that takes you close to any number of facilities in the event you need to make an unplanned stop. As you peruse airports for things such as fuel, meals, and overnight accommodations, weigh the pros and cons of towered airports versus nontowered facilities. A towered airport might have several FBOs to pick from, but it also might have a landing fee, an overnight fee, and higher fuel prices.

On the other hand, that nice little nontowered airport on the outskirts of town has less expensive fuel and a clean restroom, but it might not have a maintenance facility should the Archer decide to act up. AOPA Airports online application provides fuel prices, facilities, and services available along your
route.

A longer trip—particularly one in which you might stop overnight—means that weather plays an even bigger factor. Is a front approaching? How will it affect your plans? Use AOPA’s aviation weather to get the big picture, and then be ready to call Flight Watch (122.0 MHz) for updates as you go. If you expect the weather to be worse than forecast and plan accordingly, you won’t be disappointed. Have a Plan B in place and be ready to execute it immediately. This could mean diverting to get around the weather, staying at your fuel stop until something passes through, or not going at all. Don’t push the weather.