Get the app Get the app
Already a member? Please login below for an enhanced experience. Not a member? Join today
News & Media New mayor, new Meigs? 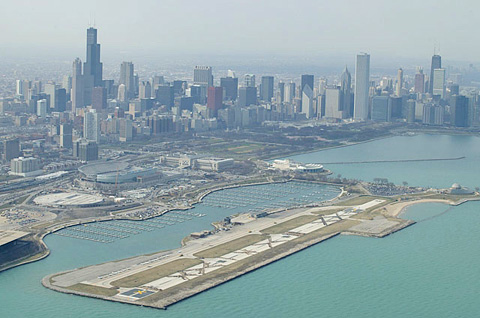 
Chicago Mayor Richard Daley, made infamous in March 2003 when he ordered huge trenches dug across Meigs Field in the middle of the night, announced Sept. 7 that he will not seek re-election. Although the airport was closed and turned into a park, AOPA President Craig Fuller has pledged to seek every opportunity to bring back Meigs Field. 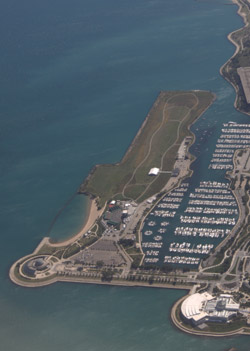 “More than seven years have passed since Chicago’s Meigs Field was bulldozed under cover of darkness, but the airport has not been forgotten,” Fuller said. “Grassroots support for Meigs is still alive and many in the aviation community view Mayor Richard Daley’s decision not to run for re-election as a hopeful sign that the field could be restored.

“It would be premature for me to say that Meigs will be reopened,” Fuller continued, “but I can make this commitment on behalf of all those who have fought, and continue to fight: AOPA will fully investigate any opportunity to bring Meigs Field back.”

Daley announced his plans to close the airport located on Northerly Island in 1994, but AOPA led a campaign to save the airport and was one of many plaintiffs to file suits in federal and state courts to protect it. For five years, the association successfully worked with the Illinois legislature to prevent its closure. The airport was a solid revenue source for the city, generating $57 million a year in economic activity.

But Daley did not back down. On March 30, 2003, heavy equipment dug trenches in the shape of X’s on the runway, effectively shutting it down to all operations. Daley had ordered the move without giving notice to the FAA or based tenants. Pilots based at the airport had to get special permission from the FAA to use the parallel taxiway to take off and relocate their aircraft to a new facility. 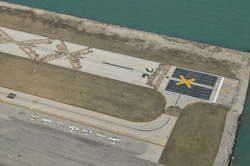 The FAA ordered Chicago to pay $33,000 for destroying Meigs Field without providing the required 30 days notice. The agency also ordered the city to pay a $1 million fine because Daley diverted airport funds from Chicago’s O’Hare and Midway airports for the destruction of Meigs. The funds had to come from the city’s general revenue, not airport funds.

While the fines sent a strong message to the city—and other cities contemplating closing their airports—the city property was developed into a park. However, a few new measures were put in place to prevent this scenario from happening again.

AOPA lobbied for a new federal law, dubbed Meigs Legacy, to impose significant fines on any entity that closes an airport without providing proper notice to the FAA. The association created the AOPA Airport Support Network, which uses volunteers to alert AOPA of any threats to airports, during early debates over the fate of the field. Now, more than 2,000 volunteers serve as the eyes and ears of the association to promote, protect, and defend public-use airports nationwide. 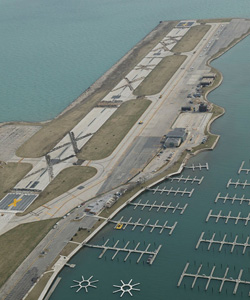 Would it be possible for the park and a re-opened Meigs Field to coexist on Northerly Island? AOPA has airport success stories to prove it.

Once-threatened Albert Whitted Airport in St. Petersburg, Fla., and Cincinnati-Blue Ash Airport in Cincinnati, Ohio, faced closure but now enjoy the support of their local elected officials and are becoming jewels to the cities. At Albert Whitted, a new general aviation terminal was recently opened, a new air traffic control tower is under construction, and the airport features a waterfront park.

FAA grant funding at Cincinnati-Blue Ash had expired in 2006, but AOPA worked with the Cincinnati and Blue Ash mayors, who had the power to close the airport, to save it and apply for a new federal grant that would require the airport remain open for another 20 years. Property near the airport is being developed into a Blue Ash city park that will also feature a performing arts center.

The airports and parks are win-win propositions for both cities. The cities keep green space and have a way to attract the community to the airports, and the airports continue to bring revenue to the area.

“Reopening Meigs Field, with its easy access to Chicago’s Loop, would make businesses in ‘the city that works’—as Mayor Daley’s father liked to refer to Chicago—work even more efficiently,” said Fuller. “AOPA fought hard first to prevent the closure of Meigs Field and then to pressure the mayor to reopen it. With new leadership coming to Chicago, we will work just as diligently to explore every opportunity that may bring Meigs back.”