Get the app Get the app
AOPA will be closed July 4th, in observance of the Independence Day holiday. We will reopen at 8:30 am ET on Tuesday, July 5.
News & Media Summer in Nebraska means aviation

Aviation events that bring the public out to small airports to learn and enjoy are a hallmark of summer, and Nebraskans have been sharing in the fun. 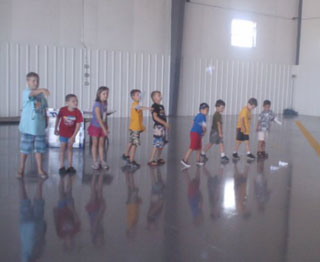 Platt spoke June 14 at a groundbreaking ceremony to launch construction of a new hangar for Sky Werx Aviation in Blair, an airport she described as “a gateway for recreational flying, flight training, and corporate aviation users in addition to accommodating cargo, the Nebraska Wing of the Civil Air Patrol, and search and rescue and medical flights among others.”

“With more than 3,600 Nebraska pilots and many others utilizing the state’s 84 public-use airports, the need for expanded capabilities and additional support facilities is vital to the prolonged viability of our nation’s community airports. Blair’s new hangar clearly illustrates the commitment of city leaders and private investors,” she said.

Platt also represented AOPA at the Nebraska Airfest and 2012 State Fly-In at Norfolk Regional Airport on June 16 to 17, where she taught a seminar titled “Can I Fly Light Sport Aircraft?” and discussed the Sport Pilot certificate, light sport aircraft, and the medical exemption petition submitted to the FAA by AOPA and the Experimental Aircraft Association.

Volunteer pilots from EAA Chapter 918 gave Young Eagles program rides to more than 120 youngsters age 8 to 17 during the weekend. While the young people waited their turns, Platt amused them with activities including foam and paper airplane competitions.

The pilots “touched a lot of kids’ lives,” Platt said. “It was exciting and motivating to see their huge smiles after flying.”

Dan Namowitz has been writing for AOPA in a variety of capacities since 1991. He has been a flight instructor since 1990 and is a 35-year AOPA member.
Go to Dan Namowitz's Profile
Topics: Advocacy, Experimental Aircraft Association, Aviation Organizations