Get the app Get the app
Already a member? Please login below for an enhanced experience. Not a member? Join today
News & Media Fire and water: Pilot, passenger rescued after ditching Baron 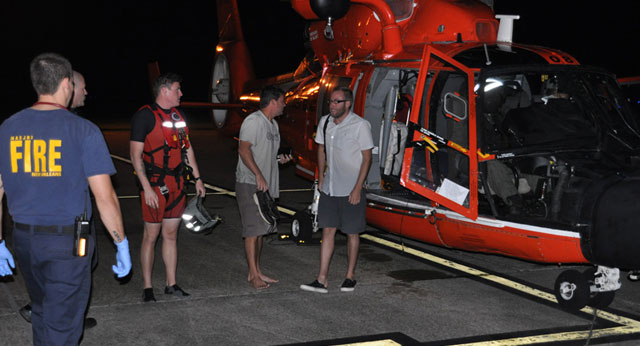 The fire quickly spread from the forward baggage compartment of the Beechcraft Baron, and smoke filled the cockpit of the twin cruising at 11,000 feet.

Pilot Theodore Wright made a quick radio call to ATC before cutting the electrical master switch, hopeful that would cut the trouble off at the source. But it was not, apparently, an electrical fire. While opening the door cleared some of the smoke from the cabin, flames were visible outside, apparently coming from the baggage compartment door, and Wright cut the throttles and dived for the Gulf of Mexico.

“I was probably over redline by 20 knots,” Wright recalled of the harrowing descent, heat from the fire building behind the instrument panel. “I couldn’t see the instruments … the windshield was half melted.”

It took about two minutes to get to sea level and ditch the aircraft, and “that two minutes was longer than the three hours we spent in the water,” Wright recalled.

Wright, and passenger Raymond Fosdick managed to don personal flotation devices as the aircraft sank beneath their feet, and were rescued just before sunset Sept. 20 by the U.S. Coast Guard, which dispatched a helicopter after receiving an alert through a hand-held Satellite GPS Messenger SPOT Wright bought in 2008 to report his position to family and friends during a circumnavigation in a sailboat. It has been part of his kit ever since.

“I don’t go anywhere without it,” Wright said, adding that his 406 MHz emergency locator transmitter failed to register the position of the aircraft, which sank about 60 seconds after landing on the water.

“The airplane went down so fast that it’s possible it never got its fix off,” Wright said of the ELT. Coast Guard public relations staff members were unable to confirm exactly what signals were received from the ELT, if any, referring AOPA to a Sept. 21 press release that stated the distress call came from “a spot beacon alert.”

Wright and Fosdick, both undaunted by the ordeal, have given several interviews to national media outlets, each stating they have no fear of flying again. In the glare of the media spotlight, Wright has made an effort to make a case for both relative safety, and the good that general aviation does, calling attention to a charitable organization he recently founded: Around the World for Life. Wright plans to circumnavigate in a light airplane (the Baron is no longer an option), and raise money to fight childhood disease while educating the public about the value and contributions of GA.

While not yet listed by the IRS as a nonprofit organization eligible for tax-deductible contributions, Wright said that paperwork is pending, and he is also actively searching for a suitable replacement aircraft.

Wright has a hunch, but no certainty, about what caused the fire in a compartment containing typical baggage for a trip from Texas to Florida. A conclusive determination is likely to be elusive: the Baron is beneath 3,000 feet of water, about 30 miles off shore. A salvage company quoted a cost of $55,000 a day, with an estimated three days required to locate and explore the wreck with remotely operated submarines.

“I’d like to have the vertical stabilizer for my den, but not at that kind of money,” Wright said. 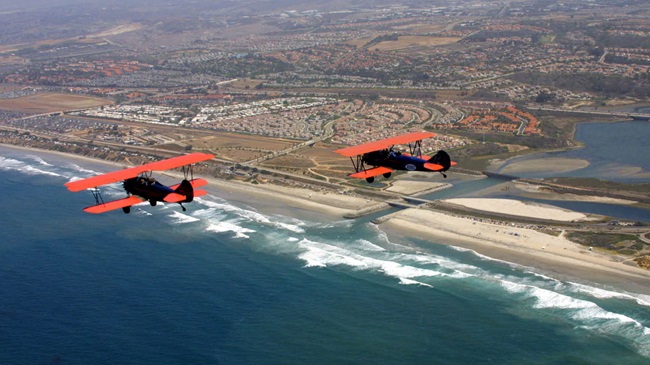