Get the app Get the app
Get the latest news on coronavirus impacts on general aviation, including what AOPA is doing to protect GA, event cancellations, advice for pilots to protect themselves, and more. Read More
Already a member? Please login below for an enhanced experience. Not a member? Join today
News & Videos Shell reveals unleaded avgas 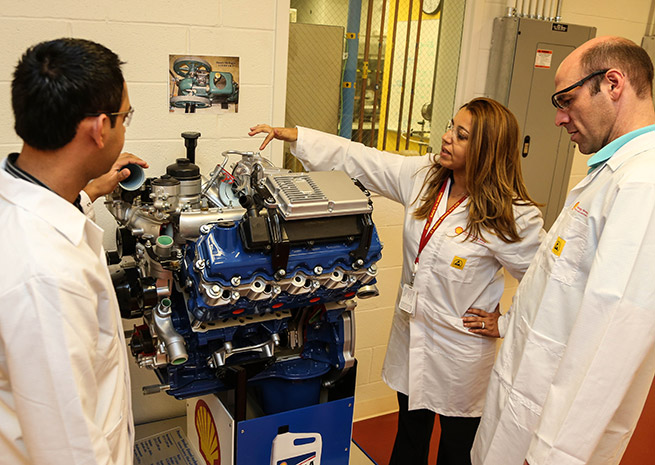 Shell Aviation, a subsidiary of the multinational oil giant Royal Dutch Shell, announced Dec. 3 that a 10-year effort in the laboratory has produced a fuel that may put a long-sought goal—once thought to be unattainable—within reach: a lead-free “performance drop-in” replacement for 100LL that could power any aircraft in the piston fleet.

“That’s our definite goal,” said Michael Sargeant, avgas commercial aviation manager for Shell Aviation, in a phone interview, when asked specifically about the ambition to produce a “performance drop-in” avgas replacement. “We’ve tested it and had some exciting and successful tests.”

The lead-free formulation has a motor octane number (MON) over 100, a critical factor in formulating a fleetwide fuel that could power high-compression engines. (Octane prevents premature ignition known as detonation, and is measured by more than one scale.) Shell’s new lead-free formula has passed preliminary tests in Lycoming engines on the ground, and a Piper Saratoga recently flew for about an hour on the fuel, according to a news release from Shell—the first of many tests that will be required for certification.

“It’s an exciting milestone,” Sargeant said, adding that the company looks forward to working with manufacturers across the general aviation industry, and various regulatory agencies. The company will pursue fleetwide certification rather than a model-by-model approach. Sargeant said tests done on the new formula to date “indicate that it’s a great candidate for fleetwide approval.”

The exact path that Shell must navigate to gain such approval remains to be established. The FAA has a goal of deploying a lead-free piston aviation fuel by 2018, though Sargeant said the company may be able to achieve required approvals and start distribution sooner than that. 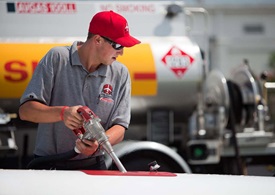 “We believe two to three years might be possible,” Sargeant said. “That’s the timeframe that we would love to work towards. The details need to be developed.”

Sargeant said another design goal is to keep the retail price similar to avgas, though it is too early to know exactly what the new fuel would sell for. Shell has only just begun conversations with the various regulatory agencies involved. The fuel will be submitted for approval from the FAA, ASTM, and the European Aviation Safety Agency.

“AOPA welcomes Shell’s announcement of their development of a lead-free potential replacement for avgas and their engagement of the aviation industry,” said AOPA Vice President of Regulatory Affairs Rob Hackman. “We look forward to learning more about Shell’s fuel and efforts as they work with ASTM, FAA, and EASA to achieve the approvals needed to ensure the safe operations of the general aviation fleet.”

“They engaged Lycoming to test their fuel on our highest octane demand engine and we can confirm that it’s remarkably close to Avgas 100LL from a performance perspective,” Kraft said. “This initiative is a major step in the right direction for general aviation.” 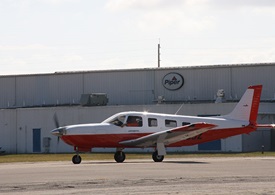 Shell is now among three companies that have announced unleaded formulations that could replace avgas in piston aircraft in a matter of just a few years, pending additional testing and regulatory approval. Shell is by far the largest of the companies known to be developing unleaded aviation gasoline. Sargeant said that Shell’s research team has been focused on finding a single fuel that can work for all, rather than a multi-fuel approach with different formulations to meet varying engine requirements.

“The industry doesn’t need bifurcation,” Sargeant said, noting that the company envisions making it possible by licensing or other means for other petroleum producers to manufacture and distribute the formula, which is made from existing components and will not require major changes to the production and distribution infrastructure.

“We think the secret going forward is really working with as many experts as possible,” Sargeant said.