The FAA has drafted new guidelines for dealing with potential cases of sleep apnea among pilots and sent them to key members of the medical community for review. Under the draft guidelines announced April 1, pilots will not be disqualified based on body mass index (BMI) alone, and pilots will be issued medical certificates even if they are referred for additional evaluation.

The new draft guidelines came after AOPA and others objected to the sudden announcement late last year that the FAA would require expensive and intrusive testing of all pilots with a BMI of 40 or greater.

“While some details still need to be worked out, the draft guidelines developed by FAA represent a significant step in the right direction over the policy announced last year,” said Jim Coon, AOPA senior vice president of government affairs. “FAA has heard the concerns of AOPA members and responded with a more appropriate approach that will keep pilots flying.”

Under the draft guidelines, aviation medical examiners (AMEs) will continue to ask questions related to sleep apnea, as they have done since 2009. If a pilot is referred for evaluation for sleep apnea, the examiner will issue a regular medical certificate and the pilot will have 90 days to get an assessment. The pilot can keep flying during that 90-day period and the assessment can be conducted by any physician, not just a sleep specialist, and a sleep test is not required if the doctor feels it is unnecessary. This is a significant change from the earlier policy that would have required testing by a sleep specialist, costing pilots thousands of hours and millions of dollars.

AOPA and others had objected to the earlier policy change on the grounds that the FAA had not consulted the aviation community. AOPA sought the help of Congress to ensure that any new policies were carefully considered, included input from the aviation and medical communities, and were appropriate to the level of risk.

General aviation supporters in the House and Senate introduced legislation that would have required the FAA to go through a formal rulemaking process before implementing any new policies regarding sleep disorders. The House passed the measure by voice vote in February, and AOPA and eight other GA organizations wrote to senators, asking them to quickly follow suit.

“I want to thank our friends in the House and Senate who supported legislation to ensure that stakeholders would be heard on this important issue. We especially appreciate the leadership of Aviation Subcommittee Chairman Frank LoBiondo (R-N.J.) and Rep. Rick Larsen (D-Wash.) in the House and Sens. Joe Manchin (D-W.Va.) and Jim Inhofe (R-Okla.) in the Senate,” said AOPA President Mark Baker. “Safety is always a top concern for pilots, and we’re pleased that the FAA listened to our concerns and has sought a more measured and appropriate way to address the issue of sleep apnea in the pilot population.”

AOPA will continue to pursue other medical issues facing the GA community, including ongoing efforts to expand the third-class medical exemption to cover more pilots and aircraft. 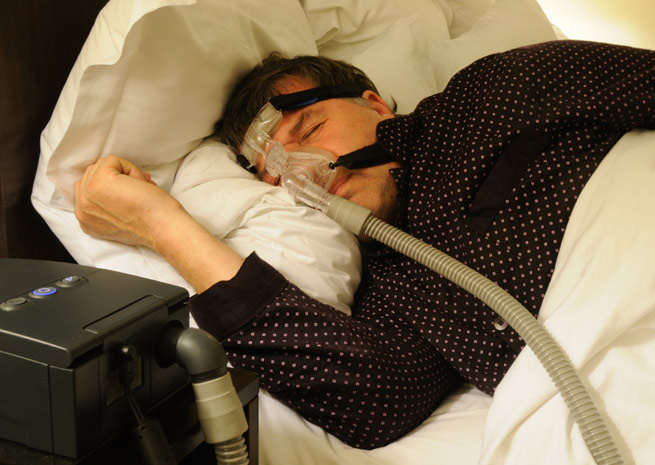