Get the app Get the app
AOPA will be closed July 4th, in observance of the Independence Day holiday. We will reopen at 8:30 am ET on Tuesday, July 5.
News & Media 'One heck of a week'

'One heck of a week' 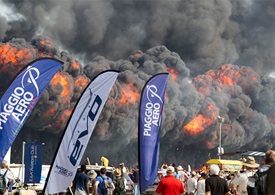 A passing thunderstorm prompted EAA Chairman Jack Pelton to pause as wind-driven rain pelted the press tent, but the cell, among a few that passed through on the final day of EAA AirVenture 2014, did not dampen his enthusiasm for what Pelton called the best event in years. Attendance figures were still being tabulated, but Pelton said there was good reason to believe the total would be 5 percent higher than the 2013 show, including a 20 percent increase on Saturday fueled in large part by the AirVenture debut of the U.S. Air Force Thunderbirds, who gave the show “a huge shot in the arm,” Pelton said.

Aircraft arrivals increased by 1,000 over 2013, with about 8,000 arrivals logged at Wittman Regional Airport during the week. Even outlying airports were hard-pressed to find enough space to park aircraft; for the first time in years, some arrivals had to be turned away from Wittman Regional Airport for lack of a place to put them, and EAA officials said there were reports that parking filled up at nearby airports as well. 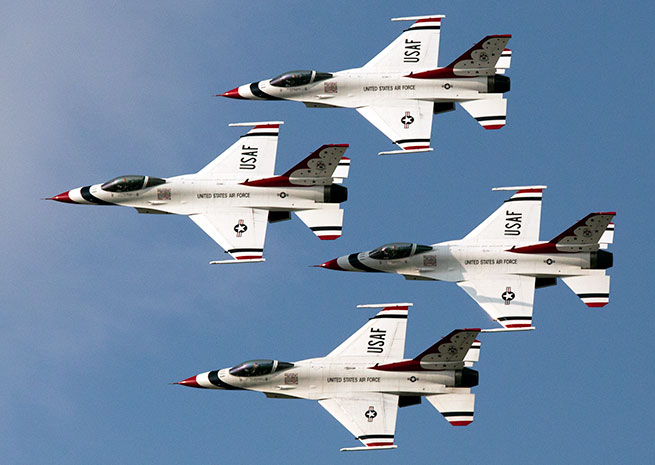 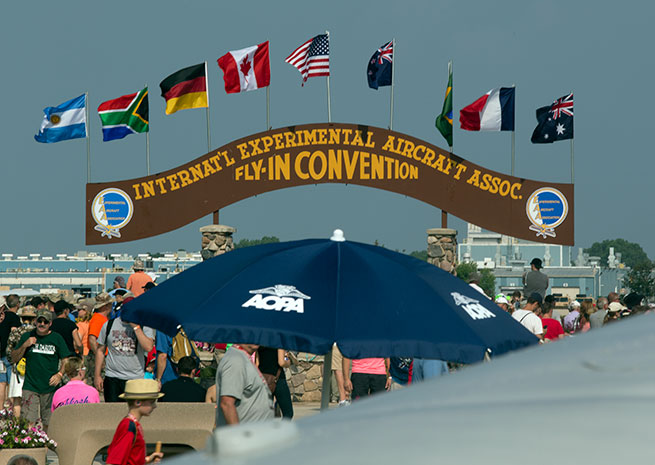 “Those are all indicators that it was one heck of a week,” Pelton said. “All of us could tell it was far more crowded than what we’ve seen in the past.”

The 2014 edition was the first since the August 2013 death of EAA founder Paul Poberezny, who lived to see an event he launched in 1953 with fewer than 150 visitors become the largest aviation event in the world, drawing about 500,000 visitors and 10,000 aircraft to Oshkosh, Wisconsin, during the week. Various tributes to the late founder during the week paid homage to what Poberezny created, and 5,400 volunteers (an increase of more than 400 over 2013) saw to it that the legacy continued.

Pelton said planning for 2015 is well underway, and next year’s show will feature a return by legendary aircraft designer Burt Rutan. “He has some things he wants to announce,” Pelton said.

Also being lined up for AirVenture 2015: an appearance by the B-29 Superfortress Doc, which is being restored to flying condition in Wichita, Kansas. Pelton said there had been hope of including Doc in the 2014 show, though restoration of what will be only the second flying B-29 left took more time than was available. Doc’s crew is getting close, however, and the vintage bomber may return to the sky before year’s end; Pelton said it is very likely that Doc will be in Oshkosh in July 2015. “We hope to have Fifi with it,” Pelton said, referring to the B-29 restored and flown by the Commemorative Air Force. 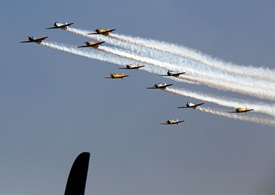 Pelton said the Goodyear Blimp (actually a Zeppelin, now, though Goodyear will retain the well-known name notwithstanding the technical difference) is also expected to make its own AirVenture debut in 2015. EAA is also working with Boeing, noting that the commercial aviation giant decided to become a major sponsor not long before the 2014 show began, and is expected to return in 2015 featuring its electric aviation demonstrator and other innovative products that could help transform general aviation in years to come. Pelton said there is growing interest in electric aircraft propulsion, and AirVenture brought developers together with many others interested in the potential of electric aviation.

Pelton also spoke about medical certification reform, noting that collaboration among aviation organizations is key to realizing the goal of lifting the burden imposed by the current medical requirements on pilots who operate light piston aircraft.

“We’re going to continue to push the legislative track,” Pelton said, adding he was disappointed that FAA Administrator Michael Huerta was not more definitive in his comments on the issue during Huerta’s Oshkosh appearance. “I had high expectations we would have more news than what we’ve got.”

Pelton was nonetheless pleased with the overall event, “one of the best AirVentures in a long time, on many fronts. Everybody was happy to be here.”