Get the app Get the app
AOPA will be closed July 4th, in observance of the Independence Day holiday. We will reopen at 8:30 am ET on Tuesday, July 5.
News & Media Montana’s GA community throws a party

Montana pilots will have two reasons to celebrate when they fly in to Seeley Lake Airport on Sept. 13.

The fly-in will mark the seventy-fifth anniversary of the Montana Pilots Association, "the longest continuing running state pilots’ organization in the country," according to its president, Scott Newpower.

The festivities also will celebrate the fiftieth anniversary of Seeley Lake Airport, an unpaved, 4,575-foot-long strip in Missoula County that sits at an elevation of 4,256 feet between the Bob Marshall and Mission Mountain wilderness areas.

Organizing the fun became a team effort with the Montana Aeronautics Division. The Seeley Lake Aviation Foundation also is a co-sponsor. And because Seeley Lake is a small town where local folks like to pitch in, volunteers from a local senior citizens’ center will head over to the airport to prepare and serve food provided by the event’s organizers.

Founded in 1939—the same year as AOPA—the nonprofit Montana Pilots Association was created to serve the interests and needs of general aviation pilots, whose ranks now include about 620 members.

Most of those members are Montana residents, a demographic detail that opens doors when the organization works for pilots’ interests with policymakers at the state and local levels, said Newpower. 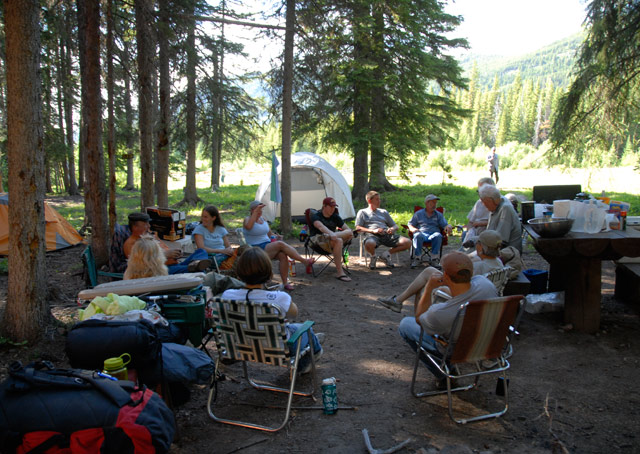 Montana Pilots Association members come to the organization from several sectors of aviation, but the vast majority of members are what he calls "GA Part 91 types."

Close ties with the Bozeman-based Recreational Aviation Foundation empower the groups to present a united front when advocating for continued access to Montana’s prized backcountry airstrips and recreational opportunities.

The Montana Pilots Association also is strongly rooted in local communities through a dozen units, or "hangars," that provide a social venue that Montana pilots relish as much as they value the organization's political muscle, a survey showed.

A newsletter, Heading Bug, edited by Carmine Mowbray, rallies members to action, informs pilots on safety concerns and techniques, and publishes reports on activities at Montana airports and fly-in destinations. In the July/August 2014 edition, Newpower addressed a portion of his Page One president’s message to urging pilots to report any sightings of smoke to air traffic control or flight service, during a season of severe wildfire outbreaks in the Northwest.

A strong statewide pilots' organization also helps state aviation officials deliver for their aviation constituents, said Mike Ferguson, an Air Force veteran and fixed-base operator who served as administrator of the Montana Aeronautics Division from 1975 to 2001. Ferguson, an active member of the Montana Pilots Association, also is a former AOPA Northwest Regional representative.

"I always felt throughout my time as administrator that they were our key ally, and I worked very closely with the MPA," he said in a phone interview, noting that the group played a key role in creating the nine-member Montana Aeronautics Board. "Without them, I don't think I would have had what I considered a successful career."

The Montana Pilots Association is one of nine aviation organizations that come together each year in March for an annual state aviation conference that Ferguson initiated in his official role. Newpower considers the conference "the best in the country," and lauded its tight focus that even extends to companies selling products and services at the session.

"They’re not selling garden hoses and tractors and gym equipment. It’s all aviation," he said.

David Ulane, AOPA Northwest/Mountain regional manager, said he counts on the Montana Pilots Association as "an ardent and engaged ally of AOPA on a variety of issues affecting our mutual members in Big Sky country.

"MPA and AOPA strongly supported the passage of legislation in 2013 to require the marking and lighting of small towers in the state, improving low-level aviation safety, and have worked together on specific airport issues, such as advocacy for improving the safety and utility of Kalispell City Airport," he said. 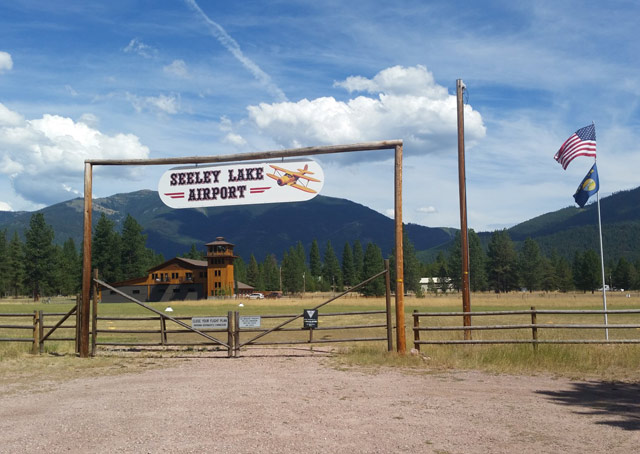 Dan Namowitz has been writing for AOPA in a variety of capacities since 1991. He has been a flight instructor since 1990 and is a 35-year AOPA member.
Go to Dan Namowitz's Profile
Topics: Airport Advocacy, Advocacy, Recreational Aviation Foundation