Get the app Get the app
Already a member? Please login below for an enhanced experience. Not a member? Join today
News & Media Cub's coronation 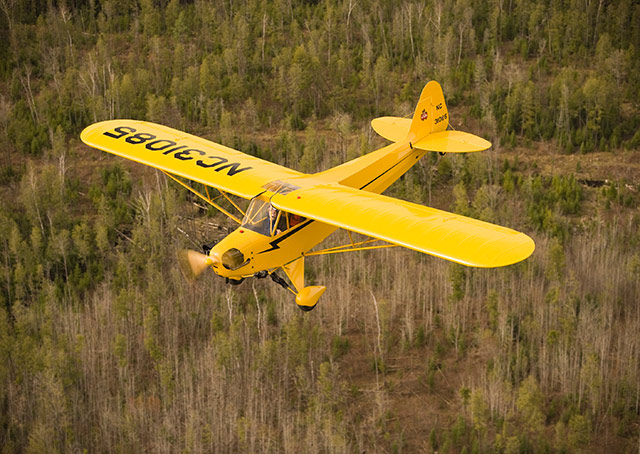 Stop the next person you meet on the street. Ask that individual to name the first small airplane that comes to mind. Chances are, in the highly likely event that you have encountered someone without an aviation background, that the response will be the Piper Cub.

So probable is it that anyone you meet knows something about the little yellow airplane pilots call the J-3 that the phenomenon helped persuade Pennsylvania’s legislature to bestow official recognition on the aircraft this year, 16 years after the idea emerged. In a November bill signing ceremony, Gov. Tom Corbett elevated the Piper Cub to the commonwealth’s official airplane in recognition of the fact that nearly 20,000 Cubs were built at the Piper Aircraft factory in Lock Haven, Pennsylvania, between 1937 and 1947. Corbett had issued a proclamation recognizing the aircraft in June.

The Cub is one of just a scattered few states’ official aircraft: In 2005, Connecticut designated the F-4U Corsair fighter-bomber its official state aircraft (12,000 were built there from 1939 to 1945). Also in 2005, New Mexico named the hot air balloon its official state aircraft in a nod to the state’s annual International Balloon Fiesta, according to the website Statesymbolsusa.org.

"The Cub’s standard chrome yellow paint has come to be known as 'Cub Yellow' or 'Lock Haven Yellow.' The distinctive yellow paint and the Bear Cub emblem allows it to be easily recognized by even the novice," said the Piper Aviation Museum in an announcement marking a November bill-signing ceremony in Harrisburg attended by family members of the late William T. Piper, including his widow, Elizabeth Piper.

"This is a most beautiful day for the Piper Aviation Museum, its founding family, and general aviation, as well as all the citizens of Clinton County. It also is a great day for the City of Lock Haven, the William T. Piper Memorial Airport, and the fine employees that were part of Piper Aircraft and making of the J-3 Cub," she said.

According to the museum, the idea of seeking official status for the Cub took off in 1998 on the sixtieth anniversary of the J-3 Cub’s introduction.

The idea was championed by John Bryerton, the museum’s president, who brought the plan to state Rep. Michael K. Hanna (D-Lock Haven). Hanna introduced the bill and rounded up sponsors—not an unaccustomed task for a lawmaker who serves as his party’s whip. Members of the extended Piper community submitted letters of support.

Hanna made the case for the bill in the House, where "the main question was why the Piper Cub deserved this special recognition. Mike explained that not only was the J-3 designed in Pennsylvania but almost 20,000 Cubs were built, most of which were built in Pennsylvania. No other manufacturer could even come close to this achievement."

The legislation notes, "With tandem seating, the Cub was intended for flight training but became one of the most popular and best-known light aircraft of all time among the military and civilian population." The J-3 Cub’s simplicity, affordability, and popularity invited comparisons with the Model T Ford automobile, it said.

Passage by both houses in June, and signing by Corbett allowed Hanna to present a copy of the proclamation at a Piper employee homecoming event in September at the museum, where those in attendance celebrated the J-3 being “in a place of honor, along with the State flower, tree and bird, among others.”

It’s understandable that the J-3’s advocates would feel satisfaction at completing their task, which the Piper museum described as a "long and tedious process" to place the Cub alongside Pennsylvania’s official icons such as the eastern hemlock tree and the ruffed grouse. (The bill enshrining the Cub also created an official state firearm, the Pennsylvania long rifle.) 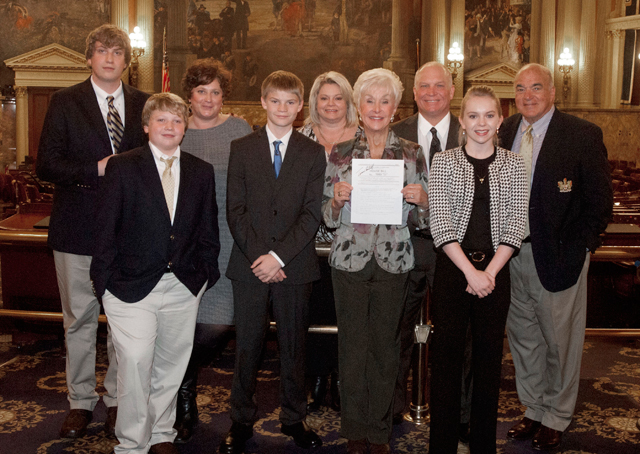