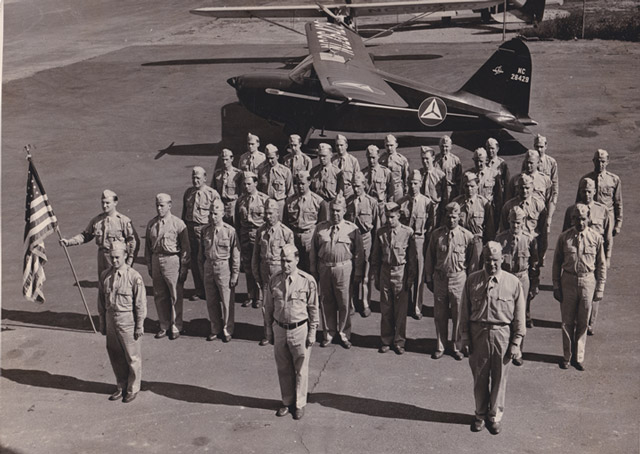 Flying Piper Cubs and Stinson biplanes, aircraft sometimes borrowed for the mission, the Civil Air Patrol guarded the American coast and helped turn back the U-boat onslaught that might otherwise have turned the tide of World War II.

Men and women answered the call to serve as the nation went to war, joining the volunteer service founded less than a week before Japan attacked Pearl Harbor. With the U.S. Navy and Army Air Corps spread thin, the Civil Air Patrol was pressed into service patrolling the coast from Maine to Texas in 1942. Over the next 18 months, CAP pilots spotted 173 German submarines and attacked 57. They escorted more than 5,600 convoys carrying vital supplies; they reported floating mines, ships in distress, and survivors in the water—363 survivors by war’s end. Sixty-five CAP pilots were killed in the line of duty, and many more have passed in the intervening decades. On Dec. 10, the surviving pilots who played a vital role in winning that war gathered in Washington, D.C., to receive the Congressional Gold Medal, the highest honor bestowed by Congress. With family and friends included, more than 600 were expected to make the trip. 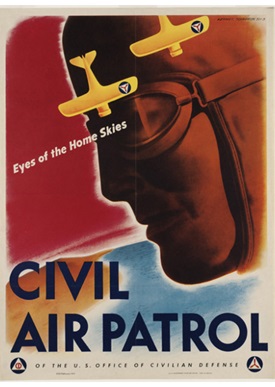 The exploits of CAP pilots during World War II were chronicled in the 1948 book Flying Minute Men by Robert Neprud (available for free download on a website, “Our Congressional Gold Medal Journey,” created by CAP headquarters staff to document and honor the founding CAP members’ stories). They came from many walks of life. Some went on to flying careers, others made their name in Hollywood, served in Congress, or founded companies.

CAP veterans of the World War II era were honored collectively, though each individual veteran (or his or her family) will receive a bronze replica of the Congressional Gold Medal thanks to sponsorship from CITGO Petroleum Corp., medals that were to be presented at a gala dinner following the ceremony.

“CITGO has a unique connection to CAP’s history,” said Rafael Gómez, vice president of government and public affairs with CITGO, in a news release. “CAP’s World War II members performed missions that were not only vital to the war effort but also vital to CITGO, which was Cities Service at that time.”

The CAP veterans are the third group of World War II era pilots honored with a Congressional Gold Medal in the past year. Another was presented to fighter combat aces of the war, and another to the Doolittle Tokyo Raiders.

They are among 162 individuals and groups to receive the honor since the first was awarded to George Washington in 1776.