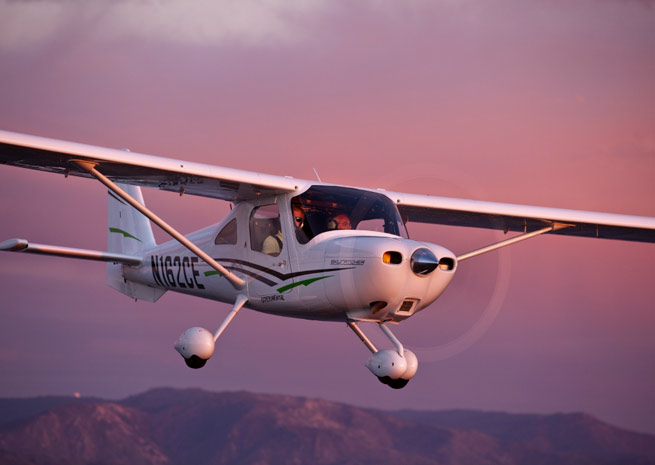 Cessna Aircraft officials have decided that the remaining 80 two-seat Skycatcher light sport aircraft will not be sold, but rather will be used for spares. The decision came in late January when dealers were notified that the aircraft is no longer in the Cessna lineup. Cessna CEO Scott Ernest declared last fall that the Skycatcher had "no future."

The Skycatcher no longer appears on the Cessna website. The website bydanjohnson.com reports there were 275 Skycatchers in the FAA registry at last count, but Dan Johnson, a founder of the light sport movement and head of the Light Aircraft Manufacturers Association, said that number includes those registered to Cessna, meaning only 195 are in private hands. Johnson said there may have been concern at Cessna about parts support for the fleet that resulted in remaining new aircraft being used for spares.

Remarks by Ernest came during the October 2013 National Business Aviation Association convention in Las Vegas. After those remarks, Propeller Product Line chief Jodi Noah said there were still Skycatchers available for delivery. That was correct at the time. It appears the concern over support for the aircraft last month led Cessna to keep the remaining unsold units for parts.

The aircraft had a rough entry into the market with mishaps during flight testing. There was a brief effort to approve the Skycatcher in the Primary category for delivery in Europe, but changes demanded by the FAA that would have required additional expensive flight testing halted those plans. Efforts to sell all remaining Skycatchers failed because Cessna officials did not want customers to be frustrated by a lack of parts. The aircraft was manufactured in China but assembled in Independence, Kan.