Get the app Get the app
AOPA will be closed July 4th, in observance of the Independence Day holiday. We will reopen at 8:30 am ET on Tuesday, July 5.
News & Media AOPA works for Texas pilots 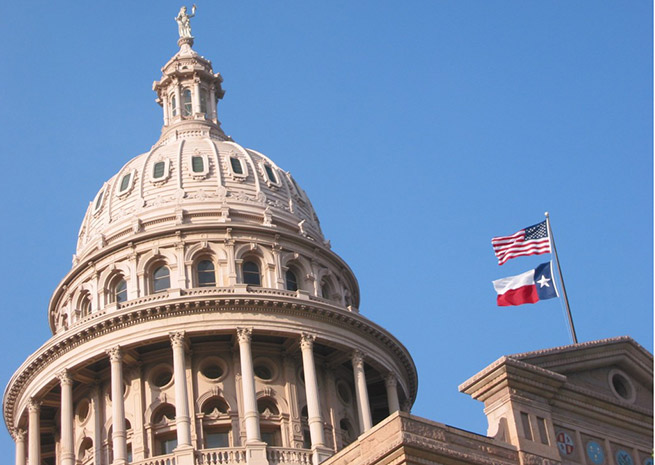 Texas—the nation’s leading air transportation employer—is very much a general aviation state as well, and AOPA has worked hard over the years to foster GA-friendly policies and cooperation among lawmakers, regulators, local leaders, and airport authorities. Recent legislative successes include elimination of an unfair tax burden on agricultural aircraft operators, extending the time that aircraft parts can be stored in inventory without taxation, and the legislature’s refusal to divert millions in state funding away from aviation (or to eliminate aviation-related tax exemptions).

Personal engagement is key to AOPA’s successful efforts in Texas. Central Southwest Regional Manager Yasmina Platt, who is based in Houston, keeps in close touch with key state and local decision makers through a combination of personal visits, phone calls, and emails. Platt personally attends meetings of the Texas Aviation Advisory Committee, and briefs members (who in turn advise the Texas Department of Transportation on aviation issues) on issues and concerns relevant to GA pilots and owners. Platt is also a regular at meetings of the North Central Texas Council of Governments Air Transportation Technical Advisory Committee, which oversees regional GA infrastructure.

Platt also works with local officials, and used social media to catch the attention of Houston Mayor Annise D. Parker, and subsequently arranged an upcoming flight with the mayor.

Platt plans to “take her flying so she can see the city she loves the way we see it, from a 3-D perspective” and use that unique opportunity to point out the many nearby airports, and highlight the city’s booming GA business.

There remains some unfinished business in Austin, such as extending liability protection to private landowners who welcome aircraft operations, a boon to backcountry flying that many states have already adopted. This remains among the AOPA-backed measures to be considered when the state legislature reconvenes in 2015. While it faced opposition during the 2013 session, the recreational-use bill, which promises to preserve and expand backcountry aviation access, remains a high priority for AOPA and Texas pilots alike: Platt said many of the emails she receives from the pilot community focus on recreational use.

Nearly one in 10 U.S. pilots live in Texas, and while the state hosts two major airlines and leads the nation in air transportation jobs, it is second only to California in the number of resident private pilots—15,304 private pilot certificate holders, according to 2012 FAA data. The legislature includes a General Aviation Caucus, and while that reflects widespread support for GA within the state Capitol, there have nonetheless been a few attempts made in recent years to cut aviation funding or increase aviation taxes—a common problem that crops up across the country as cash-strapped states seek balanced budgets. State aviation funding has survived, and the tax climate has improved, thanks in no small part to AOPA advocacy.

Platt, whose territory spans nine states including Texas, said the association keeps track of aviation issues across the sprawling state by monitoring official channels, and also with eyes and ears on the ground. AOPA Airport Support Network volunteers play an important role, often alerting association staff to unwelcome developments. Such was the case when ASN volunteer George Gould briefed association staff in 2013 that the city of Galveston was contemplating an auto racing promoter’s pitch to host a race at Scholes International Airport. The automotive event would close a runway, parallel taxiway, and much of the ramp, and drew opposition from AOPA based on safety concerns and potential disruption of normal airport activity. AOPA expressed those concerns in a letter to city officials, and pilots packed an October meeting on the topic, voicing their opposition to the mayor and race promoter. While they were initially rebuffed, the airport race plan has yet to proceed. (The FAA has also expressed similar concerns.)

Other advocacy efforts are the product of vigilance. Platt said the bill that halted the practice of taxing agricultural operators based on gross receipts received little fanfare, and probably escaped the notice of many pilots and even affected businesses. The association reviews all pending state legislation (a nationwide effort not limited to Texas), and voiced support for the bill because it makes sense to tax agricultural aviation operators in the same way that other businesses with similar cost structures are taxed: based on net revenue after payroll, equipment, fuel, and supplies are deducted. AOPA efforts included a letter of support to Gov. Rick Perry in May backing the legislation (and noting that GA generates $14.6 billion in economic activity within the state) that Perry would later sign.

Another aviation tax victory followed in November, when voters approved a proposition that allows local tax officials to extend from 175 to 730 days the time that aircraft parts can be stored in inventory without being taxed, another measure that AOPA supported throughout the legislative process.

AOPA has also worked recently on the local level in Austin, where city officials had considered a ban on aerial advertising. As has been the case with similar measures introduced at the local level elsewhere, AOPA reminded local officials that the FAA has sole jurisdiction to regulate such matters, and the ordinance was dropped. 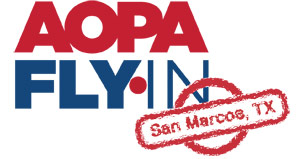 AOPA President Mark Baker will brief pilots on current issues that affect their freedom to fly in Texas at the local, state, and federal level during the AOPA Fly-In April 26 in San Marcos.

Baker will speak and field questions during a Pilot Town Hall as part of a busy day of activities including aircraft displays, seminars, safety briefings, and exhibits. There will be free lunch for AOPA members, their spouses, and children (discounted membership is also available). Learn more and register for the event.