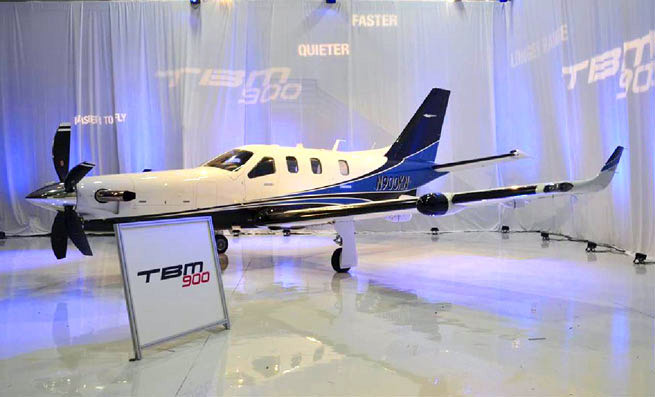 The first two TBM 900s were delivered to their lucky owners in a ceremony held March 24 at the Fantasy of Flight Park in Polk City, Fla. On hand was new owner Larry Glazer, chairman of the TBM Owners and Pilots Association (TBMOPA), who accepted the keys from Nicolas Chabbert, senior vice president of the Daher-Socata Airplane Business Unit. Also on hand were Patrick Daher, chairman and CEO of the Daher group; Stephane Mayer, CEO of Daher-Socata, and Michel Adam de Villiers, Daher-Socata vice president of Aircraft Sales.

Glazer said of the TBM Owners and Pilots Association, “Our organization appreciates its excellent relationship with Daher-Socata—which has been responsive to our requests and continued willingness to go the extra mile—or should I say “kilometer”—to make the customers happy. The new TBM 900 is aligned with this commitment, and has everything a customer could expect. It incorporates an all-glass cockpit, cruises faster, climbs faster, is quieter, better-looking, and just plain sexier.”

Check AOPA Pilot’s April Turbine Edition for a review of the TBM 900, or see the online story to learn more about this latest TBM. Daher-Socata’s website is the company’s source of information on the TBM 900. 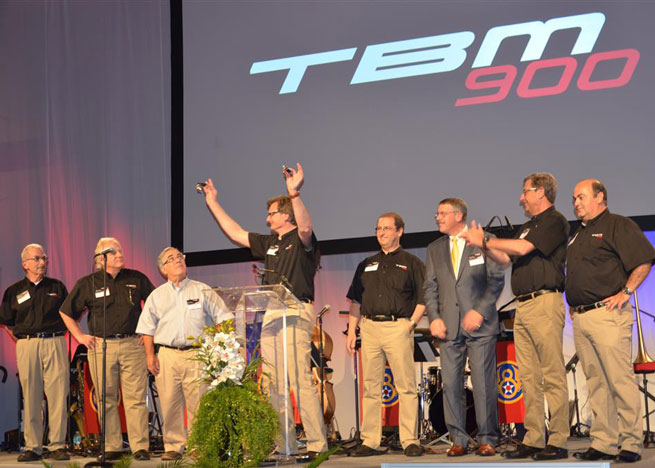 AOPA Pilot Editor at Large
AOPA Pilot Editor at Large Tom Horne has worked at AOPA since the early 1980s. He began flying in 1975 and has an airline transport pilot and flight instructor certificates. He’s flown everything from ultralights to Gulfstreams and ferried numerous piston airplanes across the Atlantic.
Go to Thomas A. Horne's Profile
Topics: Turbine Aircraft, Financial, Aviation Industry