A star-studded evening at the California Science Center in Los Angeles honored those who volunteer their time and aircraft to helping others with Endeavor Awards. There were movie stars, astronauts, aviation industry luminaries, television actors, and—above all—the pilots and those they serve dining under the wings of the Space Shuttle Endeavor. 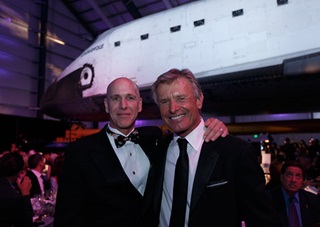 Hendricks could hardly speak as he was lauded by wounded veteran Tyler Jefferies, a double amputee. DeMarco was upstaged by his “friend and copilot” Luke, a young man with a double lung transplant. In a small tux and bow tie, Luke told the rapt audience that DeMarco was his “personal pilot and without him I wouldn’t be here.” DeMarco has flown more than 1,165 missions. Howley has been a volunteer pilot for more than 15 years. (See the September 2012 AOPA Pilot feature “Flight before Christmas”  and video.)

The Endeavor Awards are the brainchild of Hollywood filmmaker Mark Wolper, an active general aviation pilot and himself a member of Angel Flight West, who wanted to shine a spotlight on how GA serves those in need. “It’s time to tell the world how public benefit aviation improves our world and saves precious lives,” he said.

The three awardees were among 13 finalists for the awards, selected from the nearly 150 volunteer pilot organizations worldwide. The number of charitable flights is estimated to be 25,000 a year. 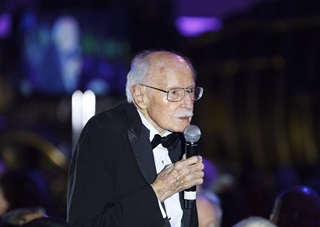 Among those in attendance were the legendary Bob Hoover, Clay Lacy, John and Martha King, and actors Edward Asner and Greg Kinnear. Red Bull Airshow helicopter pilot Chuck Aaron had to cancel his appearance at the last minute. Wolper says the awards will be an annual event and has already begun planning for 2015. 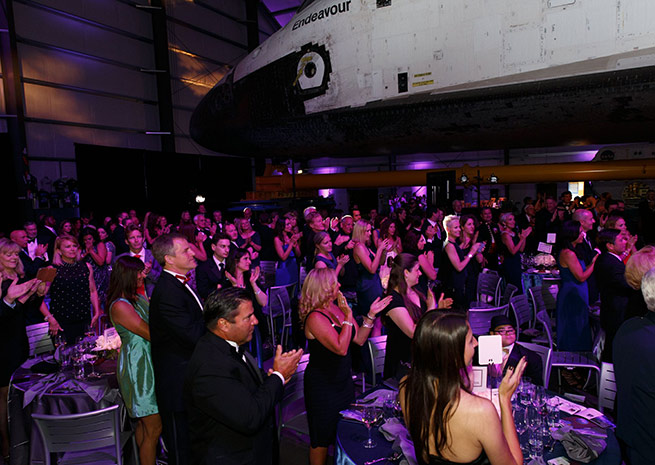