Quicksilver Aeronautics, a manufacturer of kit and ready-to-fly light sport aircraft, has entered an agreement to distribute its aircraft in China, said the Temecula, Calif.-based company.

The agreement names the JH Nanning Group as Quicksilver’s exclusive distributor in China, and will trigger the production of 77 aircraft in a first phase of the marketing effort, said Will Escutia, Quicksilver’s president, in an AOPA interview.

The first two aircraft to be shipped to China are now being manufactured at Quicksilver's factory in California. They will be shipped within the next two weeks, then reassembled and flight-tested in China, he said.

Quicksilver sees expansion into the China general aviation market as a milestone achieved "barely one month after the company won FAA acceptance to produce their Sport S2SE model as a fully-built Light-Sport Aircraft," the company said in a news release. The distribution agreement was signed during a mid-May visit by Escutia to the southern province of Guangxi to finalize negotiations with Liang Ming, president and CEO of Guangxi Jihang General Aviation Co. Ltd.

Escutia joined his Guangxi hosts on a tour of the site where a new China Aeronautical University building for 16,000 students is under construction—a project Escutia said was part of "a big push for GA" that is taking shape in Guangxi.

In a telephone interview, Escutia shared his impressions of an emerging China general aviation industry freed to grow by  government action to release airspace for civilian use, and by 20 years of economic growth that has "allowed a very large group of people with purchasing power" to pursue the dream of flight.

"It’s a very universal feeling, right? The feeling of flight?" he said.  "This need is there."

Quicksilver, which has 30 worldwide dealers, saw the new opportunity, and believes that the company "has something to provide there," Escutia said. His six-day visit to mountainous Guangxi, on the border with Vietnam, allowed the company to wrap up discussions that had been in progress for several months.

The initial shipments that will total 77 aircraft will include 30 kits of Quicksilver’s new 65-horsepower Sport S2 model, and 47 of the GT 500, the tandem two-place member of Quicksilver’s GT line. In April AOPA reported that Quicksilver has submitted both models to the FAA for special light sport aircraft approval.

Quicksilver’s business strategy for China will unfold in two phases. First comes establishing the distributor network "to satisfy the needs of a growing market." Aircraft will be assembled in China—a process Quicksilver said it has "jumpstarted" by shipping and reassembling kits that will be produced in the United States.

Based on demand forecasts, the second phase would involve the manufacture of aircraft components in China.

"Further plans are being drawn to incorporate research and development once the China Aeronautical University is in operation," said the company’s May 27 news release.

Quicksilver, an enterprise rooted in the manufacture of ultralights, and under new ownership since 2012, claims more than 15,000 of its aircraft are in service with private owners and organizations. 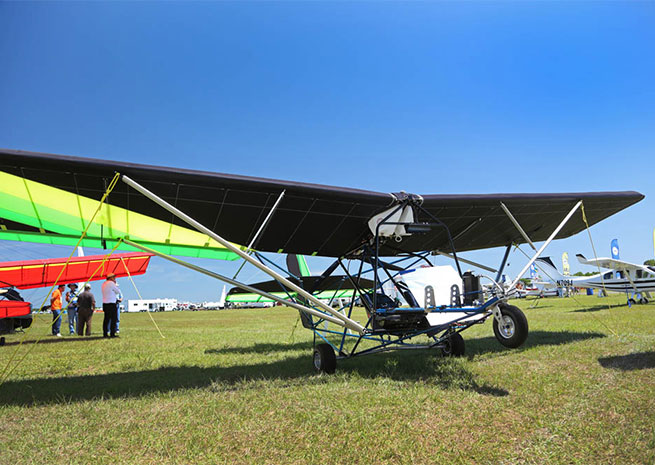 Dan Namowitz has been writing for AOPA in a variety of capacities since 1991. He has been a flight instructor since 1990 and is a 35-year AOPA member.
Go to Dan Namowitz's Profile
Topics: Light Sport Aircraft, Aviation Industry, Financial