Spotlight on medical reform at Homecoming 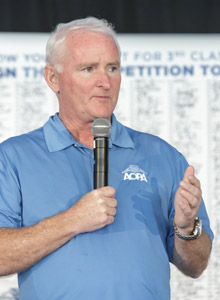 The FAA hopes to have its proposal for medical certification reform out for public comment by the end of the year, FAA Deputy Administrator Michael Whitaker told AOPA President Mark Baker at the AOPA Homecoming Fly-In Oct. 4.

Whitaker told Baker and an audience eager for news on third class medical reform that while regulations are necessary, his agency wants to have the lightest regulations possible to maintain safety. The FAA’s proposal is now at the highest levels of executive review, he said.

“We are trying to push that as much as we can and hope to have that out by the end of the year,” said Whitaker in a Pilot Town Hall that addressed issues from growing the pilot population to stopping user fee proposals and included insight from House GA Caucus Co-chair Rep. Sam Graves (R-Mo.). Former AOPA presidents Phil Boyer and Craig Fuller also joined Baker on stage. Efforts to find relief from the third class medical for thousands of pilots were top of mind for many attendees.

Baker underscored AOPA’s commitment to advancing medical reform and explained a three-pronged approach to achieving it. AOPA and the Experimental Aircraft Association filed a petition in 2012 asking the FAA to allow many pilots to fly recreationally without a third class medical. Graves and Rep. Todd Rokita (R-Ind.) introduced a bill to address the issue legislatively, and the General Aviation Pilot Protection Act has gained 150 co-sponsors in the House and 20 for a related bill in the Senate. 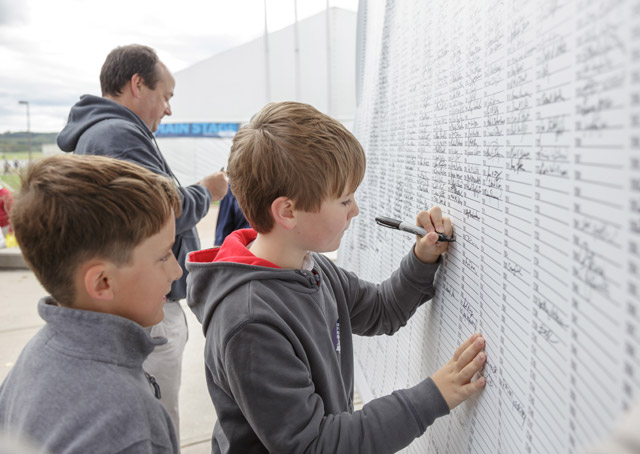 From a regulatory standpoint, the FAA announced in July that it had sent a proposal to reform the third class medical process to the Department of Transportation for review. Baker said he’s optimistic about reform and underscored AOPA’s continued work on the issue, which includes a letter-writing campaign to Secretary of Transportation Anthony Foxx, urging the agency to take quick action on their review of the FAA’s proposed medical reform rule.

“You can count on us all working full time to get this done,” he said. 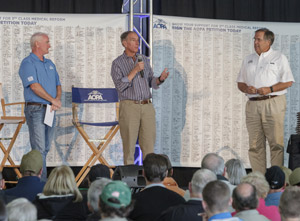 While medical reform was the issue of the day—attendees sported stickers and signed a petition to show their support—the Pilot Town Hall touched on a number of issues important to pilots. Graves discussed the upcoming FAA reauthorization bill and the power of the growing GA Caucus to effect change. He encouraged pilots to urge their members of Congress to join.

“It comes down to you all because you are the ones who can make things happen,” he said.

Whitaker, who resumed flight training in April after a decades-long break, said he started flying again to better understand his job and general aviation issues. He also addressed the recent incident at the Chicago Air Route Traffic Control Center and the FAA’s efforts to return to normal operations. 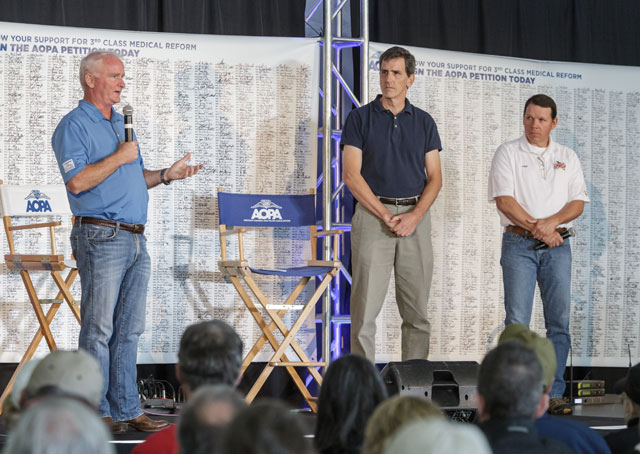