Get the app Get the app
Already a member? Please login below for an enhanced experience. Not a member? Join today
News & Media Ribbon cuts and celebrity CFIs 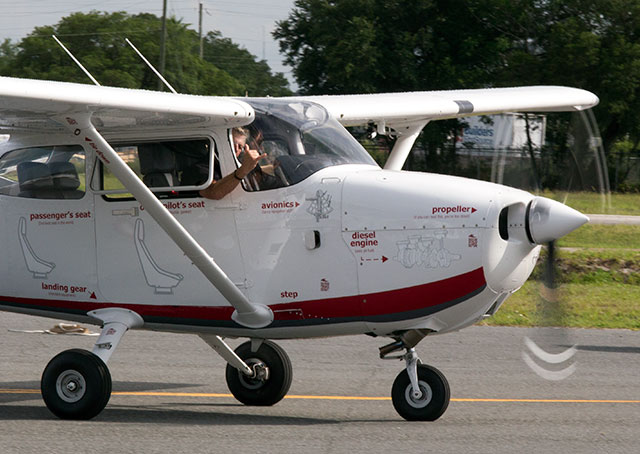 Legendary airshow performer Sean D. Tucker said he was more than happy to take a turn in the right seat as a guest instructor during One Week Ready to Solo: “It’s just fun to try this.”

On the fourth day of the program, and the third day of real-world flying, Tucker joined AOPA Pilot Senior Editor Dave Hirschman and Flying Senior Editor Pia Bergqvist taking their turns April 21 teaching the three students who are each working to be solo ready in a week during the Sun 'n Fun International Fly-In and Expo in Lakeland, Florida. Tucker said he was an enthusiastic supporter of the project’s basic premise.

“It’s just to let the world know that flying is fun, and to give it a try,” Tucker said. “We’re pushing boundaries, here.”

The boundaries Tucker was talking about might have been exactly what Nik Oekerman, his student for the day, had in mind. Oekerman, who served in the Middle East as a U.S. Navy corpsman and remains a self-described “adrenaline junkie,” had waxed rhapsodic the day before about spins and tumbles, eyeing his upcoming flight with Tucker as a chance to get his adrenaline fix in a big way. But Tucker’s famous orange Team Oracle airplanes were nowhere in sight at Plant City (other than in the photos Tucker was happy to show them). Instead, a Redbird RedHawk—a Cessna 172 retrofitted with a diesel engine and glass panel by Redbird Flight Simulations, the company leading the coalition behind the project—awaited them. 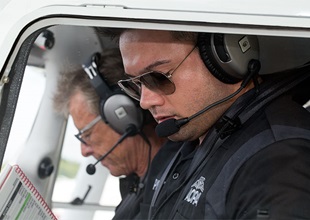 “Nik has to solo, first,” Tucker said. “Then we can talk about it.”

Oekerman, to his credit, betrayed no sign of disappointment. After all, there was plenty of fun to be had, with or without outside loops, spins, and snap rolls. Just ask Chris Graves, the motorcycle engineer who had already returned from his flight with Hirschman, one that involved another kind of roll altogether.

“It was a lot of fun,” Graves said, noting Hirschman’s lesson plan included rolls of tissue paper dropped into the thin air, unfurling in the Florida sky and used for target practice.

The point of that exercise? “Fun!” the usually soft-spoken Graves nearly exclaimed.

Hirschman had a more extensive rationale: practicing steep turns with eyes outside, fine-tuning coordination, and situational awareness. It also helps focus the student’s attention on task: “You give them a target and they suddenly become a terrier,” Hirschman explained. “He did a super job.” 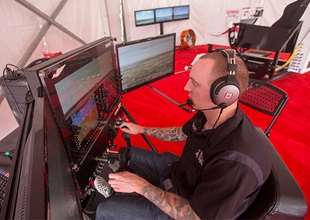 Oekerman, Graves, and Sherry Rosenkranz have gone in just a few days from absolute rookies to confident students, each working through an intense schedule that alternates sessions in Redbird simulators with RedHawk flights out of Plant City. Hirschman said the skill of the regular instructors—Jeff Wolf, who works with Oekerman; Dan Farrell, who is matched with Rosenkranz; and Doris Gatewood, who is Graves’ primary instructor—was perhaps even more impressive than the progress their students have made in a very short time. “They are teaching in a way that sticks,” Hirschman said.

All three students were demonstrating proficiency at most of the basic tasks of flying, although with active thermals and tricky winds on April 21, it wasn’t quite the day for unassisted landings in the RedHawk. That piece of the puzzle will probably fall into place in short order, though, and all three remained on track to be solo ready by April 25—with just a few lessons to go. 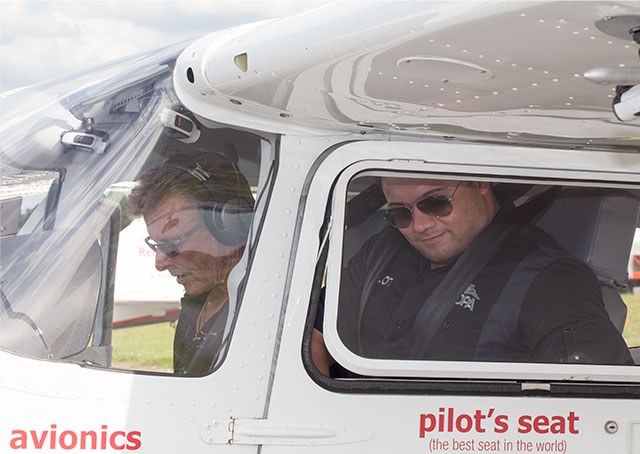