Get the app Get the app
Already a member? Please login below for an enhanced experience. Not a member? Join today
News & Media A flight for Summer

A flight for Summer 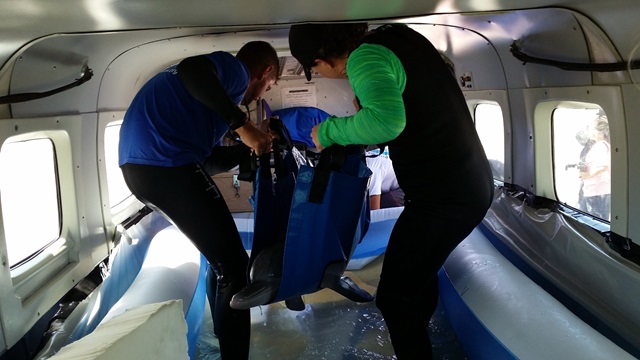 Most pilots who fly four-seat airplanes might have paused and then clicked on to the next listing, knowing that their airplanes couldn’t possibly handle an aquatic mammal—even a small one. The nonprofit Pilots N Paws offers an electronic forum to connect animal rescues and foster groups with volunteer pilots. The usual request is to fly dogs, cats, and sometimes rabbits, birds, and reptiles to new homes. Pilots N Paws volunteer pilots have transported more than 3,000 animals since the organization was founded in 2008.

This request was a first for Pilots N Paws, whose volunteer pilots have participated in the transport of sea turtles and even two small donkeys. The animal in need was Summer, a dolphin who had been discovered stranded as an infant on July 4, 2014, on Redington Beach, Florida. Summer was initially taken in by Clearwater Marine Aquarium, a rescue/rehab/release facility in Clearwater.

“I saw the post come up and my mind was thinking through the logistics,” said Robert Gaynor, a relatively new Pilots N Paws volunteer. “I’ve been a dolphin lover my whole life.”

Gaynor, who owns and flies a Piper Archer that he keeps at Boca Raton Airport, knew his airplane wasn’t up to the mission—but he started making phone calls and talking to people. He initially spoke with a friend who owns a jet, but realized that the jet wouldn’t be sufficient to carry the 76-pound dolphin, her caregivers, and the necessary equipment. He then contacted the owner of Skydive Spaceland-Florida at Airglades Airport in Clewiston. 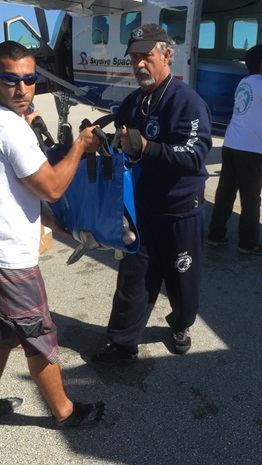 “He was immediately on board,” Gaynor said. The owner offered a pilot and the use of a Cessna Caravan to transport Summer and her support crew, asking only to be reimbursed for fuel.

The transport took place on Jan. 27. Gaynor accompanied the Caravan to Clearwater and watched as Dolphin Research Center personnel “covered the entire plane with plastic,” laid down a 10-foot by six-foot children’s pool, filled it with water, and made sure the temperature was at exactly 81 degrees. Summer’s support crew included two veterinarians as well as two handlers in wetsuits who lay in the pool with her. Oxygen, ultrasound equipment, and a crash cart with EKG rounded out the payload.

“They had logs they were keeping on every breath she took,” Gaynor said. “It was amazing to watch it happen.”

Gaynor had originally planned to ride along in the Caravan to Florida Keys Marathon Airport in Marathon, but realized there wouldn’t be enough room. He and another pilot flew back to Clewiston, where he picked up his airplane and flew to Marathon to greet the Caravan and watch Summer’s successful transfer from airplane to box truck to the Dolphin Research Center facility.

“She will spend time in our medical pool, gradually becoming acclimated to water from Florida Bay, before she moves into the dolphin lagoons,” the Dolphin Research Center said on its website. “This will also give her time to become accustomed to her human caregivers who will then introduce her to her new dolphin family.” The Dolphin Research Center is hopeful that some of its adult dolphins will accept Summer into their care. A wild dolphin generally spends one to three years with its mother.

Gaynor earned his private pilot certificate in 2012 and has been flying missions through Pilots N Paws since early December 2014. He blogs about his rescue missions and has created a GoFundMe campaign to purchase more avgas so he can fly more missions. Most recently he was one of several Pilots N Paws pilots who took turns flying a dog from Canada to Florida. The dog could not remain in cold temperatures because it had suffered severe frostbite to its paws.

Even if you can’t fit a dolphin or a donkey in the back of your airplane, Pilots N Paws’ forums are filled with requests for dog and cat transports. Fuel expenditures may be tax deductible. Sign up here. 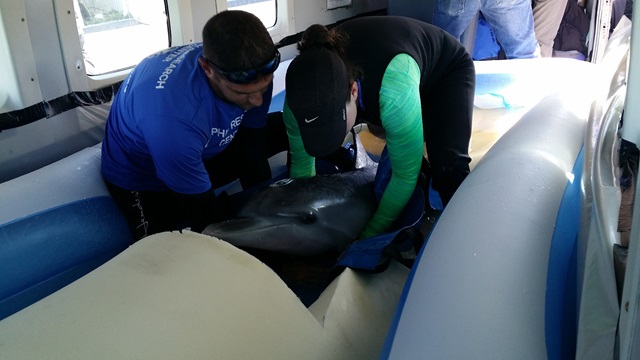