Get the app Get the app
Get the latest news on coronavirus impacts on general aviation, including what AOPA is doing to protect GA, event cancellations, advice for pilots to protect themselves, and more. Read More
Already a member? Please login below for an enhanced experience. Not a member? Join today
News & Media Ohio moves to open waters to seaplanes

After working with AOPA and the Seaplane Pilots Association (SPA), Ohio officials announced that the state will take steps to open more bodies of water to seaplanes. 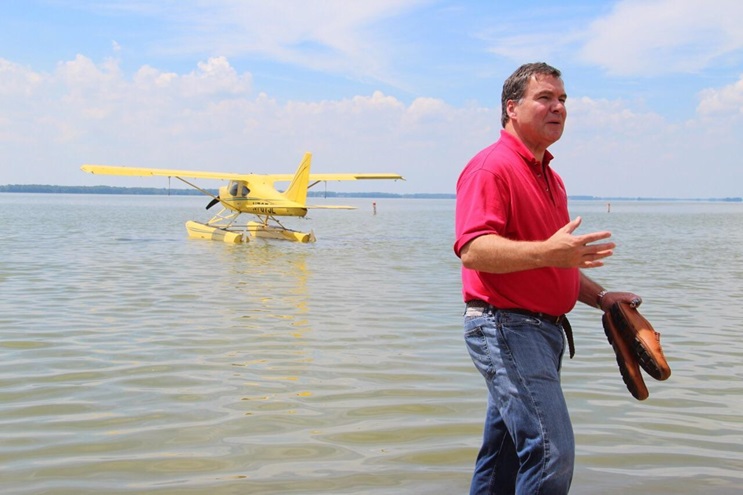 At a ceremony at Grand Lake St. Marys, Ohio state Sen. Bill Coley announces the opening of more seaplane access to bodies of water in the state.

The Ohio Department of Natural Resources plans to proceed with rulemaking to allow seaplane landings in the coming months on Buckeye Lake, Indian Lake, Long Lake, and Salt Fork Reservoir, and even more in the future.

In December 2015, AOPA and SPA held meetings in Columbus with members of the Ohio legislature as well as officials from Gov. John Kasich’s administration to discuss how to go about making Ohio more friendly to seaplanes.

“AOPA believes protecting the freedom to fly means protecting the freedom to fly from the water,” said AOPA President Mark Baker, who also serves on the board of the SPA. “Many of my greatest experiences in aviation come from flying seaplanes and we are fortunate to have members and advocates like state Senator Bill Coley. We will continue to work with the Seaplane Pilots Association and other groups to increase access across the country.”

Coley, who is a pilot and AOPA member, said the rule change should increase tourism and emphasized Ohio’s aviation history: “As the birthplace of aviation, it is incumbent upon us to make our state a place that welcomes aviation enthusiasts."

Ohio officials held a press conference to announce the expansion of seaplane access at Grand Lake St. Marys, the only lake in Ohio currently open to seaplane landings.

Jim Priest, the Ohio field director for SPA and an AOPA member since 1960, has long advocated for greater seaplane access. Priest said the rule change “puts Ohio on an equal basis with other states.”

Priest, who flies a Grumman Widgeon, also thanked the Ohio legislature and Ohio Department of Natural Resources for their cooperation.

“As the home to the Wright brothers and the birthplace of aviation, Ohio is continually looking for ways we can increase our opportunities for aviation to grow in our state,” said Ohio Department of Natural Resources Director James Zehringer. “Working to add more inland lakes where seaplanes can land will benefit Ohioans from both an aviation and tourism standpoint.”

AOPA Senior Director of Communications
Joe is a student pilot and his first solo flight was at AOPA’s home airport in Frederick, Maryland. Before joining AOPA in 2015, he worked for numerous political campaigns, news organizations, and the White House Press Office.
Go to Joe Kildea's Profile
Topics: Advocacy, Seaplane