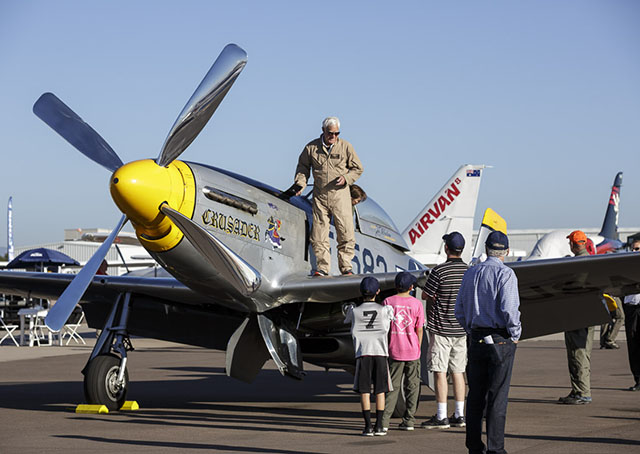 By all accounts, the last few laps of the 2007 Unlimited class silver race at the National Championship Air Races were thrilling, as two Hawker Sea Furies hugged the pylons in a 400-mph battle for the lead.

Dan Vance, flying September Pops, had the edge until the pursuing Sea Fury overtook him with less than two laps to go, winning the Sept. 16, 2007, race in Reno, Nevada, with a speed of 401.229 mph.

The victor in that race was Joseph Thibodeau, a tax and aviation attorney from Denver and general aviation pilot who, some years earlier, had shown up in Reno as a spectator, joking that when he returned, it would be to race.

Race he would. By the time he passed Vance in the 2007 competition, Thibodeau already was a winner of a 2002 Unlimited race in the Sea Fury, which he had begun to race because the aircraft with its big radial engine was “much more tolerant of harsh conditions” than his first warbird, a P-51D Mustang called Crusader that he had flown in several Unlimited races in the 1990s.

If a telephone interview with Thibodeau were scored like a piece of music, it would proceed mostly mezzo-piano as the discussion covers subject matter such as his career conducting high-profile court cases in criminal tax matters and FAA enforcement action, his background as a counselor to governors and state aviation authorities, his role as a panel attorney for the AOPA Legal Services Plan, and his life as a GA pilot. Ask him about the future of GA and he is upbeat; cover the emerging subject of drones in the airspace and he’s on it, asking whether the interviewer has heard about the recent case of the unmanned aircraft operator who crashed his drone into a giant Ferris wheel in Seattle.

All the while, however, there’s that fortissimo movement waiting to be played—his story of big-iron fighters and roaring engines, of blinding speed and high-G turns flown maybe 50 feet above the ground in the Reno races.

So we cut to the chase. How and why does a pilot raised on GA learn to do all that? Pose the question and Thibodeau is off to the races, so to speak.

Clearly, the man is in love. The flowing anecdotes, back stories, tangents, and encyclopedic references to the legends and giants of warbird racing complexly intertwine—following along is like drinking from the proverbial fire hose.

But that doesn’t really matter because a big picture of a rarified element of the aviation culture emerges from the telling. At that point it’s best just to keep quiet and take notes as the man spins his yarn, which basically pivots on those last few laps of that 2007 race—his last at Reno. 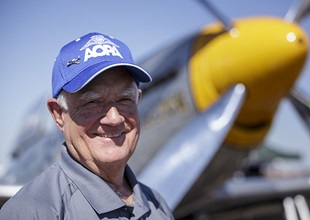 The impression that forms about that race is that it wasn’t just a competition between two magnificent aircraft and two masterful pilots laboring with heads, hands, and hearts to squeeze every nanoshred of performance from their machines. It was a shared endeavor as Thibodeau and Vance performed on that historic stage above the Nevada desert, serving up to the spectators an indescribable thrill, pushing each other ever harder to grab the slightest edge.

“He and I had a memorable experience flying,” Thibodeau said.

The two Furies were wingtip to wingtip for much of the race. But Vance had an advantage: position.

“With a lap and a half to go I was high and outside. He had the low clean air; I was not able to get around him,” Thibodeau said.

Thibodeau did finally manage to get by Vance, and you can hear the surprise in the voices of two announcers on a video of the race as they realize that it was Thibodeau, not Vance, who won.

“It was a marvelous experience for our whole team,” Thibodeau said.

Thibodeau’s romance with warbirds takes up a large percentage of his 40 years as a pilot, but the seed was planted long before. Aviation was a lifelong passion inherited from a mechanical engineer father and passed along to Thibodeau’s son, who became an airline pilot.

“Why didn’t I start sooner? I was busy doing other things,” he said of the time during which his legal career, which began in the Tax Division of the Justice Department, continued as counsel to Michigan’s then-Gov. William G. Milliken, then to private practice, and his own firm specializing in civil and criminal tax cases, and aviation litigation.

Thibodeau has owned a variety of GA airplanes, including a Piper Seneca, Beech Baron, and Cessna Conquest I (Cessna 425) turboprop, which with its range and speed provided his business with a “good tool” to conveniently reach destinations such as Houston, Chicago, and Detroit from Denver.

Thibodeau was born during World War II, and becoming a warbird pilot had its roots in a childhood love affair with the era’s aircraft, especially the Mustang. Of the many model aircraft he built, there were “more of the P-51 than all the others combined.”

“I was always captivated by the shape, classic form following function,” he said. “In my view it was magnificent, without equal.”

If it is no mystery what motivated Thibodeau to become a P-51 owner, it’s illuminating to learn how someone goes about acquiring one. After all, a safe assumption is that you don’t just start checking P-51 listings in Trade-A-Plane.

Turns out, you do.

At least for starters. A nationwide running-down of leads began. There were phone calls, photos, and on-scene inspections.

Thibodeau enjoys relating that his quest would end in a hangar in Detroit, just a few miles from his childhood home. The Mustang that was to become his race and show airplane, built in 1945, flown by the Royal Canadian Air Force, and then privately owned, was in storage there among a collection of vintage aircraft owned by a car dealer.

So this GA pilot with only piston-engine time (and no tailwheel time, yet young and “undaunted”) needed to learn how to fly a World War II warbird.

There’s a well-known process for that. You start in a T-6 Texan.

His taildragger instructor was Pete Vandersloos, a retired airline pilot with T-6 and P-51 time. The learning curve, Thibodeau said, “was long and steep.”

And intense: In three or four days of training he accumulated 25 hours in the T-6, including a day of at least 50 takeoffs and landings—“a rigorous experience.” But he was becoming proficient.

A brief period of trying to gain confidence in the P-51 on the basis of that experience alone did not provide the desired encouragement. There’s only one place to go if you plan to take on a P-51, he learned—and so Thibodeau joined the list of graduates of chief P-51 instructor Lee Lauderback’s famed Stallion 51 organization in Kissimmee, Florida. Thibodeau credits his teacher with keeping many warbirds flying into the 21st century, and ensuring that their pilots are proficient and safe.

Perhaps it was inevitable. In 1996, “I found myself hearing the Siren calling me, seducing me to go to Reno.”

Thibodeau savors telling the story of his arrival as a race rookie and the ready welcome he received from Reno veteran Howard Pardue—and his initiation, flight checkout, and introduction to the race course, so simple and unlike the more elaborate modern regimen.

Those were lustier times for big-piston air racing, preceding by several years a disastrous crash of a racer that ended the year’s racing in 2011, and left a cloud over the event. There were 44 entries for 27 slots available for unlimited races in 1996, he said, but in 2015 there were fewer than 15 entries.

“The days of that kind of air racing may be numbered. They have their challenges,” he said, adding that encroachment on Reno/Stead Airport has led to alteration and compression of the course.

Just as Thibodeau found the Mustang close to home, his future Sea Fury was also near at hand, hangared in Breckenridge, Texas, where the P-51 had been flown for maintenance.

The big radial-engined fighters had begun to appear on the race circuit with regularity, he knew. And their less temperamental nature and ease of parts acquisition offered advantages a competitor could not ignore.

Thibodeau sounds less like a super-lawyer tax-case trial attorney than a simply sky-struck man on a mission when recalling how he came to own Fury in 2001.

“The Siren had spoken to me: ‘Fly me, fly me.’ You start following the breadcrumbs again,” he said.

At the end of the breadcrumb trail he found himself “signing papers” to acquire the Sea Fury, and he has won silver unlimited races with it twice: in 2002 and 2007.

“It’s a marvelous machine. We love it dearly,” he said.

Owning it has allowed an elegant retirement from racing for the Mustang, which still appears at airshows and other nonracing events—a role Thibodeau considers perfect for the historically revered airplanes that still fly.

The race courses, courtrooms, and celebrated cockpits, a Hall of Fame induction, and his service on the board of directors of the Wings Over the Rockies Air and Space Museum would seem more than sufficient to constitute a full life in aviation. But even that is not the whole story of Joseph Thibodeau. He has also spent much time in aviation’s trenches, as an official and an advocate for pilots.

In January 2015, AOPA honored Thibodeau with an AOPA Presidential Recognition for his commitment to GA in Colorado, noting his service on the state’s aeronautical board as a gubernatorial appointee for nearly six-and-a-half years as the pilot organization representative. He chaired the board in 2013 and 2014. The aeronautical board is responsible for aviation development in Colorado.

“Your dedication and commitment to general aviation in Colorado in that role has had a significant positive impact on the state’s aviation system, and the 9,200 Colorado members of the Aircraft Owners and Pilots Association truly appreciate your service,” the tribute read.

Dan Namowitz has been writing for AOPA in a variety of capacities since 1991. He has been a flight instructor since 1990 and is a 35-year AOPA member.
Go to Dan Namowitz's Profile
Topics: Air Racing, People, Events