Get the app Get the app
Get the latest news on coronavirus impacts on general aviation, including what AOPA is doing to protect GA, event cancellations, advice for pilots to protect themselves, and more. Read More
Already a member? Please login below for an enhanced experience. Not a member? Join today
News & Videos FlyforMS pilots check in from Uruguay 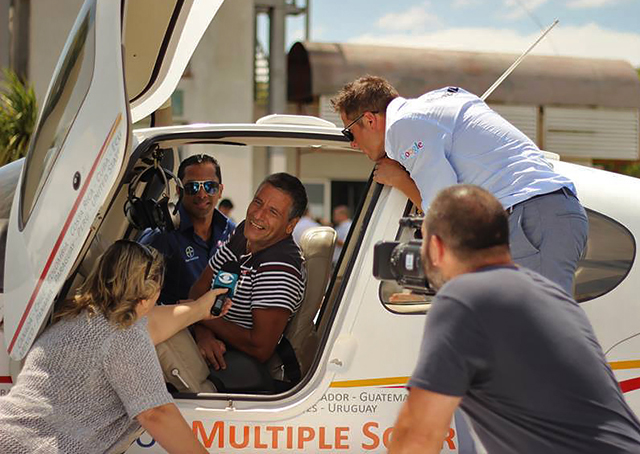 In mid-November, a pair of New York-based pilots launched their Cirrus SR22 from Long Island, New York, toward South America on a mission to bring hope and awareness for multiple sclerosis patients. Tomas Vykruta and Fouad Ahmed are more than halfway through their three-month FlyforMS.org journey, but they have encountered some unexpected “turbulence” along the way.

“I am writing this message from Montevideo, Uruguay. Amazing how far we made it. It has been a serious journey, far more difficult than I could have ever imagined, but we are continuing forth,” wrote Vykruta in an email.

“The trip hasn’t come without hardships,” wrote Vykruta. “We’ve encountered terrible weather; we’ve had Brazilian government threaten to arrest me and confiscate my aircraft; the Colombians denied us entry but we didn’t have enough fuel to go back so we had to land,” and a pregnant Brazilian woman vomited in the Cirrus’s back seat during a ride in Pirassununga. “It's been interesting,” he wrote.

The Cirrus SR22 developed a magnetometer problem in its Avidyne G2 glass panel as Vykruta and Ahmed navigated past the Amazon River in Brazil. They lost their attitude heading reference system and the pair resorted to pilotage, dead reckoning, and old fashioned stick-and-rudder inputs to continue their journey.

“Magnetic forces are very weak here. Sometimes the AHRS works, but usually I fly by magnetic compass/GPS headings and backup AI,” wrote Vykruta from Argentina as the team rounded the southernmost tip of the continent. “Nobody here can fix it; we have to go back to the USA [for repairs].”

Despite the unexpected challenges, the flight also has reached plenty of high points. Ahmed, who was hoping to earn his private pilot certificate, was signed off for his checkride by certified flight instructor Vykruta before the pair flew to Colombia. “He passed, so he's logging lots of dual PIC hours now,” wrote Vykruta. 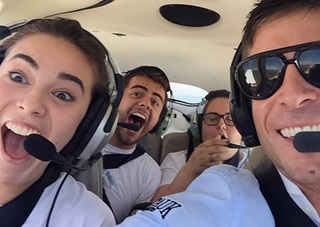 In mid-December, FlyforMS.org had a very warm reception from the multiple sclerosis society of Cali, Colombia, on the same day that the presidents of Ecuador, Venezuela, and Colombia all flew into the local airport.

The team has its sights set on raising $100,000 to battle the debilitating disease, and they are giving patients short flights in Vykruta’s 2004 Cirrus SR22 to “liberate and excite them to do something they never thought they’d have access to do, especially in South America,” Ahmed told AOPA in November as they prepared for the mission.

Uruguay has the highest prevalence of multiple sclerosis throughout Latin and South America with a rate approaching 1.2 per 100 thousand inhabitants, Susana Carballido, president of the Multiple Sclerosis Association of Uruguay, told El Pais, Montevideo’s daily newspaper. The arrival of the pilots in their white FlyforMS.org Cirrus was heralded by local newscasters and healthcare workers alike.

The country’s prestigious Channel 10 television news team also reported on the general aviation visit, and the pilots were treated like royalty. The two “got to spend the day at the mountain ranch of Roberto Canessa, a Uruguayan national hero,” wrote Vykruta. “We grilled chorizo, drank mate, toured his ranch and spent time with his wonderful wife, daughter and family,” Vykruta posted on the FlyforMs.org Facebook page.

Canessa is one of 16 survivors of Uruguayan Air Force Flight 571, which crashed into the Andes mountains in 1972. At the time of the accident, the cardiologist was a 19-year-old medical student and national rugby team member. The rugby team’s survival story, including a controversial decision to eat the flesh of deceased crash victims, was documented in the movie, Alive: Miracle in the Andes. Canessa and another teammate battled the elements for 12 days before flagging down rescuers. “We have become friends and he will visit me in New York this spring,” Vykruta wrote to AOPA. 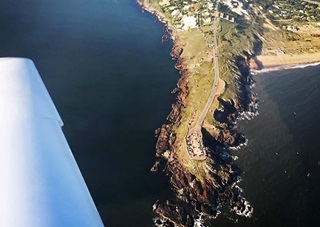 The team’s luck picked up when local pilot Santiago Pesce, 22, unexpectedly joined the crew during their stop in Uruguay. Pesce was at the airport helping file flight plans when the Cirrus pilots spotted him. “His mother has multiple sclerosis and she was at the [airport] event,” wrote Vykruta.

“Roberto [Canessa] suggested that Santiago should just come with us for rest of trip and I happily agreed. So Santiago called his mom who packed his bag and we went straight to airport and have been flying since. He will be with us to Paraguay and Chile. It’s incredibly helpful having a local pilot with us for translation and flight planning, and his Spanish and Portuguese is much better than mine,” wrote Vykruta.

During a stop near Cape Horn, Vykruta reflected on the journey of hope after nearly two months of flying.

“I’m writing this from Argentina, it’s incredible how far we’ve come. We’ve already flown over 10,000 miles and aren’t done halfway yet. After a very difficult start where we almost gave up all hope, our journey has now taken on a life of its own and we have become tremendously successful. We have gained national and even international attention with each country we visit. This is no doubt the biggest impact for MS across Latin America in all of history,” he wrote. 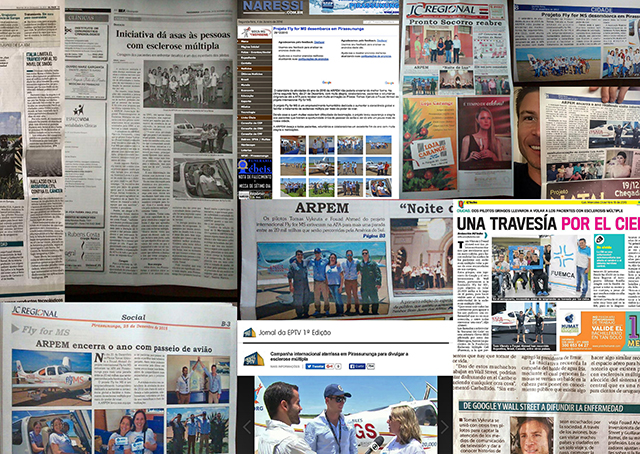 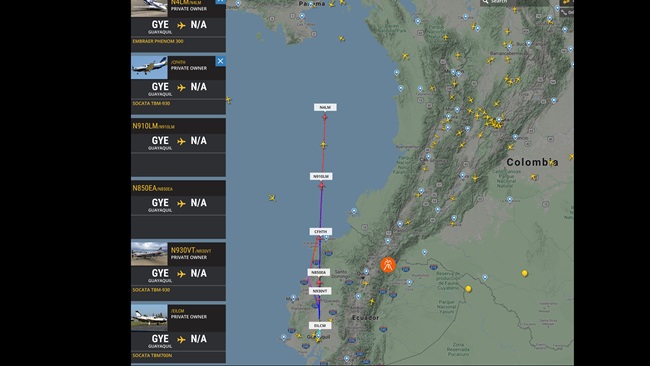 From the editor: Facing COVID-19 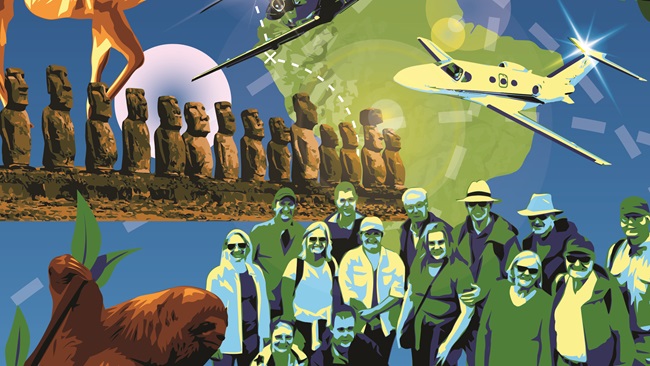