Get the app Get the app
AOPA Members DO more LEARN more SAVE more - Get MORE out of being a pilot - CLICK HERE
News & Media AOPA, NBAA seek to intervene in Santa Monica court case

AOPA and the National Business Aviation Association (NBAA) have jointly filed a motion to intervene in a case before the Court of Appeals for the Ninth Circuit regarding the continuing operation of Santa Monica Municipal Airport. 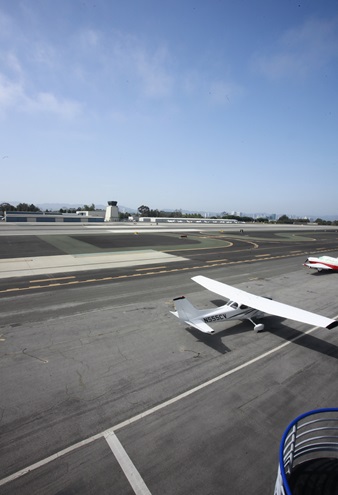 The motion filed Sept. 26 would allow the associations to participate as principal parties to the case, which will review the FAA’s final decision issued Aug. 15. That decision found that the city of Santa Monica remains under federal grant obligations until Aug. 27, 2023, and must keep the airport open and operating according to terms that the city agreed to when it accepted money from the federal government, including that the city make the airport available on reasonable terms and without undue discrimination at least until that time.

In the request to intervene, AOPA and NBAA note that they have “a substantial interest in the outcome of this petition” and “seek to protect those interests.” Both AOPA and NBAA were complainants in the FAA administrative proceeding that resulted in the order that Santa Monica keep the airport open at least until 2023. The associations also note that the airport is part of the integrated National Airspace System (NAS) and serves as a general aviation reliever in the busy Southern California airspace. Closing it, they warn, would not only affect those who use the airport for business and personal flying, but also would add congestion to already crowded airspace and set a dangerous precedent for airports nationwide that have accepted federal grant money for airport improvements and expansion.

“By asking to intervene in this case, we’re really asking to continue to be involved in these issues as we have been from the beginning,” said Ken Mead, general counsel for AOPA. “The federal grant process allows airports all over the country to maintain, improve, and expand their facilities using taxpayer money. Those airports then have an obligation to continue to serve the public that has funded those airport projects. Allowing Santa Monica to circumvent its obligations would have adverse consequences at the airport and create an extremely dangerous precedent by jeopardizing the availability of federal funds for airports nationwide.”

In the event the Ninth Circuit declines the AOPA-NBAA request to intervene in the case, the associations have asked to be accepted as friends of the court. In that case they would be allowed to provide relevant contextual information to the court but would not become principal parties to the case.

The city of Santa Monica has been fighting to close its iconic airport for decades. Since the FAA’s ruling that the airport must remain open at least until 2023, the city has moved to stop selling avgas and issued eviction notices to both fixed-base operators on the field. Previously, the city ended long-term leases with many aviation tenants, forcing them to operate month-to-month.

The issue reaches farther than the city of Santa Monica’s boundaries, affecting the entire Southern California region and beyond. On Sept. 23, the Los Angeles Times published an editorial asking the city to stop trying to “run its airport into the ground.”

“This isn’t a frivolous playground for the ‘1 percenters’ as some of its opponents like to cast it. It’s a vital hub in an already crowded air transportation system,” the LA Times Editorial Board wrote.