The FAA on Dec. 19 published a much-anticipated report from the aviation rulemaking committee formed to study and recommend a systematic approach to identifying drones in flight, enabling law enforcement, air traffic control, and security authorities to instantly identify the owner of the drone. The FAA will now consider the data and recommendations in crafting a final rule that will remove one of the most significant obstacles to advanced unmanned aircraft operations including flights over people and beyond the remote pilot’s line of sight. 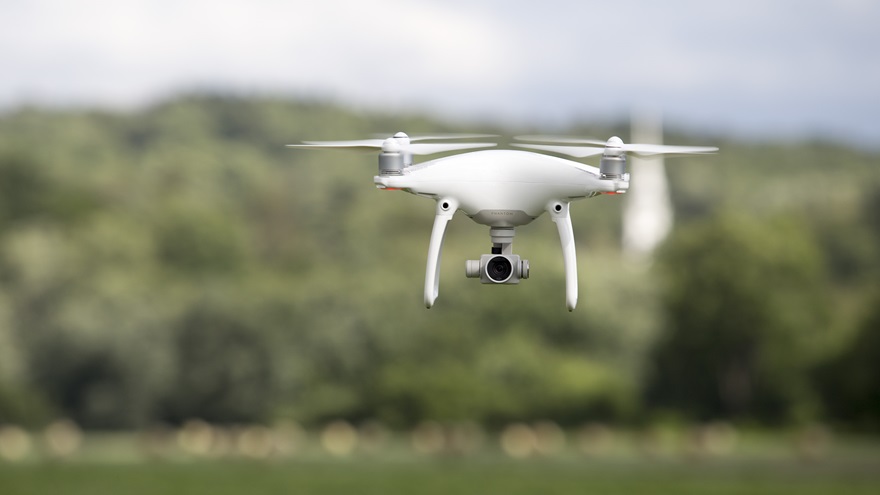 The FAA will consider a variety of alternatives for remote tracking and identification of drones like this DJI Phantom 4. Jim Moore photo.

Formation of the Unmanned Aircraft Systems Identification and Tracking Aviation Rulemaking Committee was announced in March, when FAA Administrator Michael Huerta noted that concerns expressed by law enforcement agencies over the electronic anonymity of a drone in flight was among the primary reasons why a rule allowing drone flights over people, once expected by the end of 2016, had stalled. The rulemaking committee, composed of 74 members (including AOPA) began its work in June. Members represented a range of stakeholders, including manufacturers, law enforcement, air traffic control, researchers, and others.

The final report is dated Sept. 30, though several members of the committee submitted dissenting views in the following days and weeks, and their comments and suggestions are included in the final report published Dec. 19, as noted in the report’s executive summary: “Although some decisions were not unanimous, the ARC reached general agreement on many of their recommendations to the FAA.”

The report gives the FAA a variety of options to consider, along with data on the current capabilities of unmanned aircraft systems in use. The committee proposed two basic methods for tracking and identification of drones: The first option is to use data broadcasted directly from the drone, and encoding digital identification information into the radio signals exchanged between the drone and controller; the alternative is to use a “network publishing” approach, in which the drone data would be transmitted to an internet service during flight, which could in turn be accessed by law enforcement agencies. Committee members representing law enforcement expressed a preference for direct transmission (which could also include programming a unique pattern of flashing the LEDs installed on most drones in a signature pattern that is readable by a device on the ground), to maintain the capability to identify a drone in areas where cellular or other data networks are not available.

The committee recommended that drone identification data must include a unique identifier for each aircraft, tracking information, and information that identifies the drone owner or pilot. The committee recommended that the FAA include in the final rule provisions for waivers or exemptions of certain operations, including public safety, and limiting public access to information that would identify a particular pilot or drone owner.

Dissenting views generally centered on the applicability and scope of the requirement, and to which operations it should apply. Some dissenters objected to the report’s recommendation that the FAA consider exempting model aircraft flown under Part 101. It will be up to the FAA to decide where all limits are set; the committee only had authority to make recommendations.

DJI, the world’s leading civilian drone manufacturer, issued a press release and a discussion paper Dec. 19, noting that DJI has already enabled remote identification of its drones through radio signals broadcast by the unmanned aircraft. DJI, in the paper, makes a case for limiting public access to drone identification data.

“Owners and operators have legitimate reasons to keep the locations, dates, and times of their UAS flights private even if that data is not directly associated with [personally identifiable information],” the DJI report states. “The privacy of all individuals (including operators and customers) should be addressed, and privacy should be a consideration during the rulemaking for remote ID and tracking.”

DJI Vice President for Policy and Legal Affairs Brendan Schulman, in the press release, noted that the report is not the final word on what the FAA rule will include.

“There is still an important discussion to come about how to balance governmental needs and desires with the burdens, costs, and privacy invasions that could be faced by drone pilots depending on the actual technologies chosen and how they are implemented,” Schulman said. “Drone pilots and operators were not well-represented in terms of the number of ARC members, and we feel their interests will be expressed in the future rulemaking process that lies ahead.”

AOPA Director of Regulatory Affairs Justin Barkowski said the association will continue to work with the FAA and industry stakeholders to shape a final rule that will, among other important functions, ensure remote identification requirements promote accountability of drone pilots while safely allowing more advanced unmanned aircraft operations. Enabling a drone, and its owner and/or pilot, to be quickly identified by law enforcement and security personnel, is a necessary step toward expanding the authorized use of drones to include flights over people and beyond line of sight, and the safe integration of drones in the National Airspace System.