Eyes on the unmanned horizon

A future of robots that are programmed to fly, swim, crawl, and even entertain came into sharper focus as thousands gathered in Dallas for the Association of Unmanned Vehicle Systems International’s 2017 Xponential conference May 8 through 11. Jim Cantore of The Weather Channel, famous for his on-location reporting from the heart of hurricanes, hosted AUVSI Xponential in Dallas. Jim Moore photo.

Xponential was expected to draw more than 7,000 attendees by week's end. Hundreds of exhibitors running the gamut from military robotics makers and aerospace giants like Lockheed Martin, Airbus, Textron, and Northrop Grumman, down to small startups seeking traction in the exploding field gathered at the event. AUVSI President and CEO Brian Wynne addressed a packed hall with few empty seats among the thousands and said that the 2017 edition was expected to set attendance records and feature a more diverse range of products and education.

Among the new products aiming to facilitate safe integration of drones was a new kind of radar sized for small unmanned aircraft. 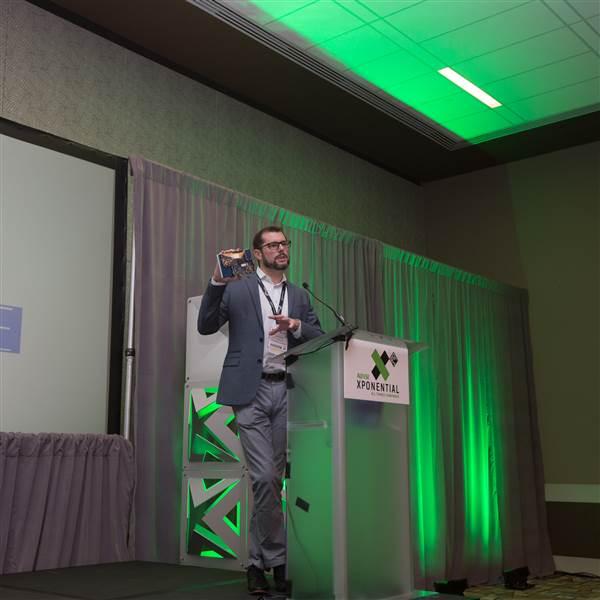 That radar system was presented by Echodyne Chief Technology Officer Tom Driscoll in one of nearly 200 seminars and presentations held over the course of four days in the sprawling Kay Bailey Hutchison Convention Center.

“We think this could be the radar sensors that allows the BNSFs of the world to go out and fly hundreds of miles … without needing multiple ground sensors,” Driscoll said, referring to the railroad that is among the FAA Pathfinder program participants piloting technologies and procedures for operating unmanned aircraft beyond visual line of sight.

The Metamaterial Electronically Scanning Array (MESA) radar system can replicate most of the capabilities of radar found on sophisticated fighter jets, minus the resistance to jamming and ability to scan using multiple frequencies simultaneously. It currently costs about $10,000, so it is not a solution for small drones used for photography, though such systems are not likely to need to fly beyond line of sight, either. Driscoll said the company envisions reducing price as volume increases, and expects their new kind of radar to be uniquely capable of enabling safe operations beyond visual line of sight for missions including railroad, pipeline, and power line inspections that will be far more practical when long-distance missions are allowed.

Unmanned flights beyond visual line of sight, and over people, were hot topics at the conference, as evidenced by instant polling of the audience at the first keynote addresses on May 9.

On May 10, FAA Administrator Michael Huerta, addressing the annual gathering of roboticists for the fourth time, acknowledged that the difference in pace between technology and regulatory development has been “frustrating” to many, though he also pointed out that the pace of regulatory change has been too fast for others, and some have called on the FAA to "tap the brakes." He said the agency is working collaboratively with industry, operators, and stakeholders to allow the technology to reach its potential without sacrificing safety.

“I’m happy to see that both the industry and individual operators have joined us in embracing a culture of safety around unmanned aircraft,” Huerta said. “Even though you might be standing on the ground, you are, in fact, aviators.”

Huerta noted progress on the FAA side, including the recent release of facility maps that allow drone pilots to determine what areas near airports have been deemed safe for UAS operations, and tailor authorization requests accordingly. More than 43,000 remote pilots have now been certificated by the FAA for small unmanned aircraft commercial operations since Part 107 took effect in August, Huerta noted, and more than 820,000 individuals have registered drones, more than 745,000 of them for hobby and recreational use.

Huerta said that the agency’s challenge has been keeping up with an industry that produces new aircraft and products at a rate never seen before. In decades past, Huerta said, one new commercial aircraft might be introduced every 10 to 15 years, while the drone industry has been turning out more than 15 new models each year. 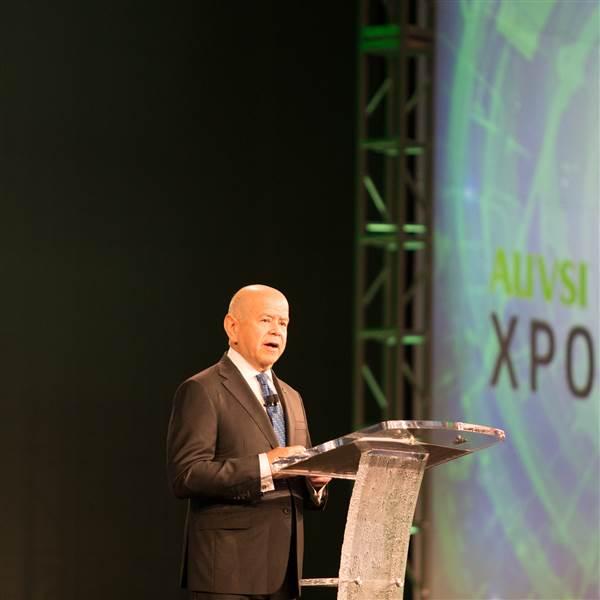 “I’m thrilled that my colleagues at the FAA have embraced a new way of thinking about how to respond to an industry that doesn’t know how to slow down,” Huerta said.

The convention in years past had a more military and industrial focus, with high-end systems designed for specialized applications. At the 2017 show, those same systems—large military drones, submersibles, crawlers, and self-driving cars were still on display, but longtime attendees noted a shift.

“It’s no longer just a trade show,” said Texas A&M University professor Robin Murphy, who was invited on stage May 9 by Intel CEO Brian Krzanich to talk about robotic search and rescue, and the challenge of managing and analyzing the massive amounts of data that modern systems can generate in a disaster response environment. Murphy said afterward that the convention has become central to the field of robotics. “It’s becoming a nucleus, and now it’s attracting everybody around it.”

The 2017 event marked another first: AOPA staff welcomed guests at an exhibit hall booth, including several AOPA members who have begun operating in the UAS space, and signing up new members enticed by the membership offerings for drone pilots introduced in February.

The manned aviation community is very much involved in the burgeoning unmanned aircraft industry, and many of the presentations and exhibits involved technology and companies that once focused solely on manned aviation and now are moving into the unmanned space. Airbus announced a new line of products and services for UAS operators large and small, mainly focused on data management, analysis, and other support, though the company is also designing aircraft for the new generation of unmanned systems that may one day soon carry passengers.

“By 2021 we believe autonomous vehicles will be prevalent on the roads,” Krzanich said.

The International Civil Aviation Organization announced a new effort to coordinate and “harmonize” unmanned aircraft traffic management systems around the world, creating advisory guidelines rather than regulatory standards in part to facilitate effective systems for identification and tracking without the years-long process of establishing standards that become mandatory in member nations. ICAO issued a request for information from member states, industry, academia, and individuals who wish to contribute to the future of unmanned traffic management. Submissions will be discussed at Drone Enable, the ICAO unmanned aircraft systems summit, in September.

All of this took place amid predictions that the unmanned aircraft industry will continue to boom. Aviation analysts at the Teal Group, which have long focused on manned civil aircraft markets, issued a civil UAS forecast predicting that worldwide production of military and civilian drones will rocket to $20.3 billion in 2025, up from $5.4 billion in 2016. Included in that forecast, civil UAS production of $2.6 billion in 2016 is projected to increase to $10.9 billion in 2025, a 15.4-percent compound annual growth rate in constant dollars. 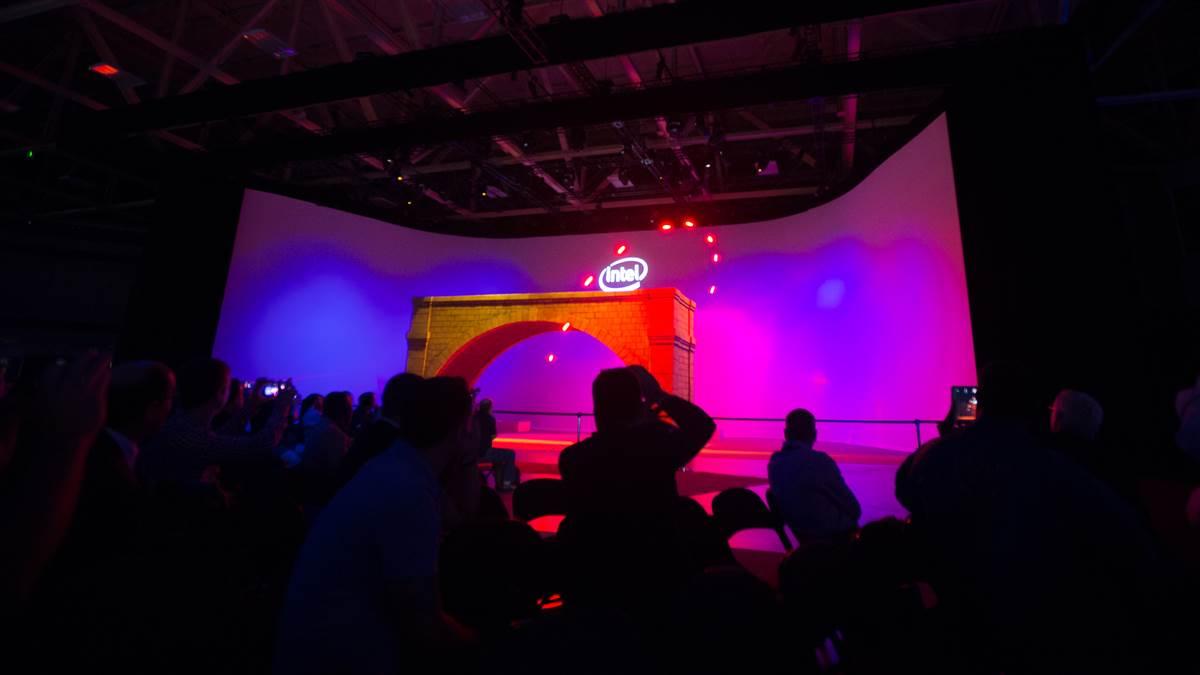