Get the app Get the app
Already a member? Please login below for an enhanced experience. Not a member? Join today
News & Media Lancair Mako owners have BRS parachute option

Lancair Mako builder-owners are on a fast track to equip the composite four-place single with ballistic parachutes using technology proven by Cirrus Aircraft. Whole-aircraft parachute expert BRS Aerospace announced Nov. 6 that the system can be installed as an optional safety item on newly constructed aircraft or added to Makos that are already in production. 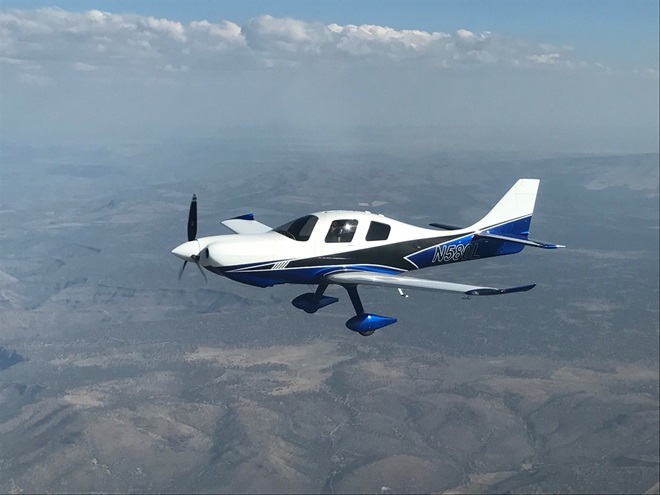 Sean Fidler, Lancair International director of sales, told AOPA the BRS option for the Mako utilizes “exactly the same methodology” as the safety system installed in Cirrus SR22 aircraft. He explained that the fuselage strapping for the parachute that goes down the sides and up the walls of the aircraft, the line cutters, “and all of the design and geometry are nearly the same” as the items found in the SR22 line.

The Mako's dimensions are “so similar to the Cirrus that we did not need to perform an in-flight deployment,” he noted. Fidler said that in BRS’s estimation, the Mako was “equal to or stronger than the Cirrus and it’s about 150 pounds lighter.” The similarity “makes sense to customers and they are comfortable” with the track record and concept of a whole-aircraft parachute. “It’s proven engineering and we are very fortunate that Cirrus has paved the way for that technology,” Fidler added.

He said the aftermarket aircraft parachute installation network BRS recently rolled out for Cessna 172 and 182 aircraft helped pave the way for Lancair’s decision to include the safety option. 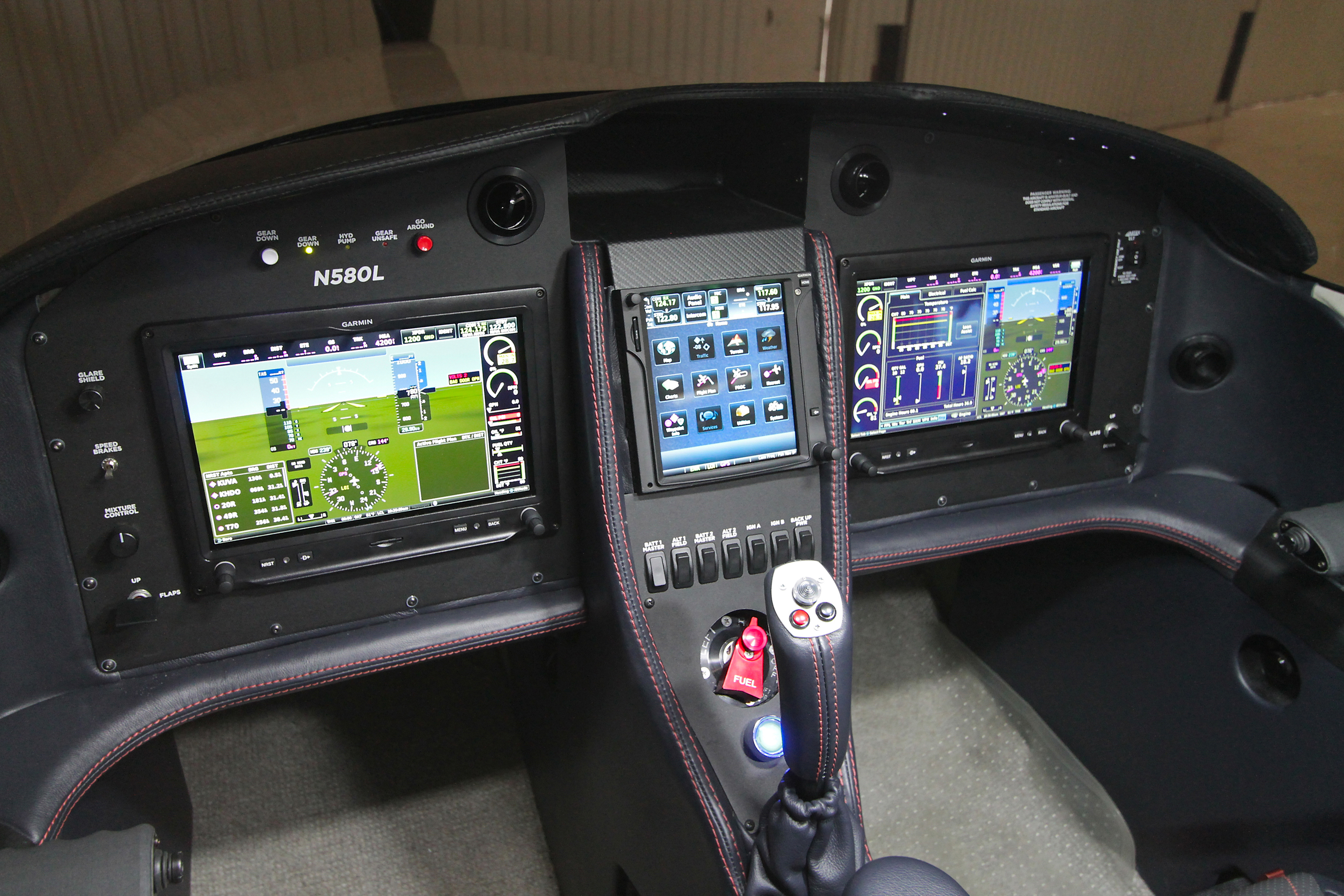 BRS President Enrique Dillon wrote in the news release that the device "helps take the Lancair Mako to a higher level of safety, especially important to the spouses, families and friends of pilot owners." The safety system calls for a parachute ballistic launcher to be installed in the aircraft with a pilot-initiated activator in the cockpit. When activated, “a rocket propels a parachute into the airstream to slow the airplane and float it down into a survivable vertical landing,” wrote Dillon. “The system is designed to be a last resort for pilots and passengers when all other attempts to recover the airplane in case of emergency or pilot incapacitation have failed.”

A kit accessory option currently costs about $44,000, and Fidler predicted it would soon come down in price because future Lancair Makos will have channels carved out of the fuselage for safety straps with pre-installed wiring and other necessities. “In the future, all Makos will come with the BRS kit minus the ballistic canister so the cost of the accessory will be a little lower,” explained Fidler. “You’d literally just have to hook up the shackle and the electronics to fire the system.”

He said owners would also go through training to learn the performance envelope of the safety system—including knowing how and when to use the recovery system. 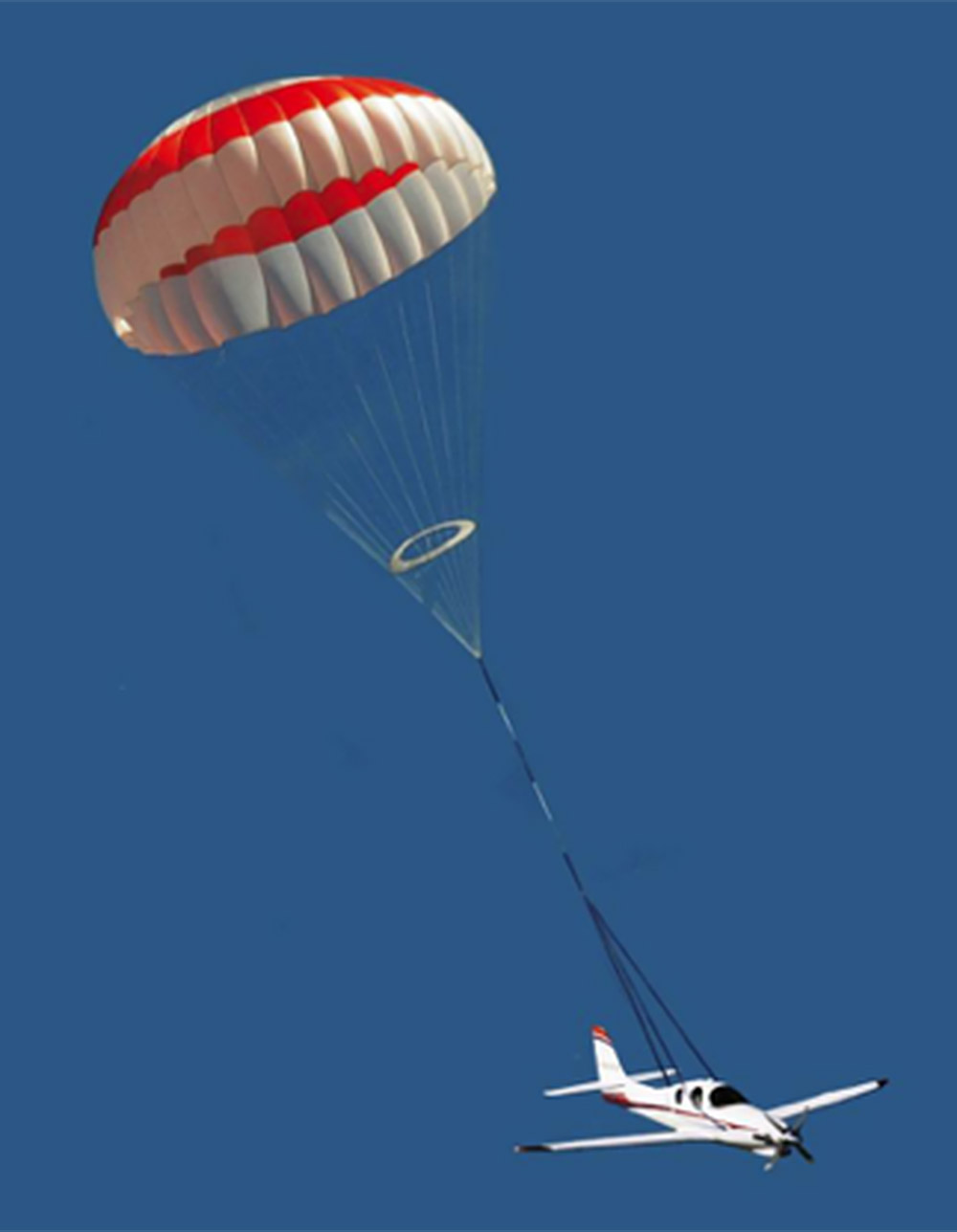 The Mako cruises at 200 knots and can climb at 2,000 fpm, depending on options. The interior is 46 inches across and 48 inches tall with inflatable door seals, sound-proofing, and other high-tech touches. The design’s heritage traces its roots to Lance Neibauer’s ground breaking 1980s Lancair 200; more than 2,100 kits have been sold since then. Lancair’s 320/360 and IV/IVP variants make up a large portion of the fleet. The aircraft line has held more than 100 speed records including many posted in the Sport Class race division at the National Championship Air Races in Reno, Nevada.

Mark and Conrad Huffstutler purchased Lancair in 2016, and the aircraft are assembled under supervision in the manufacturer’s Uvalde, Texas, facility that formerly housed the Huffstutlers’ Sierra Industries aircraft modification firm.

Mako kits have a retail price of $127,000, and finished airplanes cost between $250,000 and $500,000, depending  on builder preferences. For example, a fully optioned airplane with deicing, a turbocharged engine, and a digital panel “with us doing the build is north of $500,000,” explained Fidler. “However, if a customer puts in his own engine, steam gauge avionics, and does the work himself, the finished price is in the $250,000 range.” He said a new turbocharged engine and propeller could account for more than $110,000 and an owner’s powerplant decision drives a large portion of the completed aircraft’s price.

“We are incredibly busy and the biggest problem we have right now is scheduling builders for the initial startup of their build,” Fidler confided. “The first customer is here now and literally started a week-and-a-half ago building that aircraft.” He said Lancair was a small company with “great owners” and they wanted to make sure builders had the proper training, supervision, materials, and workspace needed to efficiently and safely construct the aircraft in the company’s fabrication facility.

Fidler hinted that the company’s future plans included “some new products aimed at Oshkosh 2018” during the Experimental Aircraft Association's annual EAA AirVenture fly-in. “The first priority of the company is to deliver well-built Makos to customers in the field and then get them to Oshkosh next year.”