Get the app Get the app
AOPA will be closed on Monday, May 25, 2020, in observance of Memorial Day.
Already a member? Please login below for an enhanced experience. Not a member? Join today
News & Videos Training Tip: Overpowered
Sponsored by Aircraft Spruce

A student pilot and instructor took off in a Piper PA–28 to fly a few laps around the traffic pattern but found themselves coping with a not-in-the-checklist emergency instead. 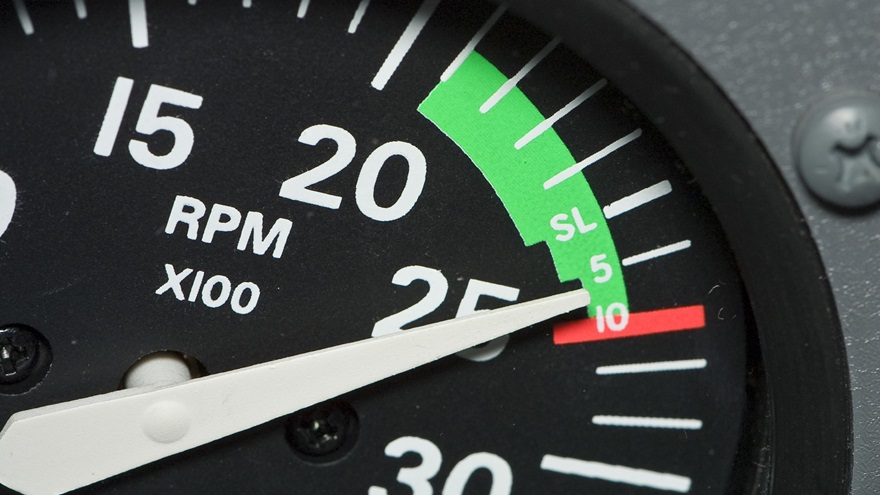 The preflight inspection had been thorough, and the pretakeoff checks detected no issues. They announced their takeoff on the common traffic advisory frequency and gave it the gun.

Turning downwind, the student pilot began to level off and reduce power. “We both quickly realized that our engine was stuck at full power because even with reducing the throttle all the way to idle there was no response from the engine or the RPM gauge,” the flight instructor recounted in a safety report.

Take a moment to ponder this scenario—is it one you have considered having to confront?

There are solutions, not all of which may appear obvious at first, but there are also hazards that must be confronted while deciding on a course of action. One risk that comes to mind immediately is exceeding the aircraft’s never-exceed speed, or VNE, depicted as a red line on the airspeed indicator; if the air is rough, the aircraft maximum structural cruise speed, VNO, must also be observed. In both cases, the aircraft structure could be at risk during maneuvering.

The human factors a private pilot applicant must understand include aeronautical decision making.

The instructor in the PA–28 chose one known course of action; experts also suggest others.

The CFI took control and climbed to 5,000 feet msl to troubleshoot the problem. Finding no published solution, the CFI, who had (somehow) managed to descend to 2,500 feet and was in contact with a local towered airport’s approach control facility, informed controllers of intention to shut down the engine and land on the airport’s longest runway. The report noted the instructor’s concern that there was no guarantee the engine could be restarted.

“A little past midfield downwind I pulled the mixture to full lean to consequently shutdown the engine,” the report said, detailing the rest of the approach until a forward slip to landing safely ended the ordeal.

Another solution also involves the mixture, but a different recipe. This method was applied after the throttle of a Cessna 182RG got stuck full forward. After climbing to slow the aircraft to the flap- and gear-operating range, the pilot manipulated the mixture control to vary power and fly back to the runway, shutting down the engine once the landing was assured.