Get the app Get the app
Get the latest news on coronavirus impacts on general aviation, including what AOPA is doing to protect GA, event cancellations, advice for pilots to protect themselves, and more. Read More
Already a member? Please login below for an enhanced experience. Not a member? Join today
News & Videos Around the world in a gyro

“Serial adventurer” James Ketchell has rowed across the Atlantic Ocean, summited Mount Everest, and cycled 18,000 miles around the world. In 2019, he is checking the aviation adventure box by launching on an earthrounding mission in a Magni gyrocopter. 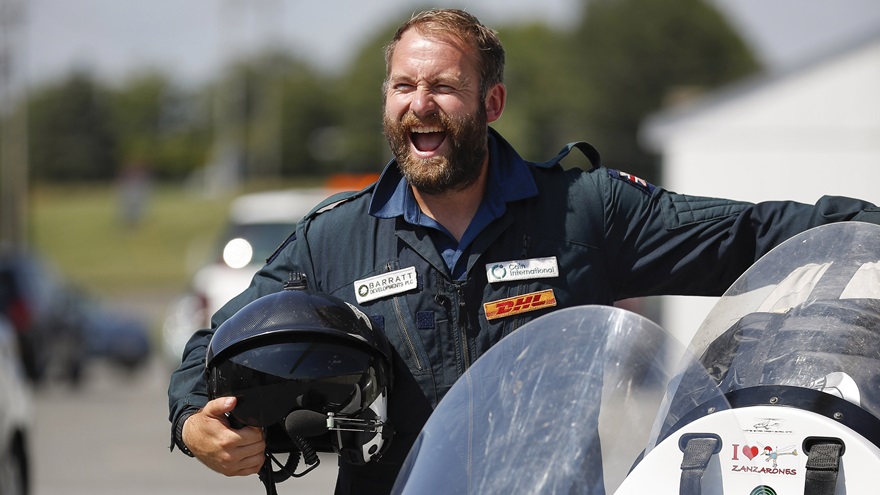 Adventurer James Ketchell reacts with joy upon checking off another state from his itinerary, this time Maryland. Photo by Chris Rose.

Ketchell landed at Frederick Municipal Airport in Frederick, Maryland, on Aug. 8. He is approximately four months and two weeks into this journey, in which he’ll not only circle the globe but also land in every state in the continental United States. From Maryland, he’ll continue to New England, then Canada, Greenland, Iceland, the Faroe Islands, Scotland, and England. His home airport is Popham Airfield, near Basingstoke in the United Kingdom.

Ketchell said it’s the first time anyone has circled the Earth in a gyrocopter. A motivational speaker, he completed what the media called “the ultimate Triathlon”: rowing across the Atlantic Ocean in 2010, climbing Mount Everest in 2011, and cycling 18,000 miles through 20 countries in 2013, averaging 100 miles per day.

Since arriving in the U.S., Ketchell has visited the Wright Brothers National Memorial in North Carolina and EAA AirVenture in Oshkosh, Wisconsin, among many other stops. He landed at Wittman Regional Airport with four other Magnis. Gyro pilots across the U.S. have been meeting Ketchell at his planned stops. Gyro pilot Frank Noe was waiting for Ketchell at Frederick Municipal with a cold bottle of water and directed him to a hangar with a large British flag. 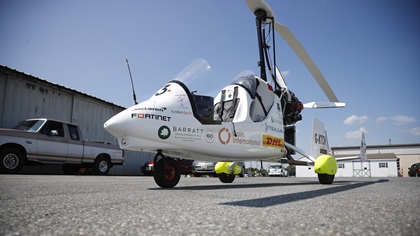 Ketchell said wherever he’s stopped, people in the aviation community have donated fuel, food, and places to stay. “I’ll be paying forward favors for a long time,” he said.

“I’ve flown every day since March 31,” Ketchell said. “I miss the people—my family and friends—and I miss having nice clean clothes and dressing nicely.” He estimates he’ll be flying another four weeks, so in retrospect it’s like he’s almost home.

Ketchell has had a few mishaps, including an emergency landing on a road in Canada to get away from lightning. “You should’ve seen the look on the truck drivers' faces when I taxied into the truck stop,” he said. He’s flown some long days; the longest stretch was 10.5 hours. The Magni cruises from 75 to 95 mph and holds about 21 gallons of fuel, giving it a range of about four hours. 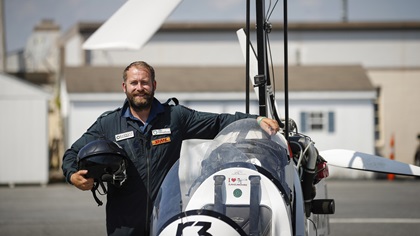 Ketchell is flying the trip in support of two charities: Over the Wall, an organization that provides "free and fun camps for children, teenagers and their families living with health challenges," and Kindled Spirit, an initiative "with the sole aim of raising awareness and supporting the victims of trafficking." He said another goal is to inspire 1 million children and young people to achieve their hopes and dreams.

Ketchell said it took him about three years to raise support for the project, and that learning to fly a gyrocopter was relatively simple in comparison to all the other preparation.

When it comes to flying long distances, flexibility is key, Ketchell said. “Yesterday I got caught in weather,” he said. “Every day it’s changing. You have to get used to uncertainty.” 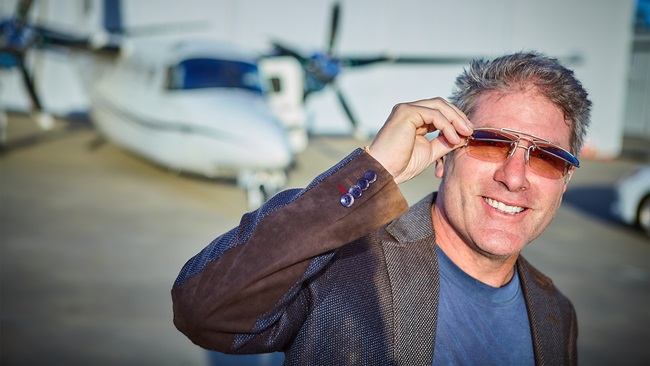 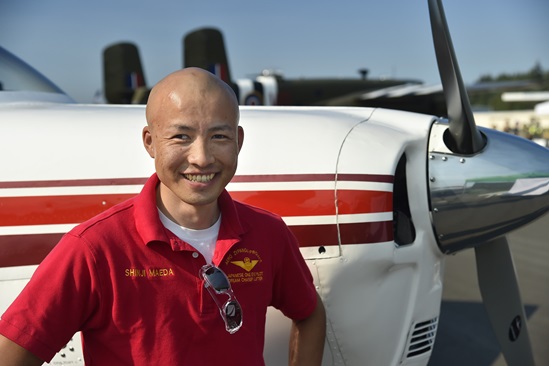 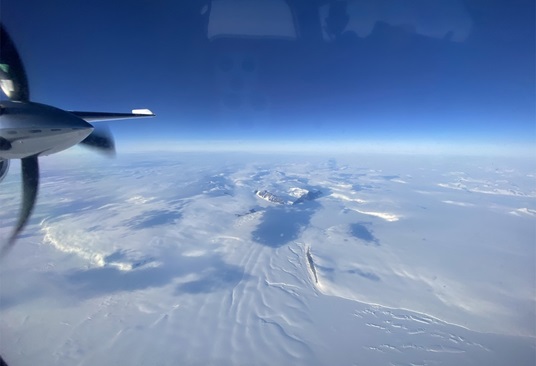