Get the app Get the app
Get the latest news on coronavirus impacts on general aviation, including what AOPA is doing to protect GA, event cancellations, advice for pilots to protect themselves, and more. Read More
Already a member? Please login below for an enhanced experience. Not a member? Join today
News & Media Unlimited aerobat cleared into market 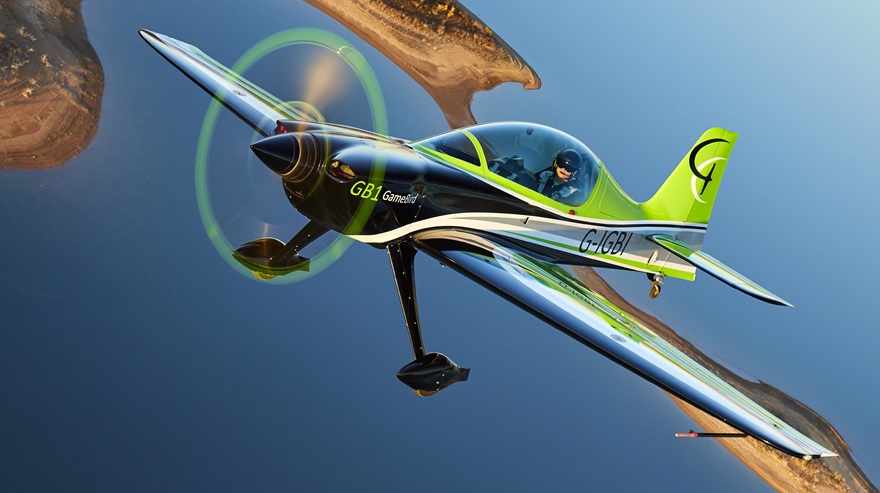 The GameBird GB1 is the newest in a series of designs produced by the fertile mind of the four-time German national aerobatic champion who learned much of the trade working for the legendary Walter Extra in the 1990s, and more recently moved to Bentonville, Arkansas, to team up with Walmart heir Steuart Walton. Walton provided the financial backing and stability required to navigate the complexities of certifying a clean-sheet design and securing FAA production approval in near-record time, allowing Game Composites to build this remarkable new aerobat in a brand-new factory staffed by many aviation newcomers hired from the local community and trained to turn out modern composite airplanes.

Steinbach detailed a few upgrades to the GB1 since AOPA Editor at Large Dave Hirschman put some Gs on the airframe for a 2017 feature in AOPA Pilot. The recessed iPad mount in the panel has been replaced by a Garmin G3X "glass cockpit” flight display, and Steinbach said the GB1 is only the second certified Part 23 aircraft approved for G3X installation.

Powered by a six-cylinder Lycoming AEIO-580B1A engine rated at 303 horsepower at 2,600 rpm, the GameBird climbs from sea level at 2,600 feet per minute at full power. Hirschman managed to hold a vertical upline for 10 seconds, gaining 2,000 feet of altitude. 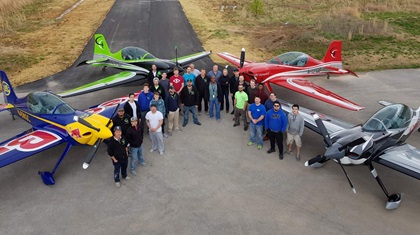 Steinbach and his team have made a few improvements since that 2016 flight. There are now full sets of radio and engine controls for both seats, mixture and throttle included, “which makes it more survivable for the instructor, to say the least,” Steinbach said. This would seem an odd choice of word, “survivable,” from a man looking to sell airplanes, but consider that the airplane in question is capable of plus-or-minus 10 Gs (with a solo pilot; it can manage a very demanding plus-or-minus 6 Gs with two people and full tanks), and is capable of more than 400 degrees of roll per second.

Red Bull Air Race pilot François Le Vot will be among the first to appreciate the benefit of having full controls from either seat. Steinbach said the former French Air Force fighter pilot and internationally renowned aerobatics coach (whose current job is about to disappear now that Red Bull has decided to shut down the racing series) plans to move to Arkansas and join the Game Composites factory team to help train new GB1 owners, and give aerobatic lessons. That will make Le Vot just the third European-born employee on a staff that has grown to 34.

“Everybody was trained from scratch,” Steinbach said of the local workforce. “Most of the guys are young and straight from school … for them it’s a real career opportunity.”

Steinbach said hiring locals and teaching them the fine points of building a certified composite airplane sold with standard airworthiness certificates to the satisfaction of FAA inspectors has been a worthwhile effort. He’s looking forward to the GB1’s competition debut in the hands of Patrick Davidson of South Africa, a Red Bull Air Race Challenger Class pilot who got his hands on GB1 serial No. 4 about two weeks ago, and is presumably flying it quite a lot in advance of the South African National Aerobatic Championships in July.

“Having the French team flying the airplane is definitely going to help,” Steinbach said.

Future customers can thank the Halcones for the factory camera mounts. The Chilean Air Force aerobatic demonstration team, which is trading in its seven Extra 300Ls for seven GB1s, needed certified action camera mounts. Steinbach said these military customers “can’t just go buy GoPro mounts on Amazon,” so the hardware to hold their cameras had to be tested and incorporated into the type certificate. In the process, they became a no-cost option for future customers as well, and the 2016 list price holds steady at $400,000, even with the addition of those camera mounts and the G3X, which, by the way, adds a lot of safety and situational awareness benefit, Steinbach noted.

He recently flew another GB1 about 1,100 miles to a customer in Idaho, a flight just at the edge of the GameBird’s range with full fuel (including 25 gallons in the fuselage tank used during serious aerobatic flight, and another 56 gallons split between two wing tanks that give this little beast 81 usable gallons to get to those distant contests.) (Steinbach made a stop in Denver just the same.) Having the factory-installed Automatic Dependent Surveillance-Broadcast equipment, which makes Flight Information System-Broadcast (FIS-B) weather information available during those long VFR flights “is really an amazing added safety feature,” Steinbach said.

Customers only have a few options to choose: the paint scheme and an optional G3X display in the front cockpit. There’s a waiting list: Steinbach reported a backlog of 23 aircraft the company aims to deliver in the coming year, and maintain a production rate of 20 to 25 per year thereafter. The current lead time is about one year, though Steinbach said customers with a more urgent need may be accommodated.

Steinbach said earning the production certificate, and previously earning FAA and European Union Aviation Safety Agency certification for the airplane itself, was a satisfying reward for many, many late nights and early mornings. “It is satisfying also from the point I need to raise two kids,” he added. “I need to continue to feed them.” 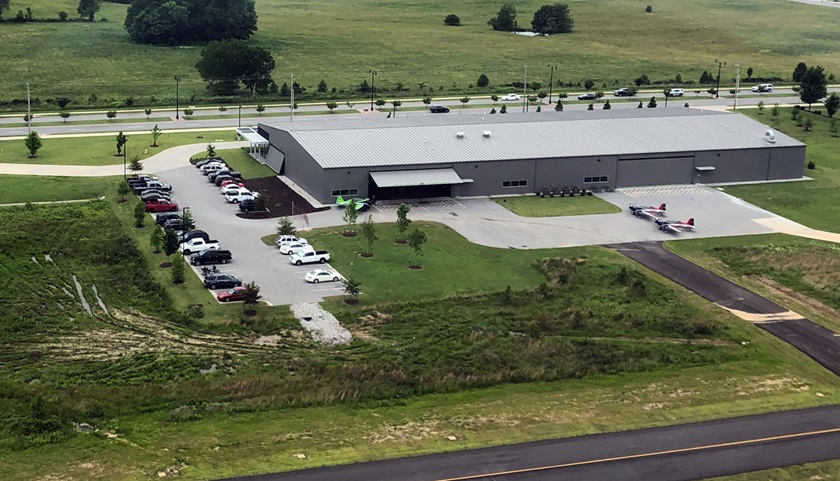