Get the app Get the app
Get the latest news on coronavirus impacts on general aviation, including what AOPA is doing to protect GA, event cancellations, advice for pilots to protect themselves, and more. Read More
Already a member? Please login below for an enhanced experience. Not a member? Join today
News & Videos Sebring cancels US Sport Aviation Expo

The annual U.S. Sport Aviation Expo hosted at Florida’s Sebring Regional Airport since 2003 has been canceled effective immediately, the airport authority announced May 30. A farewell message posted on the official website thanked attendees for “15 incredible years” after the January 2020 event was scrubbed. 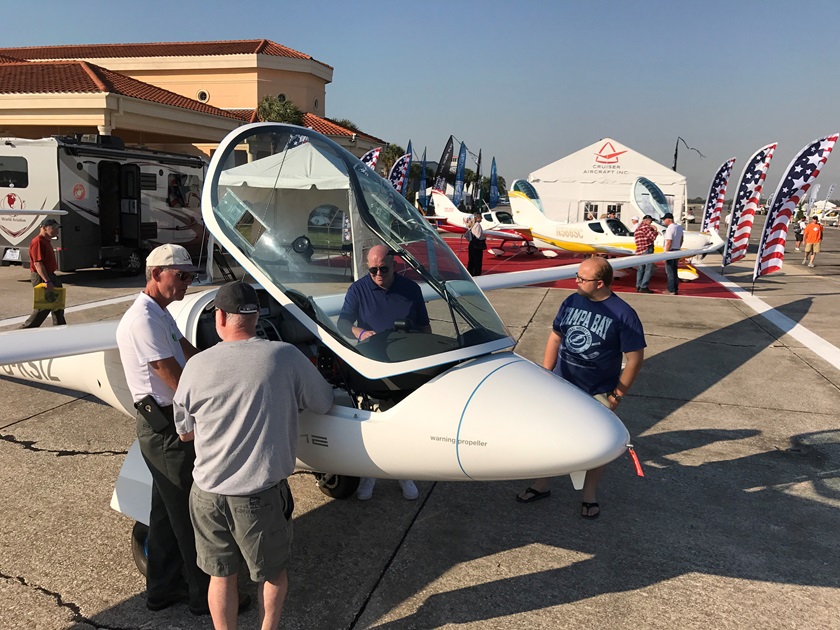 “The U.S. Sport Expo has done a good job with its original mission,” said U.S. Sport Aviation Expo Program Manager Janice Rearick, who explained that the airport would instead focus on youth and growing the future of aviation. “It became very clear that after 15 years the light sport platform had its own legs,” while at the same time, the drone industry gained momentum.

She pointed out that the expo had become more focused on youth in recent years and had added additional programming for them. A Young Aviators Zone exposed middle- and high-school students to aviation careers, which dovetailed with an industrywide challenge to increase the pilot population. “We want to show them all the possibilities they could have in aviation,” Rearick said.

She explained that the city of Sebring’s Highlands County school board was one of dozens across the United States that is participating in the AOPA High School Initiative that offers free aviation-based science, technology, engineering, and math (STEM) curriculum to ninth and tenth grade teachers and students. “The Sebring airport wants to continue to devote more time to youth aviation experiences and really put a focus on” building the next generation of aviators, whether they fly conventional aircraft or drones. “Unmanned systems can be in a lot of places and Sebring wants to be part of that,” she emphasized.

The airport authority’s statement also said that it would “focus more resources and energy toward the development of new programs in emerging aviation areas including manned, optionally manned, and unmanned systems” that include “aerial, terrestrial, and marine platforms.”

The Sebring event had grown in popularity since light sport aircraft burst onto the scene in the early 2000s with hopes to provide pilots with a lower-cost pathway to the sky through smaller aircraft and alternative licensing regulations.

As the event grew from its mom-and-pop beginnings, it attracted innovators including Phil Lockwood, a Rotax engine guru and the man behind the twin-engine AirCam. Lockwood and several other LSA manufacturers set up shop at the airport for year-round business opportunities.

During the fifteenth anniversary show in January, Zenith Aircraft held hands-on workshops, Tecnam Aircraft displayed its newest model, and Icon brought its A5 amphibian. However, the event was affected by high winds and a tornado watch that canceled forums, several introductory flights, and other activities.

Dan Johnson, a light sport aviation expert, wrote on his website that the first expo was held “barely a month after the FAA announced the new airplane and pilot certificate category.” He said the LSA community “embraced Sebring enthusiastically” as “dozens of new aircraft” were introduced into an exceedingly crowded field. The light sport market has since seen its share of manufacturers fall by the wayside.

In 2016, the DeLand Sport Aviation Showcase, also in Florida, began to compete in the same market with a similar format. The show takes place in November and siphoned off pilot interest and some of the category’s mainstays.

The airport authority’s statement pledged it would “continue to vigorously support existing aviation-related tenants with a focus on growth and vibrancy” of the region with a “commitment to all segments of aviation.”