Get the app Get the app
Already a member? Please login below for an enhanced experience. Not a member? Join today
News & Videos Flying through history

Lovers of art, architecture, and history can find a lot to love around an airport. Nestled among the thousands of airports across the country are a few hundred that claim a window to an important period in America’s past. From basic construction to art and architecture, the Works Progress Administration massively expanded our airport infrastructure in the 1930s and 1940s, and in doing so made the business of getting from one place to another easier and more enjoyable. 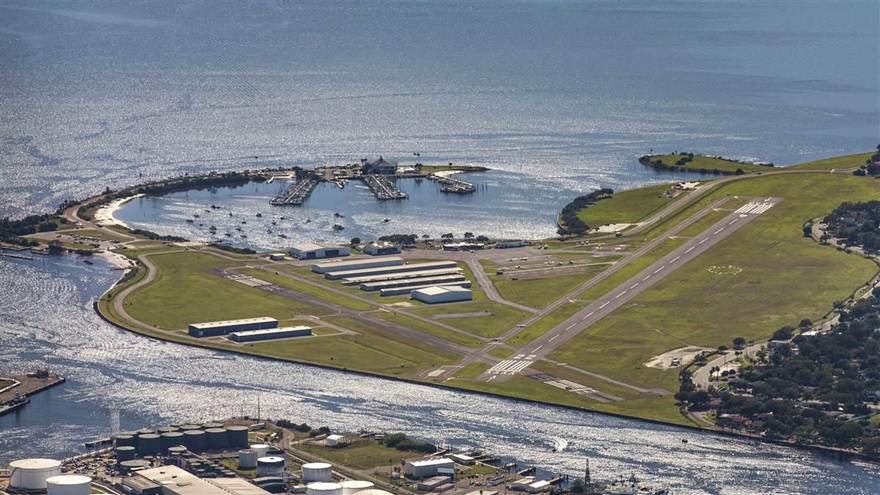 Tampa's Peter O'Knight Airport sits south of downtown Tampa. Photo by Mike Fizer.
The WPA was an agency formed by Franklin D. Roosevelt’s government soon after he took office. It was part of Roosevelt’s New Deal, and the intent was to give jobs to millions of low-skilled workers around the country. They built roads, tunnels, bridges, office buildings, and critically, airports. Between new airports, new runways, hangars, and passenger terminals, the WPA impacted more than 600 landing sites around the country, many of which are still around today.

The administration also employed a few thousand artists and musicians as part of the project. The idea was to give people meaning and hope. It wasn’t a popular part of the jobs program, but it gave us some of our best and most lasting impressions of the WPA’s work. Some of the best work is at these major commercial airports. 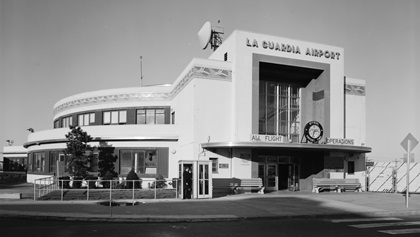 New York’s La Guardia Airport, hated though it may be now, was said to be the biggest project undertaken in the WPA system. At the time of construction, it was the most expensive project in the world. The famed Marine Air Terminal is one of the oldest active terminals in the country, and has serviced everything from the big flying boats to corporate jets and modern airline traffic. It was the flying boats for which the terminal was built. On March 31, 1940, Pan American Airways’ Yankee Clipper flew from the bay outside the terminal to Lisbon, Portugal, kicking off service. Inside is Flight, a soaring mural of mankind’s aerial achievements, and the largest mural commissioned by the WPA. Art deco details can be found all around the terminal, a signature of the WPA work. Today JetBlue operates out of what is now called Terminal A, but the historic experience is available before security.

It was simply called Building 51. The bureaucratic name defies this masterpiece of art and architecture at Newark Liberty International Airport. Built in 1934 and 1935, Building 51 was the New York metropolitan area's first passenger terminal, held its first control tower, and shuttled millions of passengers from street to airplane over decades of use. Amelia Earhart was at its dedication, and one can only imagine the people who have walked through its doors. After years of obscurity, Building 51 underwent a $6 million renovation—which included moving the entire building on dollies to the other side of the airport—and now serves as an administration building for the Port Authority of New York and New Jersey. Its signage, gleaming marble floors, and birds in relief all speak to aviation’s early boom times. If you’re feeling adventurous (and flush with cash), you could fly into Newark. Signature is directly across the ramp from what is now called Building 1. For easier flights, head to nearby Teterboro Airport or Linden Airport and take the short cab ride. 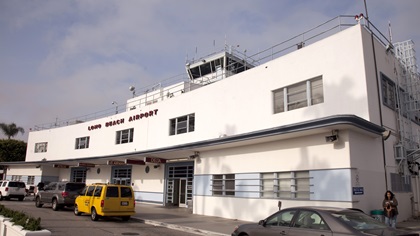 The airport in Long Beach, California, displays some of the West Coast’s best WPA airport art and architecture. In the 1930s, the airport was expanded, and a terminal and control tower were built by the WPA. Despite heavy traffic by airlines such as JetBlue, the commercial side of the airport remains a wonderful place to see WPA works. The basic structure of the building remains, as does the control tower. Inside are extensive tile floor mosaics from artist Grace Clements, depicting everything from zodiac signs to air routes over the Pacific Ocean. The floors had been mostly forgotten, covered in carpet, until building restorers tore out the carpet a few years ago. They’ve since restored the beautiful floor to its original condition. 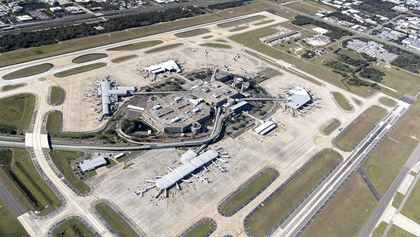 Although not often cited in the top WPA aviation projects, Tampa has a few interesting and significant WPA-era sites to admire. If you book a flight on Delta, Air Canada, Frontier, or WestJet, make time for The Art of Flight, a series of large paintings by St. Petersburg-based artist George Snow Hill. The paintings were the artist’s interpretation of flight through depictions of Icarus and Daedalus, Archimedes, the Montgolfier brothers, Otto Lilienthal, Tony Jannus (pilot of the Tampa-bound first scheduled passenger airline service), and the Wright brothers. The paintings were originally made for Peter O. Knight Airport in Tampa.

Commercial airports aren’t the only ones that received WPA project assistance. Hundreds of general aviation airports, many of which survive, benefited from the WPA’s work. Here are a few highlights: