Get the app Get the app
Already a member? Please login below for an enhanced experience. Not a member? Join today
News & Media PilotWeb phasing out in February

PilotWeb phasing out in February

If you’re still in the habit of using the old PilotWeb portal, it’s about to be as obsolete as the dusty 8-track deck that might be lurking in your garage. Better to switch sooner, we say, because this anachronistic portal for preflight information will go dark in February. 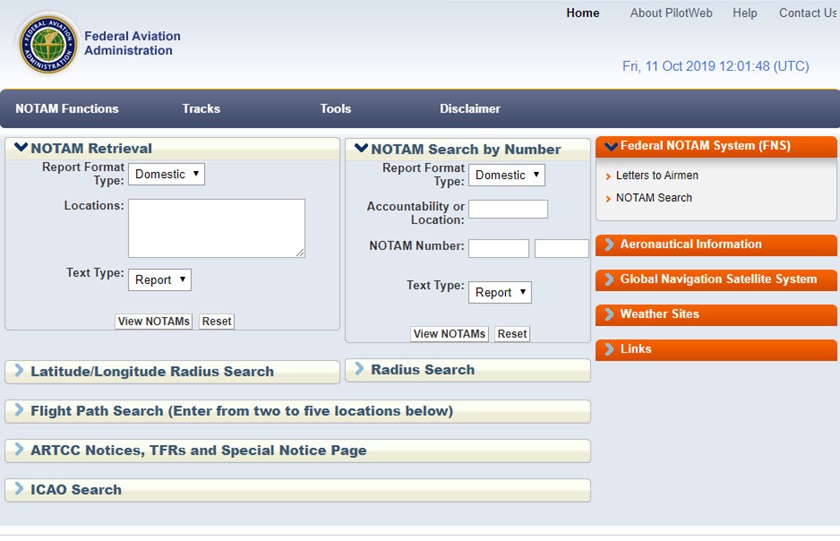 The good news is that pilots and others in the industry spoke up seeking a more efficient way to get accurate, up-to-date information, and the FAA not only listened, they implemented.

The FAA has worked with AOPA and other system users for years to improve the notam system, and aeronautical information distribution more broadly. Digital notams came online in 2016, and AOPA Senior Director of Government Affairs Rune Duke said the industry coalition has been working closely with FAA leadership in recent months to implement further improvements.

The FAA’s NOTAM Search website offers improved sorting and filtering of notams, capabilities required by the Pilot’s Bill of Rights. The website was created in collaboration with industry and is getting further updated this fall to improve a user’s ability to get the right notams and avoid being overwhelmed by the ever-growing number of notams a pilot has to read through. This website also offers graphical construction notices and letters to airmen; it will eventually have graphical depictions of temporary flight restrictions.

"There is a lot of energy at the FAA around this topic, and they have aggressive goals that we hope will bring more improvements to the flight planning process for pilots in the near term," Duke said. "There should be more good news on notam improvements in the coming months."

If you’re still in the PilotWeb habit, it really is time to embrace the new delivery system. Once you try it, you’ll never go back. (Especially after February.)

Lesser-known users of PilotWeb are so-called “screen scrapers,” apps or websites that present FAA information and data by constantly querying a website for changes. These backdoor users pull the details from PilotWeb, which, again, will not be possible when PilotWeb is phased out. Screen scrapers have been causing bandwidth issues and there is now an improved method for developers to access notam information. Developers can use the FAA System Wide Information Management (SWIM) program, to include the FAA's recently deployed SWIM Cloud Distribution Service, which will host the NOTAM Distribution Service—the FAA’s single machine interface source for digital notams. The FAA’s SWIM Cloud Distribution Service is currently available for your application development needs. Any questions about onboarding to the service can be directed to AOPA.