Get the app Get the app
Get the latest news on coronavirus impacts on general aviation, including what AOPA is doing to protect GA, event cancellations, advice for pilots to protect themselves, and more. Read More
Already a member? Please login below for an enhanced experience. Not a member? Join today
News & Videos AOPA leadership discusses state of GA

In this unprecedented time, AOPA members and pilots alike are interested in many topics related to the status of general aviation and how the current changes are affecting their ability to fly. To address those concerns and explain what we are doing to continue protecting and promoting GA during this time, AOPA President Mark Baker joined Senior Vice President of Marketing Jiri Marousek for a live YouTube conversation on April 22. Baker and Marousek hosted this virtual discussion while socially distancing from their respective homes. 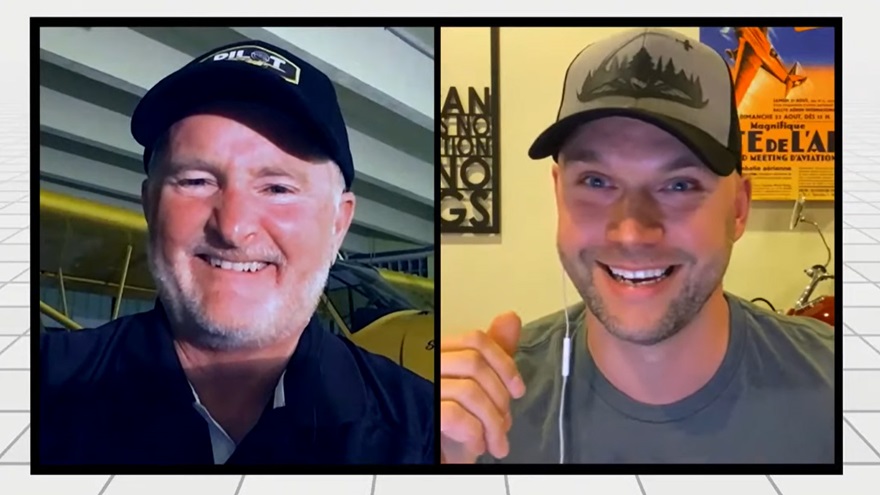 More than 1,200 AOPA members and aviation enthusiasts joined the interactive chat, which was driven by specific member questions. The recorded version had more than 7,000 views as of April 27.

The following are highlights of Baker’s comments:

Relief from the FAA: As you might've guessed, there's a long list of items that we need extensions for: a few [flight reviews], annuals on aircraft, medicals, the list goes on. As I heard earlier today, we believe that the [special federal aviation regulation] will be out hopefully in the next week or so. One of the efforts that the D.C. team and I have been involved in is working with the FAA, the regulator side, and even with Congress, to get letters sent to the FAA saying, "We need extensions."

Public benefit of GA: There is a lot of public benefit flying going on, moving around the country to where supplies and personnel are most needed. We want to keep those things going, want to keep people safe, and we want to be compliant with rules and regulations.

State regulations: The ability to fly is very different state by state. The best way for pilots to check is visit our website and look at what your state is saying. Most states are recognizing that flight training for proficiency and for safety is still an important thing. So, I expect general aviation really has an opportunity to pick up in the coming future.

Fuel prices: Well, I've been really amazed in reflecting on fuel prices around the country. The municipal airports, and the mom-and-pop FBOs are doing a great job trying to pass those savings onto you as an aviator. I mean, unbelievable prices I haven't seen in 20 years are now available. Support those great smaller FBOs—we want to get those businesses to stay healthy, as well.

Maintaining aircraft: If your airplane has been sitting outside and it's been raining, you really need to take the time and walk around that airplane. Drain the fuel, make sure no birds have arrived and built their nests on it, because this is the time of year all that occurs. The pilot in command is always responsible for safety; take a little extra time when you start that preflight.

Aircraft trends: I'm still a big believer that the electric aircraft for training is around the corner, and the value proposition really seems to be strong. I think that's going to be a real positive when it gets introduced and takes some cost out of training.

Need for pilots: There are about 25,000 private pilot’s licenses issued every year right now. We're hopeful to get something closer to 40,000 or 45,000, if we are to go anywhere near what the airline projections were.

AOPA Fly-Ins: It's very unfortunate that we had to give up on both San Marcos and Casper, because we've really enjoyed our fly-ins. They are a positive for us, a member benefit, and the local community really enjoys them. But it was the right thing to do to cancel those. We've kept Rochester, New York, on our schedule for September. I'm hopeful that we'll have a better clarity in the next month before we must make that call.

Insurance: Maybe it's time to make sure you've got a safety protocol that you can ship to your agent, to tell them what you're doing for your own safety, having the right airplane and flying it the right way. It's really an important time. It's not as cheap as it once was, but it is interesting if you look back 10 or 15 years ago, we had the same tightness in the market, and it took a while for it to get rationalized. So, it may be a couple of years before things stabilize.

Are you flying, Mark? Yeah. I've got my 1953 Super Cub here in the hangar. I've had this airplane for over 25 years and put thousands of hours in this airplane. I take it out and go for a ride, stay current is what I'm trying to do. It has been a great release for me to go out for a ride in the morning and see this beautiful Earth and sky and ocean here in Florida. I believe in doing everything compliant and buying fuel at the local FBO. We work hard to keep that privilege front and center with all local and federal government.

Ligado Networks: Most recently, the five commissioners of the FCC did agree to the Ligado petition, which goes back to the original Lightsquared. We just don't know enough right now, and it cannot be at the risk of safety of flight. The Department of Defense, Senator Jim Inhofe and his team, and a few other senators came up pretty firmly against going too fast here. You really need to understand what the spectrum means to aviation, in both defense aviation, as well as general aviation and commercial aviation

Opening the skies: This, too, shall pass. But I do believe that the economy has got some real challenges, and I feel very badly for people that have been affected. Certainly, there's going to be some challenging times for lots of people. So, we at AOPA care first about those circumstances. Then, we want to do a good job of supporting the economy, getting businesses back going, and getting recreation travel and general aviation back toward a healthy economy and a healthy world.

Thanks for your support for AOPA. What you care about in aviating, we care about and represent you.