Detect-and-avoid tech could be tailored for GA

NORSEE can you see the traffic?

While risky behavior with drones has prompted too many troubling headlines, technology developed for unmanned aircraft may help enhance situational awareness in the airspace for many applications. 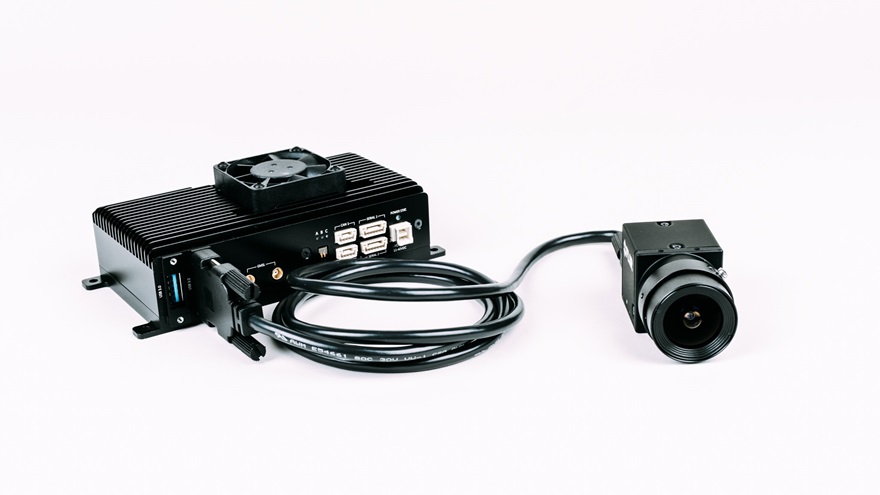 The basic components of Casia, a camera and a computer, can be configured based on operational requirements with additional cameras to create 360-degree situational awareness. Photo courtesy of Iris Automation.

The automated detect-and-avoid system developed by Iris Automation has thus far been tested in real-world and simulated encounters that are part of the efforts by government and industry to safely integrate unmanned aircraft flown beyond visual line of sight (BVLOS). The computer vision anticollision solution could also prove useful beyond allowing package delivery drones to mix with other air traffic without causing accidents.

If and when applied in a manned aviation context, this would not be the first technology to cross over from unmanned to manned aviation, and it might not require the most rigorous path to approval. The FAA allows a range of accessories to be added as Non-Required Safety Enhancing Equipment (NORSEE), which has fast-tracked an array of devices into GA cockpits, from angle of attack indicators to panel displays and ADS-B transceivers. The technology developed by Iris Automation could provide low-cost NORSEE to a variety of general aviation aircraft. Iris Automation CEO Jon Damush, a general aviation pilot and aerospace engineer who joined the company in October, would like to hear from fellow AOPA members who may be interested in using Iris's Casia computer vision system in their own aircraft to improve situational awareness.

“I want to do that,” Damush said in a recent videoconference. “Truth be told, that’s how we test our systems: First, we put them on GA aircraft. We have our own Cub.”

Casia was developed as an on-board solution for unmanned aircraft, with size and power requirements suitable for many unmanned aircraft. It automates the process of detection and classification (identification) of moving objects. Its algorithm can calculate closing velocity within seconds after Casia cameras “spot” nearby objects with relatively simple, commercially available video cameras. Those cameras feed their signal into a sophisticated computer running Iris Automation’s custom algorithm that calculates range, bearing, and closing rate. If Casia determines that the object poses a collision risk, it can direct the autopilot to change course, covering the “avoid” portion of “see and avoid.”

Detect and avoid (DAA) technology will be critical to BVLOS operation of unmanned aircraft, and likely to play a role in a broader system now being created to manage large numbers of aircraft flown with or without pilots. Damush, who previously worked for Boeing Co. as the leader of the aerospace giant’s new business ventures (Boeing NeXt), said one of his first conversations with his new team was about defining a mission that is not limited to one particular piece of equipment. 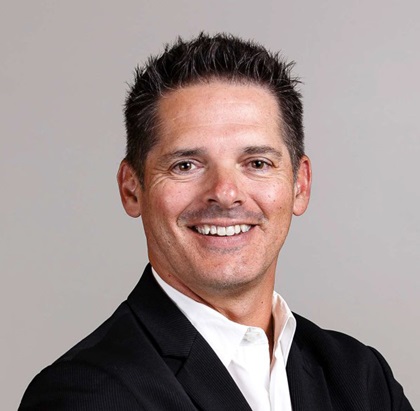 “The short answer is, we’re here to make flying safer, period,” Damush said. While Casia is designed as an onboard DAA solution for drones, Damush said there is much that can be done with aircraft-mounted cameras, and installation opens possible future capabilities that could be enabled with software alone.

“There’s absolutely nothing that limits me from using that camera system that’s going to be integrated with the airframe to do other tasks. Maybe it’s GPS-denied navigation. Maybe it’s passenger identification through facial recognition as they walk up to the air taxi. Who knows?” Damush said. “These applications and these use cases will pop up, and I’m a software build away from being able to satisfy and deliver a new piece of value based on the hardware that’s on the airplane.”

While Damush said Casia has performed well, with no notable failures to detect nearby aircraft (or other significant objects in the airspace) to date, it will always be a “last line of defense,” and proving that failure to detect is a one-in-a-billion proposition may not even be the point.

“Our system is only as good as the physics of the optics of the cameras that we can use,” Damush said. “Why should we keep a system like that out of operators’ hands because it doesn’t get to this theoretical standard yet? To me, it’s silly. It’s a layer of safety that you’re adding. To me, as an aviator, that’s a good thing.”

Damush said he’s talking to just about everyone who builds flying things with that in mind, ready to travel with the likes of Cessna, Piper, and Cirrus the path to equipping type-certificated aircraft with NORSEE that the FAA created a few years ago, triggering a boom in new product development for GA. NORSEE allows owners of certified aircraft to install a range of accessories that have not been approved via supplemental type certificate or technical standard order.

“Even if it’s not TSO’d, if it’s a box that I can put in the window and sends a Bluetooth traffic alert to my ForeFlight, I’ll take that, any day of the week. That’s great,” Damush said.

Another Silicon Valley startup, uAvionix Corp., first came to AOPA’s attention in 2016 at a San Francisco drone show, where it pitched a compact, lightweight, drone-sized ADS-B solution called pingRX that has since been developed into a line of ADS-B transceivers for GA aircraft. The company has also branched out from there into cockpit displays, with certification of the most recent addition to its certified product line, the AV-30-C cockpit display, announced in September.

It remains to be seen what technologies will be included in the mix when package delivery drones fly beyond the limited test cases flown to date. The FAA is expected to announce a new rule for remote identification and tracking of unmanned aircraft (RID) very soon, possibly by the end of the year. 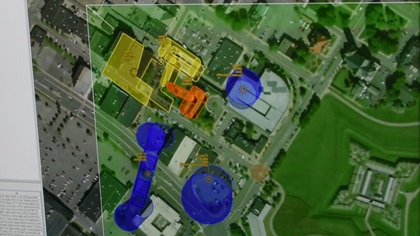 RID will be part of a broader system for managing large volumes of low-altitude air traffic, and the FAA and NASA recently conducted a second phase of testing a prototype of such a system with the Unmanned Aircraft Systems Traffic Management Pilot Program. These Phase 2 tests in November included a mix of live and simulated flights to test RID and UTM solutions.

“The collaborative effort between all of our partners and participating organizations in order to safely complete the task at hand, in the middle of a pandemic, was astounding,” said NUAIR Chief Operating Officer Tony Basile, in a news release. “We had pilots come in from across the state including a pilot from Mohawk Valley Community College and multiple pilots from the sheriff offices of Oneida County, Albany County and Washington County. Without their support and participation, we wouldn’t have been able to get to the airspace density required for UPP2.”

Damush said nondisclosure agreements preclude much specificity about what role Casia might have played in any particular program or exercise, but he offered another potential application of the computer vision system, one that would fit very well into the network of ground-based surveillance that New York state officials have funded to support BVLOS operations. Ground installations of Casia could provide similar situational awareness to support a range of future operations, helping to prevent collisions as the skies get more crowded, Damush noted.

Damush said he does not believe that GA aircraft owners should be burdened with added costs to facilitate routine BVLOS operations by drones.

”The newcomers should be the ones that comply,” Damush said. “I am now running a newcomer … logically, it does make sense for the drone community to take on the burden, mostly.”

Ground surveillance, highly automated traffic management, and drone-mounted DAA systems appear likely to be key elements of drone integration at scale, along with urban air mobility. The recent NASA and FAA tests provide clear evidence that this approach is what the government is aiming for.

“There’s no single technology that solves the problem. Not ours, nobody’s,” Damush said. “Aviation (has) a systems approach to the problem. There’s never one thing that does anything.”