Editor's note: This article was updated May 26 with additional information.

Canadian Forces Snowbirds Capt. Jennifer Casey, 35, was killed and Capt. Richard MacDougall was injured after they ejected from a Canadair CT–114 Tutor jet shortly after takeoff from Kamloops Airport in British Columbia on May 17. 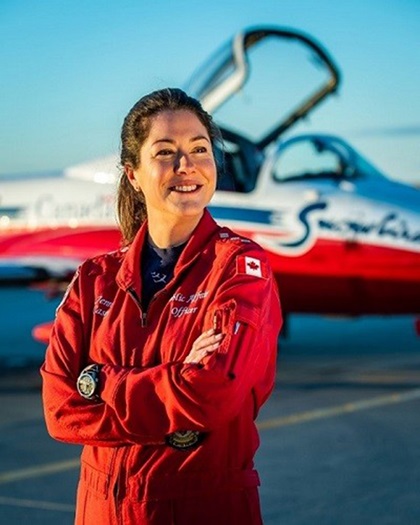 The two-person, single-engine military trainer crashed into a nearby neighborhood during a repositioning flight for Operation Inspiration, a series of aerial tributes to coronavirus pandemic frontline workers and COVID-19 patients. The day’s scheduled “flypast” to the Okanagan area had been canceled the night before due to rain and low visibility, a social media update noted.

The aerial demonstration team from Moose Jaw, Saskatchewan, is known by airshow crowds for its seven-ship aerial ballet maneuvers and helps build camaraderie among the group by matching a pilot with another crewmember during repositioning flights.

The all-metal Canadair CT–114 Tutor aircraft is a favorite among its pilots because the control surfaces are moved by pushrods and a General Electric J85-CAN-40 turbojet engine can power the nimble jet to 18,000 feet in less than six minutes. “It handles like a classic 1960s sports car. Not just a sports car, but a classic sports car,” Capt. Blake “Naughty” McNaughton, previously told AOPA during a Snowbirds visit to the Washington, D.C., area.

An investigation team from the Directorate of Flight Safety in Ottawa was onsite to determine the cause of the accident, but the precise circumstances leading up to the crash were not known. Operation Inspiration was postponed until further notice and the entire Snowbird fleet was put “on an operational pause.”

“Her loss is a serious blow to not only our Team, but to the Royal Canadian Air Force and the Canadian Armed Forces as a whole,” said Lieutenant-Colonel Mike French, Commanding Officer of 431 (Air Demonstration) Squadron in a statement.

French complimented Casey as a “tireless and energetic officer” whose social media savvy “endeared her to the public.” He said she “absolutely loved what she did” and it was one of the main reasons the aerial tributes were so well received by the public. He said Casey was in the process of being nominated for a Chief of the Defence Staff commendation. The spokeswoman had recently participated in a flyover honoring the 22 people killed in a Nova Scotia mass shooting in April.

Before Casey joined the Snowbirds team she worked as a television reporter and was remembered by former colleague Richard Zurawski as a “beautiful person in all aspects.” He complimented Casey’s “sharp wit, sharp kindness. Intuitive insights. Really a journalist’s journalist, who could always get to the bottom of a story,” the Global News reported.

Video shared to social media by Shannon Forrest and published by The Sun showed a two-ship takeoff into overcast conditions. One of the jets broke formation and entered a spin. The occupants ejected a few hundred feet above the ground as the jet plunged in a nearly vertical angle. In the video, it appeared that the parachute canopies didn’t inflate.

Canada Governor General Julie Payette said she was “devastated at the loss” of Casey. The former astronaut added in a statement that the Snowbirds provided “a source of hope” during a “difficult time for our country” in the midst of the coronavirus pandemic. “Tonight, as this tight knit group mourns the loss of one of their own, we grieve with them, as one family.”

A military aircraft transported Casey's body to a homecoming ceremony in Halifax May 24. Residents lined roads and overpasses during a police-escorted funeral procession and scores held the red-and-white Canadian maple leaf flag aloft as the motorcade passed.

The Snowbirds were to have performed at EAA AirVenture 2020 before it was canceled due to the coronavirus and were one of the first airshow teams to commit to a 2021 performance, EAA President Jack Pelton previously noted. 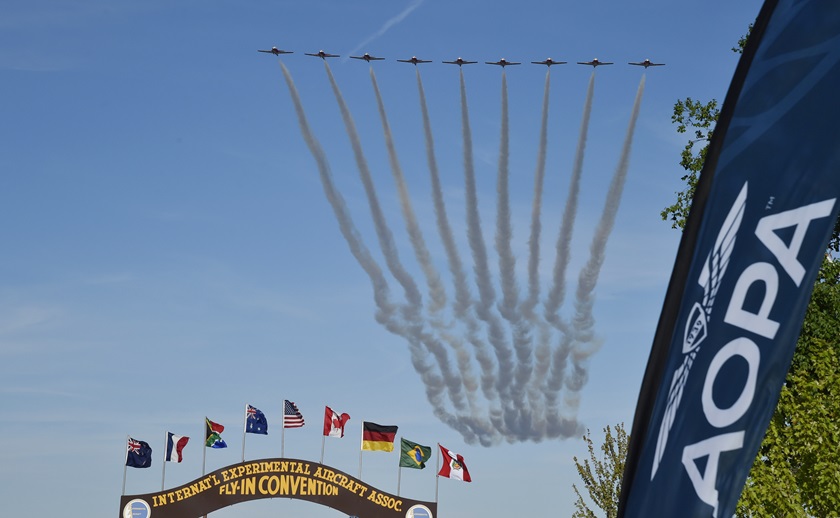