Get the app Get the app
Get the latest news on coronavirus impacts on general aviation, including what AOPA is doing to protect GA, event cancellations, advice for pilots to protect themselves, and more. Read More
Already a member? Please login below for an enhanced experience. Not a member? Join today
News & Media Pilots honor health care workers in 90 cities

A dozen uniformed police officers joined a handful of medical workers in white coats waving, clapping, and taking selfies after the Cirrus touched down under misty skies at Ronald Reagan Washington National Airport. A ceremony concluding America’s Operation Thank You The Relay in the Sky unfolded on the Signature Flight Support ramp between two idling business jets as presidential campaign flight crews looked on.

Gloria Hairston of the Washington, D.C., Veterans Affairs Medical Center snapped photos, applauded, and acknowledged those involved. “The thank you is for all health care workers, all first responders, all of those on the front lines of this pandemic—and every day caring for Americans state to state. Thank you to the pilots, thank you to all those involved for this opportunity.” She said the group effort was “just amazing and we hope this continues just as a reminder to health care workers that they are truly appreciated in providing quality care and safety.”

The recognition held special meaning for Goldberg because the Maryland-based FlyOpenAir.com pilot overcame a personal medical challenge in 2020: An aortic aneurysm was discovered during a January airman medical exam. It was repaired, and after regaining his medical signoff, Goldberg resumed duties as a charter captain. He said he appreciated the medical community’s support and wanted to contribute in his own way. “While I know this [flight relay] is to honor the health care heroes dealing with COVID, for me—my life was saved this year…because I was a pilot.”

Goldberg said the short flight from Baltimore/Washington International Thurgood Marshall Airport “was great. This really is just another piece of pavement—but not really. It is Reagan National Airport and I’m honored to be here. This is pretty cool.” 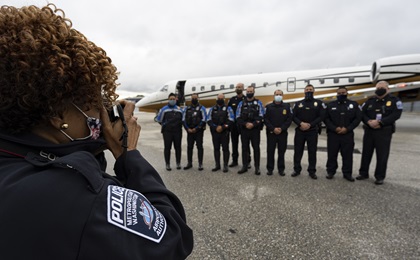 Relay flight organizer and Spirit of Liberty Foundation Chairman Richard Rovsek was jubilant after the final flight was in the logbooks. “I’m going to call it ‘Operation Successful.’ It’s a labor of love and I want to thank everyone. We flew to 90 cities and logged almost 11,000 miles” to honor front-line coronavirus workers during brief ceremonies at FBOs.

Beaming health care workers and law enforcement personnel greeted volunteer pilots with open (but distanced) arms when the relay team landed at local airfields. Some flight legs were adjusted for mechanical issues or eliminated because of weather, staffing, or logistics. The penultimate day saw several mid-Atlantic flight legs canceled because of drenching downpours and low visibility in the aftermath of Hurricane Zeta.

College student Skip Helmly, whose brother is a Piedmont Airlines regional pilot, acted as flight coordinator and logistics juggler while accompanying pilots on the flights. He kept track of a special Healthcare Heroes banner and torch through 48 states, and made sure the volunteers had what they needed to keep the relay going for 38 days. When the weather was too rough for GA travel, Helmly hoofed it on commercial flights and met up with pilots at the next city. The interdisciplinary major said the journey made him appreciate the flexibility of GA and spurred him to begin flight lessons soon.

Helmly read a statement from the Spirit of Liberty Foundation that acknowledged “The Greatest Generation” of World War II and looked to the future. “We’d like to think that America’s next Greatest Generation are the ones fighting in the trenches against COVID-19. Those are our health care workers, and we can’t thank you enough for everything you do. Without you, we wouldn’t be able to get through this.” He added that people didn’t think “health care workers would be putting their [lives] on the line until that became a realization earlier this year, so that’s something that should be recognized.”

“It’s a priority, and we will do this again,” Rovsek reiterated. “This is an opportunity for aviation to come together and do something really important” for others. “It wasn’t done easily, but it was done with a lot of heart,” he said by telephone. Rovsek vowed to organize a similar 2021 effort to honor military veterans that would culminate on Veterans Day in Washington, D.C. 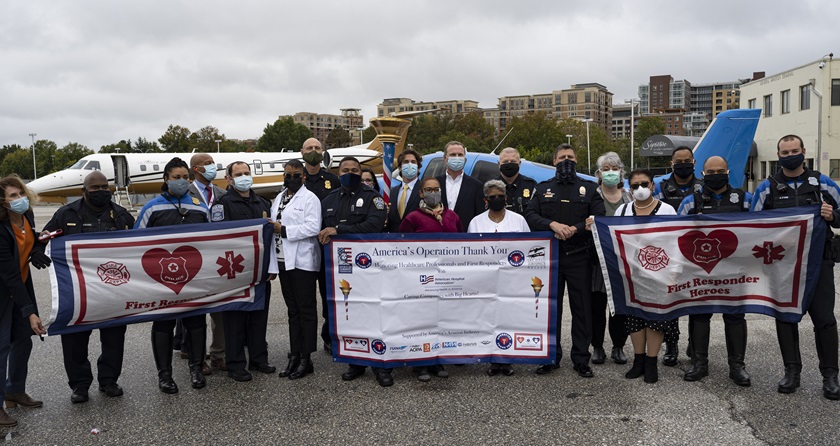 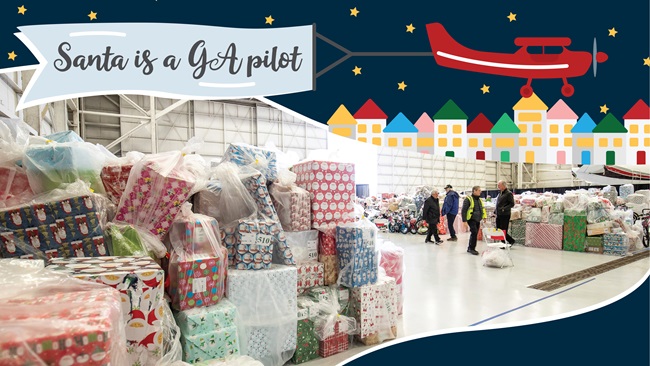 Santa is a GA pilot 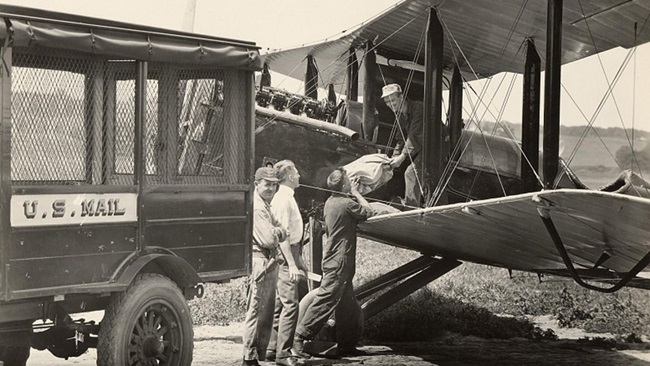 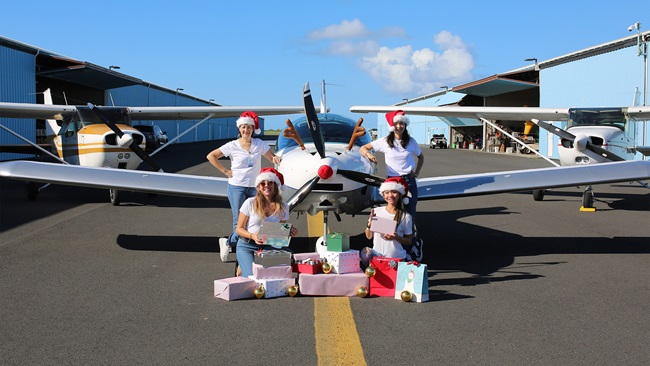