Get the app Get the app
Get the latest news on coronavirus impacts on general aviation, including what AOPA is doing to protect GA, event cancellations, advice for pilots to protect themselves, and more. Read More
Already a member? Please login below for an enhanced experience. Not a member? Join today
News & Media Daher celebrates rollout of milestone turboprop

Daher rolled out the 1,000th airplane of its TBM line of single-engine turboprops on September 21 in a media event streamed online from the aircraft factory in Tarbes, France. 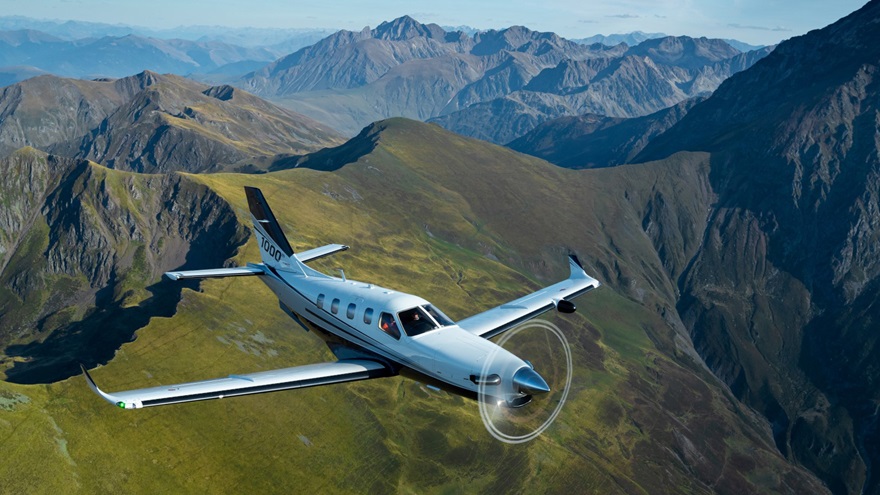 The stateside buyer of the airplane, a TBM 940, was James Hislop, an investment company executive who flies for business, for personal travel, and as a volunteer pilot for several public benefit aviation organizations.

Hislop was set to receive his aircraft on September 23 at Morristown Municipal Airport in New Jersey and said during a virtual appearance at the rollout ceremony that he was “hugely excited” about his acquisition. He was welcomed to the TBM family by Daher CEO Didier Kayat and Nicolas Chabbert, senior vice president of Daher’s aircraft division.

Kayat acknowledged that the milestone delivery was taking place in a “terrible year” for the aviation industry. From aircraft manufacturers to airlines the aviation sector has faced turmoil inflicted by the coronavirus pandemic—but that should not obscure the importance and celebratory nature of the occasion, he said.

“Why? Because the aircraft will always be an object of freedom, of magic, putting stars in the eyes,” he said, adding his expectation of a bright future for aviation and noting the “passion” of those who manufacture, maintain, and fly aircraft.

The online event linked the present with the past, featuring video footage of the design evolution of the TBM line—its first model, the TBM 700, was certified in 1990—and video appearances by figures who played major roles in the aircraft’s development.

The original model, a 300-knot airplane with a flat-rated 700-shaft-horsepower Pratt & Whitney PT6A-64 engine, was the “first, fully-pressurized, single-engine, turboprop aircraft in the world” to be certified, according to the company.

One of the videos explained that the TBM concept was born when light-aircraft maker Socata teamed with Mooney Aircraft to bring the concept of “jet-like performance” within reach of both the purchasing power and piloting skill level of private pilots. (The aircraft’s “TBM” designation reflects that history, with the TB signifying Tarbes, and the M a nod to Mooney.)

Upgrades of the 700 series marked the aircraft’s development until the TBM 850 entered the scene in 2005 with added power, performance, and cruise speed, with news coverage teasing a competitive potential of the model against very light jets.

More efficiency and systems upgrades produced the TBM 900 in 2014, the year Daher, already a part owner of Socata, acquired the remaining stake. In 2017, the TBM 910 debuted, featuring the Garmin G1000 NXi panel and cabin refinements.

The TBM 940 arrived in 2019 and “broke the mold,” AOPA reported. It arrived on the market with an autothrottle, then made even bigger headlines in 2020 with the certification of HomeSafe, an autoland system that Chabbert described in July as “a game-changing step that expands flight safety from pilots to the passengers themselves.”

The pandemic has scaled back production expectations, Chabbert said, but he expressed optimism during a question-and-answer finale to the September 21 rollout event that Daher would deliver 42 or 43 airplanes in 2020—assuming the supply chain can keep up.

Kayat fielded, but did not directly offer a response to, a question about whether Daher contemplated producing a twin-engine airplane.

He did note, however, that he remained a “huge believer” in the future of the TBM and Kodiak brands. Daher acquired Sandpoint, Idaho-based Quest Aircraft, manufacturer of the Quest Kodiak utility turboprop, in 2019.