The FAA created a rulemaking committee and assigned it to recommend performance-based standards for routine operations of unmanned aircraft beyond visual line of sight (BVLOS) with a report due in six months. 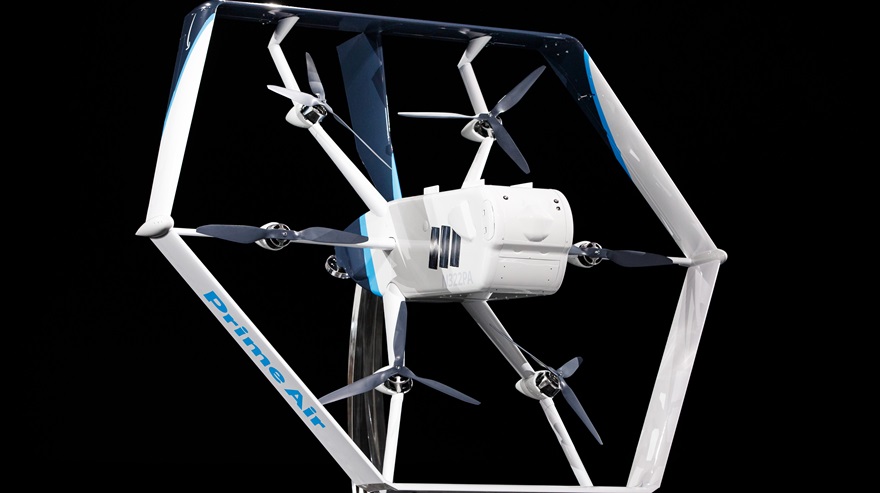 Two years after Amazon unveiled a drone built for package delivery, the FAA named the company as an industry co-chair of the committee tasked with recommending rules and standards that will allow drones like this to operate at scale. Photo courtesy of Amazon.

AOPA is among eight “traditional aviation associations” listed on the roster of the new aviation rulemaking committee, and among 90 organizations named overall in documents released June 9. The list also includes many of the universities, trade groups, manufacturers, and governments (state, local, and tribal) that have been working with the FAA to develop and advance the technologies required for routine BVLOS operations for several years.

“The FAA recognizes the significant safety, economic, and environmental value associated with BVLOS unmanned aircraft operations,” the committee charter states. “Over the past five years, the FAA has engaged in multiple pilot programs and partnership arrangements—including the UAS Integration Pilot Program (IPP), Partnership for Safety Plans (PSPs), and currently BEYOND—to further both the Agency’s and stakeholder community’s collective understanding of the minimum performance criteria for safe BVLOS operations. The UAS BVLOS ARC will consider the various lessons and insights gained from these and other activities to inform the FAA on performance-based criteria to enable safe, scalable, economically viable, and environmentally advantageous BVLOS operations in the NAS.”

“The recommendations put forward by this committee will set the stage to safely integrate complex drone operations within our shared national airspace system, and we appreciate the FAA’s recognition that all stakeholders deserve a voice in shaping the regulations to come,” Cooper said.

AOPA has consistently supported the safe integration of UAS, and actively participated in every related rulemaking effort to date. AOPA President Mark Baker is among the original members of the FAA Drone Advisory Committee and continues to serve. Along with preserving airspace safety for all users, AOPA has made it a priority to educate industry leaders and policy makers about the importance of preserving airspace access for all users, including strict avoidance of any mandate for existing aircraft to be modified with new equipment to facilitate traffic separation.

The BVLOS ARC roster also includes many of the key players in efforts to facilitate safe BVLOS to date, including Iris Automation, which developed the first computer-vision-based on-board detect-and-avoid solution for unmanned aircraft to be tested under FAA-sanctioned programs.

“We’re encouraged by new technologies that can provide protection from midair collisions without placing further burdens on general aviation,” Cooper said. “While on-board collision avoidance solutions on drones appear ideal, we look forward to learning about other approaches that demonstrate equivalent levels of safety without creating unnecessary burdens or barriers for current aircraft owners.”

Zipline, which has conducted extensive BVLOS operations delivering blood and medicine with its custom-made drones in Africa and began conducting trials in the United States in recent years, is also included. Six UAS manufacturers were named, notably excluding DJI, the world’s largest producer of consumer and enterprise UAS.

The FAA limited the scope of committee’s consideration to operations not receiving air traffic control services. The first report will be due six months following the first meeting, and the ARC meetings will not be open to the public, the charter notes. Documents including reports, agendas, working papers, and other records made available to the ARC will be available for public inspection and copying at the UAS Integration Office at FAA headquarters in Washington, D.C.