Electric motor provider magniX, which has been flying a retrofitted electric de Havilland DHC–2 Beaver seaplane in conjunction with Canada’s Harbour Air for more than a year, announced the development of two additional motors capable of 450 or 850 shaft horsepower that could help speed acceptance of electric aviation powerplant technology. 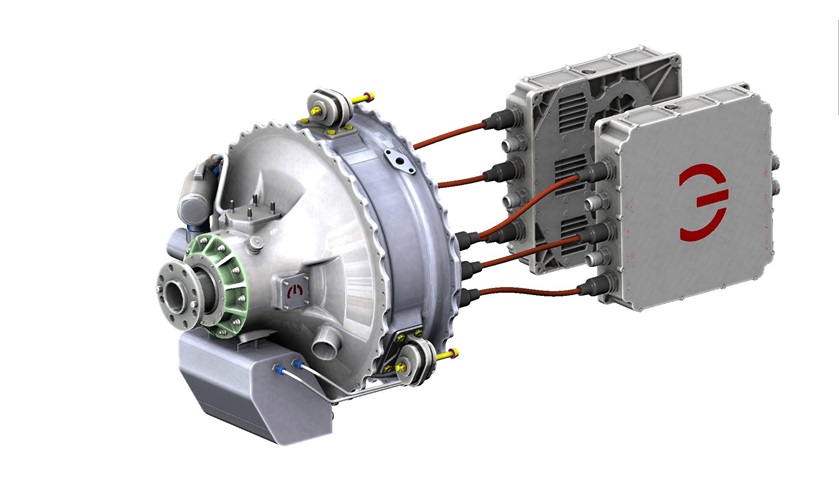 The magni350 electric propulsion unit produces 350 kilowatts of energy and is capable of 450 shaft horsepower. Photo courtesy of magniX

The magni350 is a 350-kilowatt electric powerplant capable of producing 450 shaft horsepower, and the magni650 is designed as a 640-kW propulsion system equivalent to 850 shp.

For comparison, the fossil fuel-free electric Beaver that took flight in December 2019 is propelled by a 750-shp magni500 motor.

Extensive flight and ground testing allowed the firm to introduce a series of enhancements that led to “more simplified, reliable, and convenient adoption of all-electric power.” Additional common-core architecture may “further accelerate the path to certification for electric aircraft,” the company said in a news release.

The motors operate at 2,300 rpm or less and are “designed for 30,000 feet of altitude in unpressurized environments. Both systems can drive a propeller governor and standard aircraft accessories, all from the front cone of each motor,” the company explained. The liquid-cooled direct drive electric propulsion units (EPU) share the magniDrive-100, a 170-kW inverter/motor controller power electronics unit.

"Based on real-world design, build and operational testing, we're making incredible strides to push the aviation industry forward and accelerate the rate at which aircraft become electric," said magniX CEO Roei Ganzarski. He said the two new EPUs will “enable affordable, emission-free, and quieter flights to communities around the world in the very near future."

The motor-maker notched another milestone in May 2020 when a Cessna Grand Caravan modified with a magniX electric motor took flight for 28-minutes over Moses Lake, Washington. It was the largest aircraft at that time to be powered by electricity alone, and “burned” $6 of electricity via a lithium-ion battery pack.

Ganzarski previously told AOPA the firm expects to have its electric airplane motor certified with paying passengers aboard by early 2023.