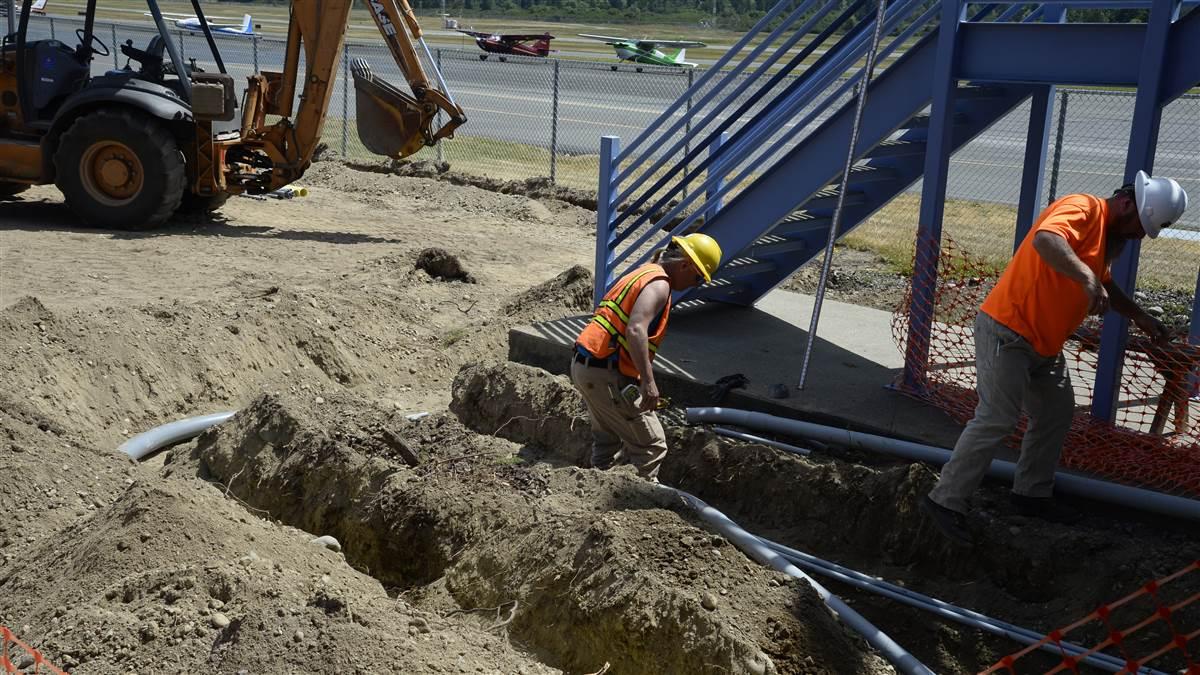 Public-use community airports, whether publicly or privately owned, can face a number of challenges. Some involve physical and tangible issues—noise complaints, residential encroachment, and obstructions—while others are related to issues of perception. Let’s look first at the physical and tangible challenges your airport might face, along with the many ASN resources available to help address and resolve these issues.

Everything has beauty, but not everyone sees it.—Confucius

Located in the center of Florida’s most densely populated county is St. Petersburg-Clearwater International Airport (PIE). Working with numerous stakeholders, the airport developed and implemented a successful voluntary noise abatement plan—the PIE Fly Friendly program—that can serve as a model for other community airports. For detailed information, visit the airport's website.

Few sounds get a pilot’s heart pounding quite like the roar of an airplane on takeoff. Unfortunately, that same sound can get local residents up in arms. Although aircraft are typically no louder than other sources of noise in a community, the sound is often considered more obnoxious.

Tip: Aircraft noise can be reduced in a variety of ways, from flying modified traffic patterns to avoiding low, dragged-in approaches. Determine where the noise-sensitive areas are around your airport, develop a voluntary plan to avoid those areas (if feasible), and share this plan with based pilots, transient pilots, local residents, and elected officials. 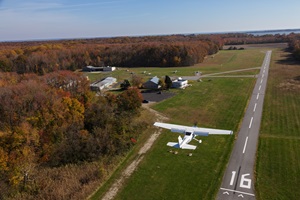 Closely related to noise complaints are the issues of incompatible land use and residential encroachment. As the demand for housing increases in a community, a once idyllic country airport may quickly find itself surrounded by residential subdivisions.

Encroachment issues can be addressed by working with the local planning office to develop workable solutions for land use.

Located in Loudoun County, Virginia, Leesburg Executive Airport (JYO) is the only publicly owned public-use airport in one of the nation's fastest growing counties. Leesburg Executive is situated within the boundary of the town of Leesburg, but all property beyond the airport's "fence" is under the jurisdiction of the county. Such cross-jurisdictional influence areas, though common at U.S. airports, add to the complexity when a developer proposes building houses on land adjoining the airport, as happened at Leesburg several years ago.
Members of the Leesburg Airport Commission, the mayor, and town council all opposed the development. They rallied local pilots and antigrowth leaders—including a politically influential environmental group that viewed the airport as green space—to oppose the pro-development county board of supervisors.
During county public hearings over the next 12 months, voters continuously spoke out against the development and AOPA weighed in. In the end it was local residents—voters—who were the key to protecting the airport. Individuals called and emailed county supervisors and attended county hearings, and ultimately the county board of supervisors voted 8-to-1 against the development.

Encroachment can be an airport’s death warrant. In an effort to expand the tax base and appease voters, local politicians could turn their backs on the airfield and side with developers and residents seeking to close the facility.

Encroachment issues can be addressed by working with the local planning office to develop workable solutions for land use. These solutions might include: 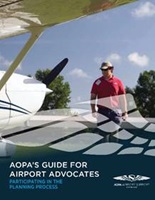 AOPA's Guide for Airport Advocates: Participating in the Planning Process is a useful handbook that will guide you through the steps of the land-use and airport planning process. The booklet offers examples of successful advocacy efforts and introduces the buzzwords, political groups, and industry practices that will help you become an effective airport advocate.

The FAA provides more than $3 billion annually in the Airport Improvement Program (AIP) to fund major infrastructure projects at airports across America. Airports that receive money through the FAA’s AIP accept certain grant assurances or obligations. Compatible land-use issues are addressed in the contract between the federal government and the airport sponsor. Airport owners, also known as "sponsors," are asked to ensure through zoning or other measures, that nearby development is compatible with airport operations.

The National Plan of Integrated Airport Systems (NPIAS) is a federal plan that identifies more than 3,300 airports that are significant to national air transportation and are eligible to receive federal grants under the Airport Improvement Program. The plan also includes estimates of the amount of AIP money needed to fund infrastructure development projects that will bring these airports up to current design standards and add capacity at congested airports.

When an airport accepts federal funds from the FAA Airport Improvement Program (AIP), the airport sponsor must agree to certain obligations, such as proper maintenance of the airport and keeping the airport open and operating for public use for a specified time (usually 20 years) after the grant is awarded. The FAA can withhold funds or require repayment of funds if the grant assurances are not met. ASN volunteers and airport support groups should monitor these obligations and alert AOPA if there’s a problem with the airport sponsor abiding by grant assurances.

This manual provides basic guidance for the continuing commitments airport owners make to the United States as a condition for the grant of federal funds or the conveyance of federal property for airport purposes.

The FAA's Airport Compliance Program administers the rights obtained by airport users and the public at large in exchange for federal assistance to airports in the form of grants or land. Having accepted the federal assistance, the airport owner (sponsor), agrees to live up to a series of obligations, also called "assurances," laid out in the contract it signed with the federal government.

Note: When the FAA determines that the airport sponsor has failed to meet its obligations, an airport compliance issue arises. Compliance disputes are resolved through a set of procedures that include both informal and formal components.

Development of land near an airport sometimes includes tall buildings, towers, or wind turbines, which can be a hazard to landing and departing aircraft. This can lead to higher minimum descent altitudes or longer displaced runway thresholds, negatively impacting operations at the airport.

Learn more about the FAA's obstruction evaluation process in this AOPA issue brief. To sign up for email notification of proposed obstructions near your airport, visit the FAA's Obstruction Evaluation/Airport Airspace Analysis website (OE/AAA).

Federal aviation regulations require that persons wishing to construct a tall structure must notify the FAA if the structure exceeds the notice criteria outlined in FAR 77.13(a), but the agency has no enforcement jurisdiction. The FAA's only authority is to study the request and make a determination as to whether it presents a negative impact to the safe and efficient use of the airspace. That said, construction rarely proceeds if the FAA determines that the obstruction presents a hazard to air navigation.

The airport owner (sponsor), agrees to live up to a series of obligations, also called ‘assurances,’ laid out in the contract it signed with the federal government.