Get the app Get the app
AOPA will be closing at 2:30pm ET Wednesday, November 23rd, and will remain closed Thursday and Friday in observance of the Thanksgiving holiday. We will reopen Monday November 28th at 8:30am ET.
AOPA Members DO more LEARN more SAVE more - Get MORE out of being a pilot - CLICK HERE
News & Media Notable quotables from Sun ‘n Fun 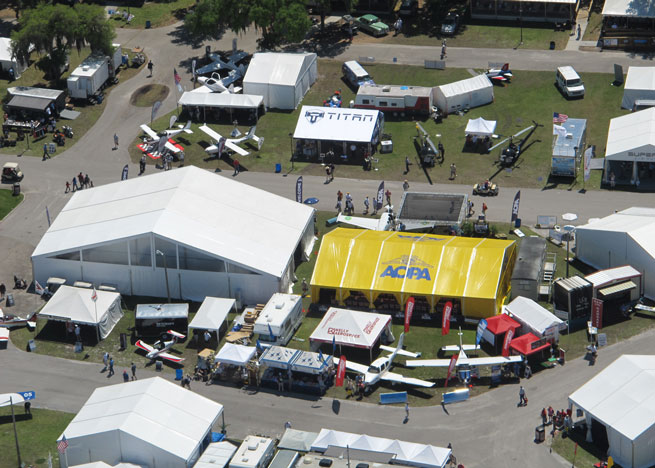 The 2014 Sun ‘n Fun International Fly-In and Expo in Lakeland, Fla., was full of news and quotes from industry players. Below is a selection of some of the more interesting quotes from the show.

“Back when I was privileged to be a part of the Apollo program, the USA was number one in science and technology fields. No one had ever heard of STEM because we were at the top. Unfortunately today America is falling behind other countries. STEM is exactly the focus of Think Global Flight reaching.” — Buzz Aldrin, Apollo 11 astronaut

"Again, no safety argument has been shown to demand such heavy restriction and the action, if enforced, could sharply curtain development of electric-powered aircraft. The most promising sector of aviation to be early adopters of electric power includes LSA, light kits, and ultralight aircraft.” — Dan Johnson, president of the Light Aircraft Manufacturers Association, on an FAA draft order that would impose significant new limits on some light sport aircraft.

“It was originally going to be a recorded loop of information, then at air show time, we were going to broadcast air show commentary live.  But I saw so much more potential. So first, I added interviews. I kept going to Henderson and asking permission to do things. He said as long as I didn’t cause Sun ‘n Fun to lose its radio license I could do whatever I wanted.” — David Shalbetter, founder of Sun ‘n Fun Radio.

“We’re looking to combine or move the production lines where it makes sense. For example, Plant 3 at the Beech factory has a composite autoclave oven, so it might make sense to move production of the all-composite Cessna TTx there. Those are the kinds of things we’re considering right now, but we haven’t made any decisions yet.” — Textron Aviation Vice President for Pistons Joe Hepburn on future prospects for Cessna and Textron.

“Our paths in aviation are widely varied, as pilots and mechanics. But we all share a passion for aviation and making sure things are safe and airworthy. These awards recognize those who have been a safe pilot or mechanic for at least 50 years. We're all the descendants of the Wright brothers and mechanics are descendants of Charles Taylor.” — Bob Locke, master pilot and mechanic, at the FAA’s Wright Brothers Master Pilot and Charles Taylor Master Mechanic awards.

“SATAS is a concept for using off-the-shelf technology to provide detailed surveillance of the airspace surrounding the airport, and enhance the situational awareness for aircraft operators.  The ultimate goal of SATAS is to provide automated air traffic advisories and alerts to prevent midair collisions, and to avoid unsafe runway conditions, to pilots operating on and around airports in a non-ATC environment.” — Dave Byers, SATAS program manager.